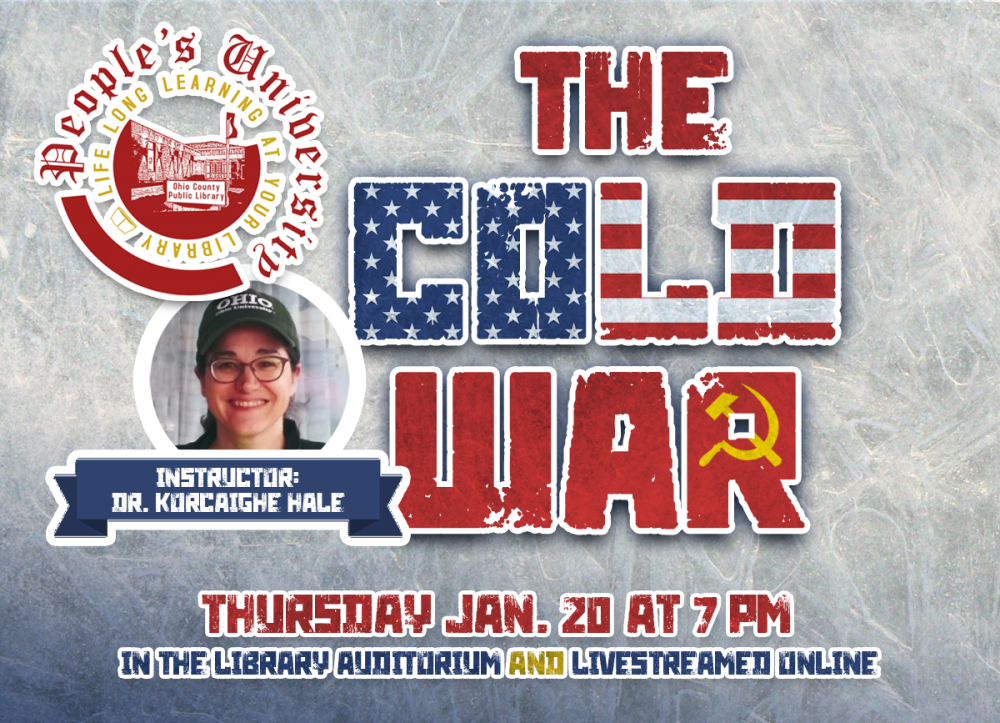 Class 8: "Epilogue, Duck and Cover: Is the Cold War Over?"

In the last class of our Cold War series, we look to the present and the future. Dr. Hale will look at the collapse of the Soviet Union, uneasy partners and the first Gulf war; the momentary seduction of democratic peace theory; the structural conflict between big powers; the legacies of NATO and Russia: Cold War armaments/nukes/biological warfare, control of resources, and power displays. We'll also look at Cold War relics, like the  Greenbrier bunker, missile silos, etc.

INSTRUCTOR: Dr. Korcaighe Hale is Associate Professor of History at the Zanesville campus and began her career examining the nature of Irish neutrality policy during World War II and after, as well as European diplomacy in the immediate post-World War II era. More recently, her research has expanded to include modern popular culture studies, and she is currently working on a monograph examining the use of historical methods in science fiction. Dr. Hale earned a B.A., Journalism and History, from the University of Montana, an M.Sc., International History, from the London School of Economics, and her Ph.D. in History from Ohio University.

Class starts at 7:00 pm in the Library Auditorium. This program will be available to watch live on Facebook Live, on YouTube, and on the OCPL website's People's University: The Cold War Livestream page.  Log into your Facebook or YouTube account during the program to leave questions for Dr. Hale in the comments box. She will answer them during the live broadcast.