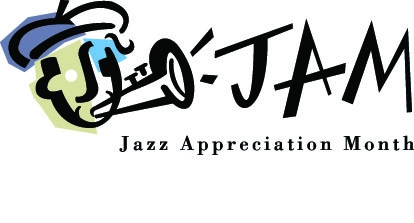 From the Archives: Chu Berry 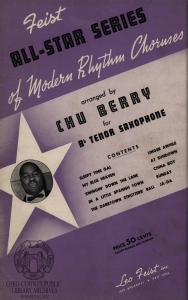 Although his music career was tragically cut short, Chu Berry achived tremendous acomplishments during his lifetime. Berry would record sessions for famed record producer and talent scout John Hammond, who he credited much of his success. His recording credits would include work with Bessie Smith, Lionel Hampton and most notably Cab Calloway. In 1941, while touring with the Cab Calloway Orchestra, Berry was killed in an automobile accident at the age of thirty-one.  Calloway, who attended Berry's funeral in Wheeling, said Berry would always be a member of his band.

The Feist All-Star Series of Modern Rhythm songbook in the Ohio County Public Library Archives collection was copywrited in 1939 by the Leo Feist, Inc. company of New York, New York. The booklet, copywrited only a few years

Renowned musicians today, such as Branford Marsalis, site "Chu" as among their prominent musical ancestors. As we celebrate Jazz Appreciation Month, we recognize the contributions of Wheeling native Leon "Chu" Berry to the continued development of jazz music.

Discover More About Chu Berry and Jazz at the Links Below

Imagine What You Will Discover About Jazz at YOUR OCPL -