LUNCH WITH BOOKS: Hazel Dickens - A tribute to the Labor Activist and Song Writer 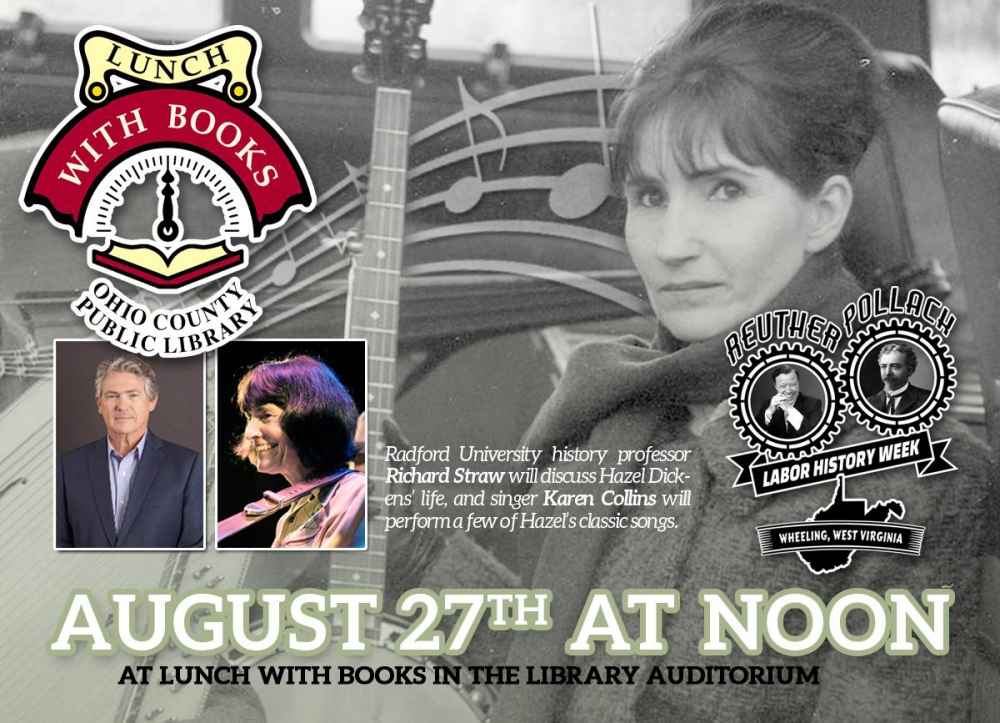 Lunch With Books, in partnership with the WALS Foundation, the Reuther-Wheeling Labor History Archive, and Reuther-Pollack Labor Heritage Week, will celebrate the life and music of the legendary West Virginia singer, songwriter, and union activist, Hazel Dickens. Our program, featuring Professor Richard Straw and singer Karen Collins, will focus on Hazel's labor activism and related songs.

Smithsonian Folkways Magazine called Hazel Dickens “one of the most important bluegrass singers of the last fifty years...” She was born in Moncalm, WV in 1935. At age 16, Hazel left for Baltimore to work in the factories, but kept playing her music. In the 60s, Hazel began writing and singing about labor issues with songs like “Black Lung,” & “Mannington Mine.” Her powerful voice was featured in the films Harlan County U.S.A. and Matewan. She was inducted into the WV Music Hall of Fame in 2007. Despite living in Washington, D.C. most of her life, Hazel’s heart was always in WV, as reflected in her anthem, “West Virginia My Home.” Hazel passed in 2011. Radford University history professor Richard Straw will discuss her life, and singer Karen Collins will perform a few of Hazel’s classics. According to her website, Karen sings in a traditional style—“Hazel Dickens meets Loretta Lynn…”

Our program will focus on Hazel's labor activism and related songs. 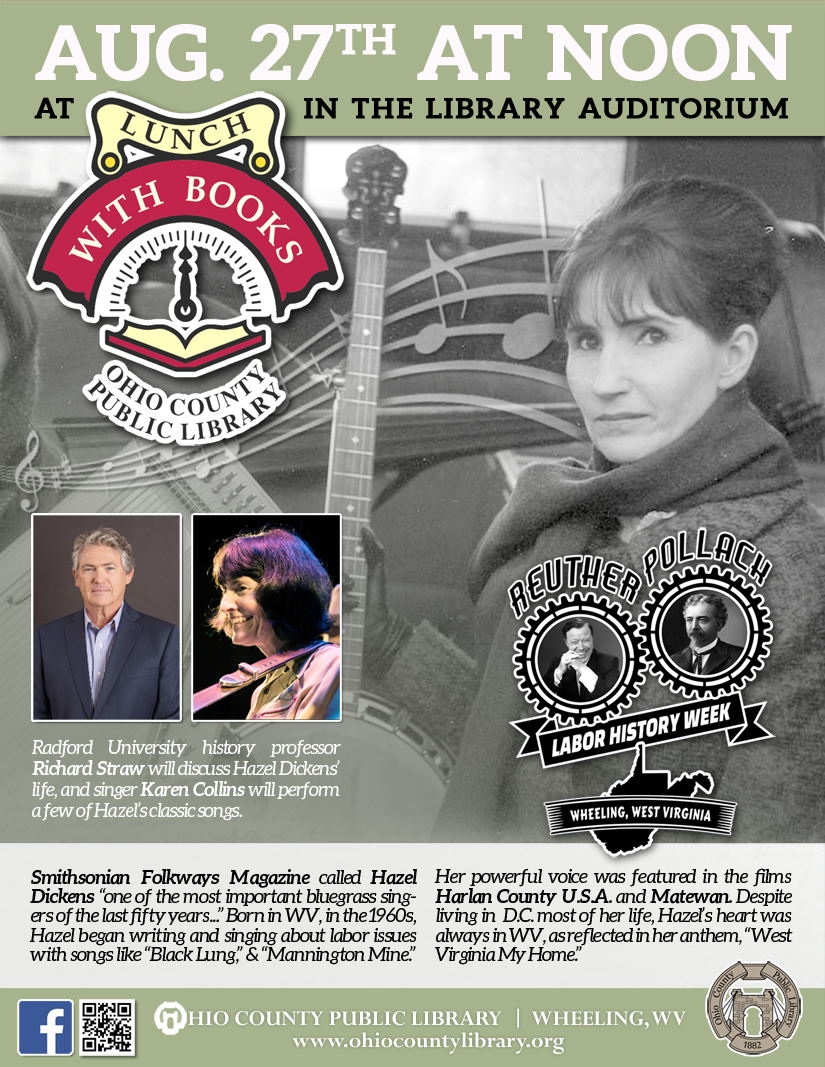 Professor Richard Straw, who interviewed Hazel will discuss her music and union activism, and the great country singer Karen Collins, who knew Hazel well, will perform a few of Hazel's classic songs, such as "Black Lung (written for her brother)," "They'll Never Keep Us Down," and "Mannington Mine Disaster," "Coal Miner's Blues," and "West Virginia, My Home."

Richard Straw is a professor of History at Radford University in Virginia, where he teaches courses on the American South, American Immigration, Appalachian History, and Public History. His major scholarly interests are in the ways that images of the past can inform our perceptions of history and in the ways that history is presented to the general public in non-academic settings. He has authored three books using historical photographs in the Images of America series and is the editor of High Mountains Rising: Appalachia in Time and Place. This book won the award as book of the year given by the Appalachian Writers Association in 2005. Dr. Straw has also given a number of conference presentations on and taught in the field of American roots music. He interviewed Hazel Dickens at the home of Mike Seeger for the article, "Hazel Dickens & Mike Seeger," published in Interviewing Appalachia. Knoxville: University of Tennessee Press, 1994.

Karen Collins was born and raised in Virginia, not far from where Hazel Dickens grew up and is a real "coal miner's daughter" herself. She lives today in the DC area where she performs frequently as lead singer with the honky-tonk band, The Backroads Band, and the Cajun band, Squeeze Bayou. She also sings with the acoustic country quartet The Blue Moon Cowgirls, plays solo shows, and teaches singing classes. She has won multiple Wammies (Washington Area Music Awards) for “Country Vocalist”, “Country Duo/Group” (for the Backroads Band) and “Country Recording” for her most recent CD, “No Yodeling on the Radio.”

Karen also teaches at the Augusta Heritage Workshops in Elkins, West Virginia. Hazel Dickens told her one time, "You look like I did when I was young." According to her web site: "Karen writes exceptional songs that she delivers in a traditional style—Hazel Dickens meets Loretta Lynn..."

▶ Hazel in the film Matewan: https://www.youtube.com/watch?v=QJrNPxZsXk8

▶ Karen Collins & The Backroads Band "Too Much Me & Not Enough You": https://www.youtube.com/watch?v=FqWGY7mSLYw

- Tuesday, August 27, 2019 -
Lunch With Books starts at noon in the Library Auditorium.