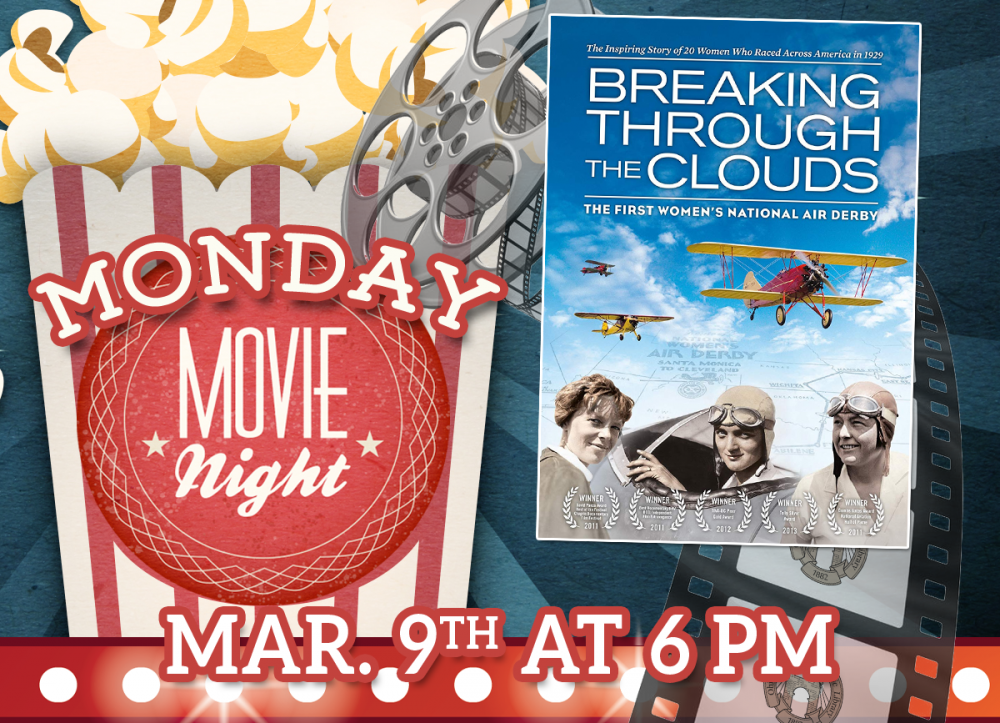 NOTE: On Tuesday, March 10 at noon, Executive Producer Heather Taylor will discuss her documentary about the 1929 Women's National Air Derby at Lunch With Books at the Ohio County Public Library.

The inspiring true story of twenty female pilots including Amelia Earhart, who defied convention by racing across America for nine grueling days in the summer of 1929. With little navigational aide and plenty of public scrutiny, these aviators succeeded as pilots in spite of their social status of being female in an era where women rarely drove automobiles. Facing cultural stereotypes, mechanical failures, threats of sabotage, navigational challenges, and endless chicken dinners, the women persevered. Whether fighting a fire in the cockpit, landing in a pasture full of cows, or facing criticism and demands for the race to stop after the death of a colleague, the women captured the world’s attention as they rallied to prove this was more than just a race. Despite several heartbreaks and setbacks, there were many moments of joy, laughter, and pure wonder. Wearing breeches and goggles in the day and ball gowns in the evening the women shared a genuine camaraderie while making a statement in a new era, with new technology, and new dreams. They became ambassadors of flight in the golden age of aviation proving women could be independent, competitive, self-sufficient, intelligent, competent, graceful and above all, really good pilots.

The Library's Monday Night Movies take place every second Monday of the month. Movies start at 6:00 pm in the Library Auditorium. Light refreshments and popcorn are served.