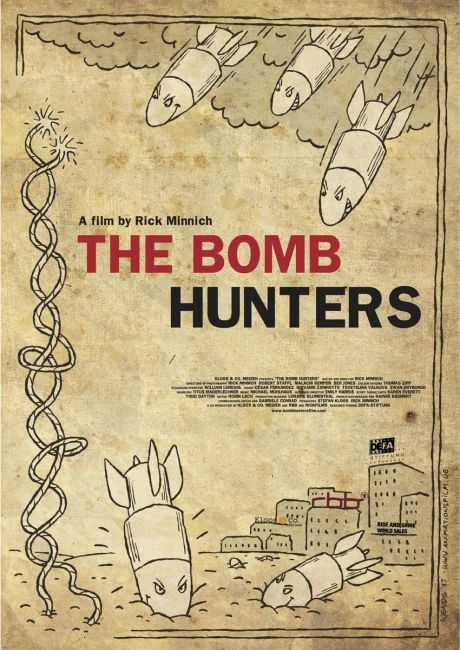 Free Screening of the Documentary "The Bomb Hunters" with Director Rick Minnich
December 5, 2017, at 7 pm

What does it feel like to live atop hundreds of bombs which could explode at any moment? Such is the daily life of the 43,000 citizens of Oranienburg on the northern outskirts of Berlin. The center of Nazi efforts to build an atomic bomb, Oranienburg became the target of the heaviest single Allied bombing of World War II. Now, seventy years later, the town's charismatic mayor, his intrepid bomb disposal experts, and a bomb-victim-turned-media-star are joining forces to rid their home of some 300 deadly bombs before they go off. 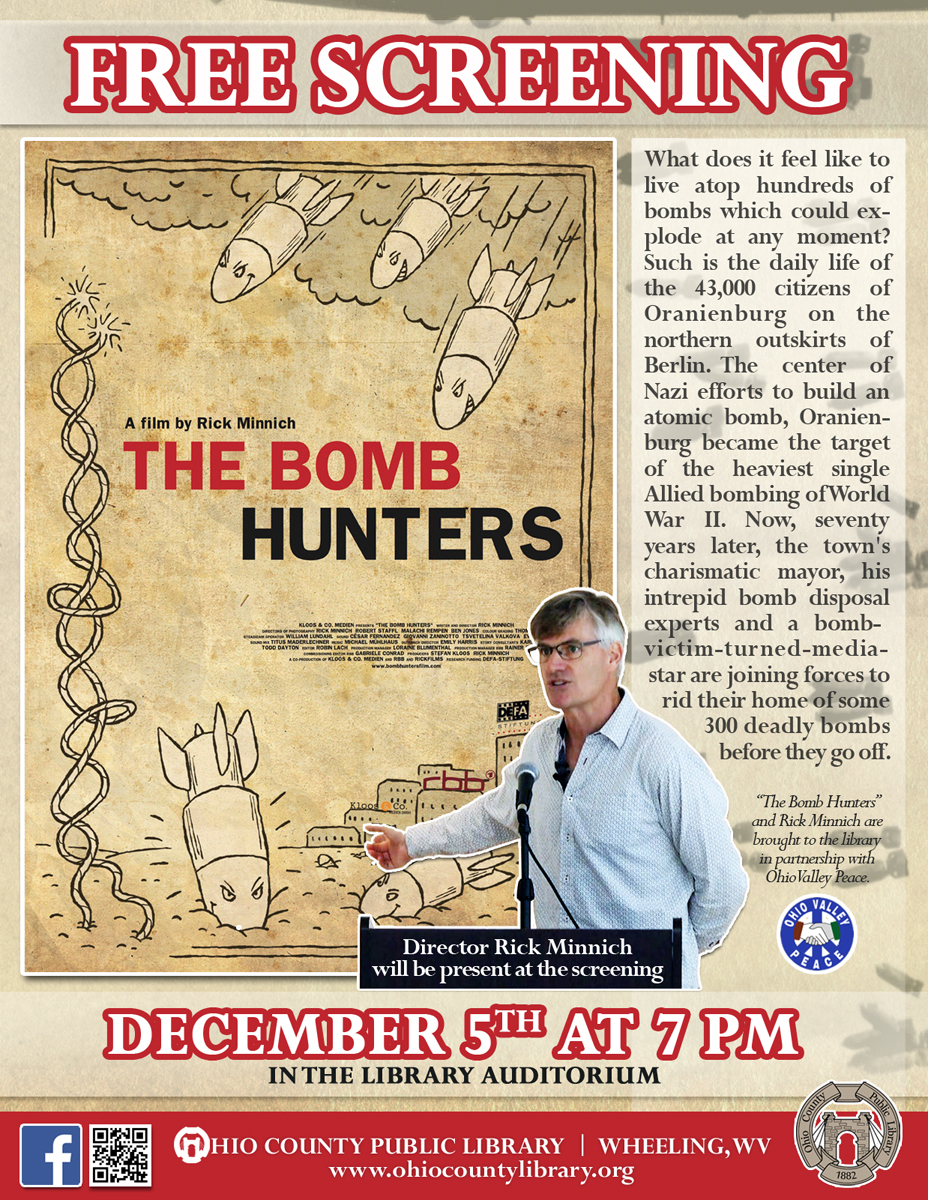 Rick Minnich is an American independent filmmaker based in Berlin, Germany. Rick has been writing, directing and producing shorts and feature documentaries since 1993 and since 2001 through his company Rickfilms and in association with other groups. His award-winning films include: "Heaven On Earth," "Forgetting Dad," "Homemade Hillbilly Jam," and "The Bomb Hunters." He is currently the “Documentary Filmmaker in Residence” at Robert Morris University in Moon Township, PA.

The free screening of "The Bomb Hunters" is brought to the library in partnership with Ohio Valley P.E.A.C.E. Complimentary beverages will be provided.

The Ohio County Public Library's programs are free and open to the public. Complimentary beverages are provided. For more information, call the library at 304-232-0244.