LUNCH WITH BOOKS: Chris Rodell Returns with Growing Up in the Real Mister Rogers' Neighborhood 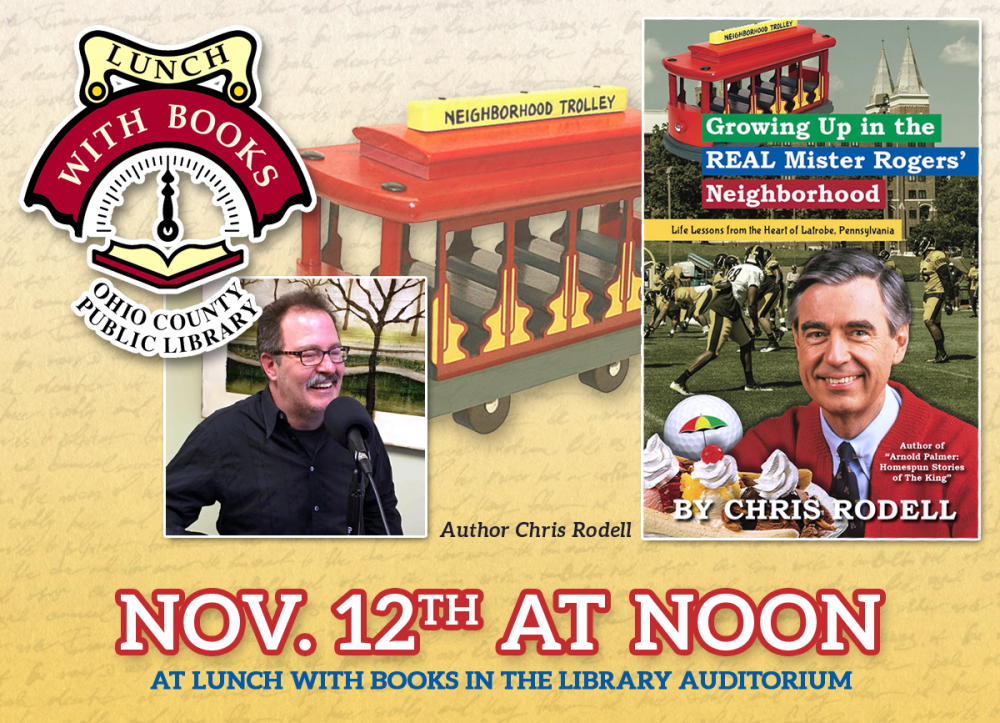 The story of America’s favorite neighbor is being told in a movie starring America’s favorite actor. Yes, Tom Hanks will play Fred Rogers in, “A Beautiful Day in the Neighborhood,” set for a Nov. 22 release. And now the local author who wrote about his oddball friendship with neighbor Arnold Palmer is back with another endearing volume about life in the Real Mister Rogers’ Neighborhood. Yes, Chris Rodell and iUniverse in October released "Growing Up in the REAL Mister Rogers' Neighborhood: Life Lessons from the Heart of Latrobe, Pennsylvania.”

Part history, part biography, the book is a freewheeling conversation about what makes this one small town so special. One big reason is Rogers, a man visionary educators are beginning to equate with spiritual leaders like Gandhi and Martin Luther King Jr. It tells the stories of couples he married, souls he saved and if calling him “Christ-like” is blasphemous or accurate. It has previously untold stories of Rogers being a life-saving superhero and of him being perfectly human. In a world that cries out for civility and healing, it’s the only book about Mister Rogers’ Neighborhood by an author who actually lives there.

Pennsylvania Gov. Tom Ridge says in the “REAL” foreword: “Chris Rodell writes about Latrobe the way Sinatra sings about New York, unflinching about the gritty realities, but with abiding affection and relentless positivity about the future.”

Pittsburgh Pride series author Jim O’Brien says, “Like so many great writers, Chris’s keen sense of humor stems from a bemused conviction that the world is mad. The world may be mad, but Chris rarely is. I like him and I like the way he writes. I think you will, too.” 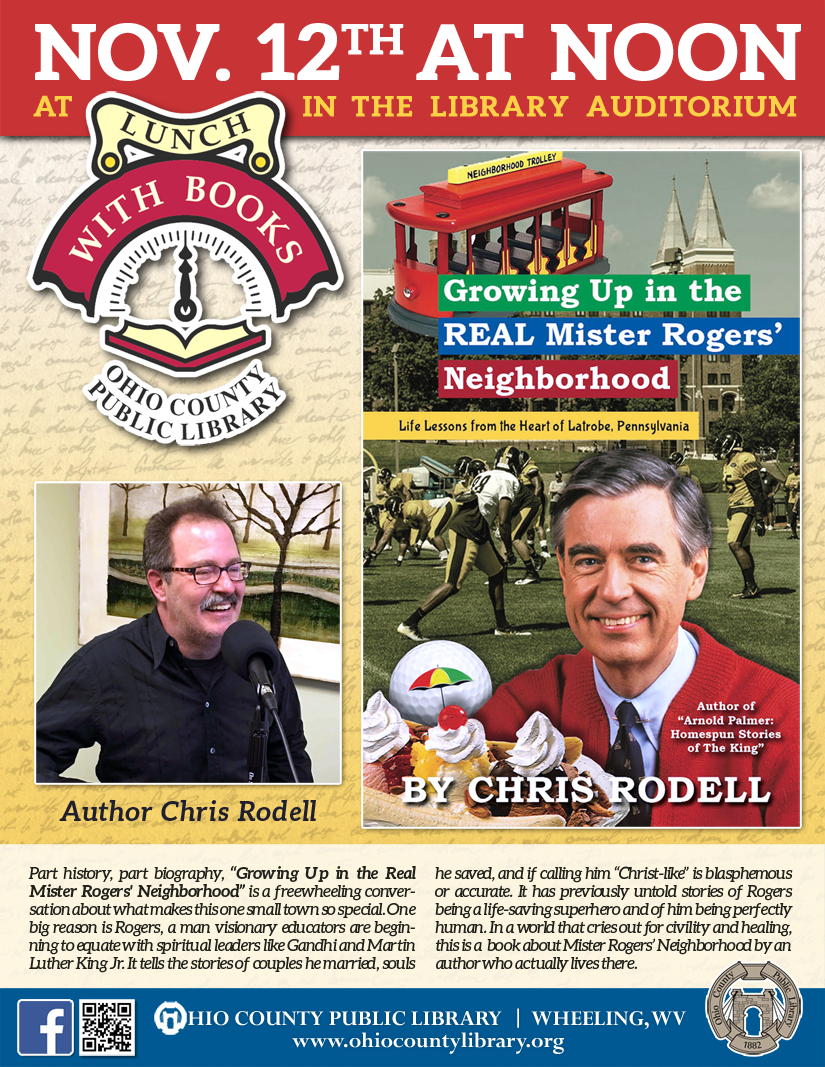 SPEAKER BIO: Chris Rodell is the author of "Arnold Palmer: Homespun Stories Of The King,” the quirky book about his oddball friendship with one of the planet’s most popular and beloved men. His books include “Use All The Crayons! The Colorful Guide To Simple Human Happiness,” and “The Last Baby Boomer: The Story of the Ultimate Ghoul Pool,” a novel that was bestowed the 2017 TINARA Award for Outstanding Satire. In Rodell’s career as a freelance writer, he has wrestled alligators, raced Ferraris, gone skydiving and gained twenty pounds in one week eating like Elvis. He lives in Latrobe with his wife Valerie, their daughters, Josie and Lucy, and a small loud dog named Snickers.

- Tuesday, November 12, 2019 -
Growing Up in the Real Mister Rogers' Neighborhood