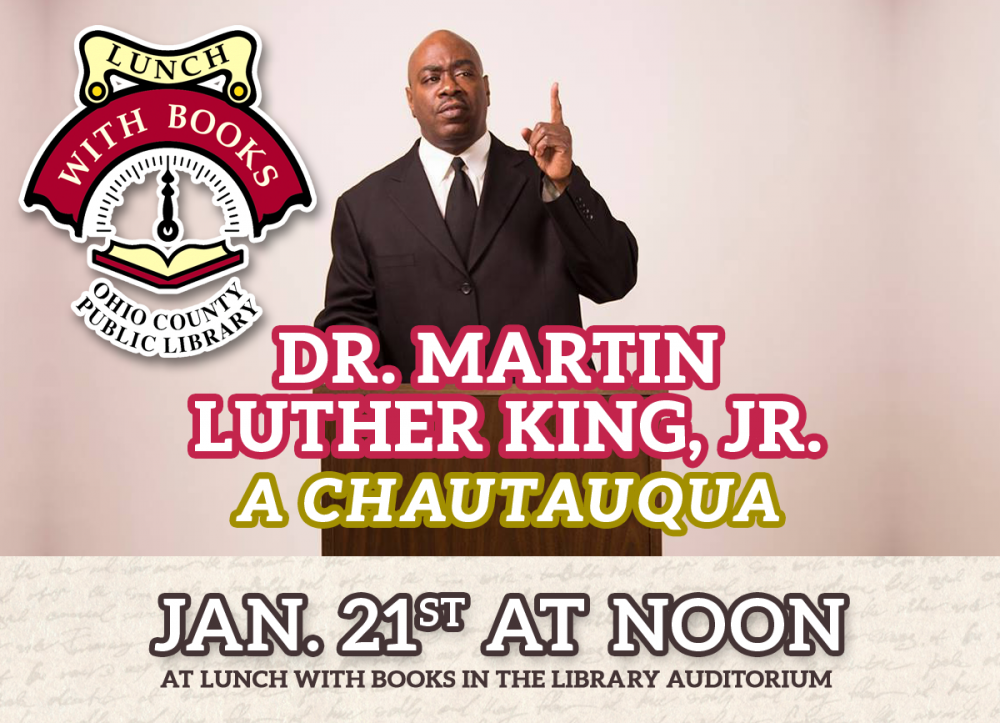 Marvin Jefferson portrays Dr. Martin Luther King, Jr. through Chautauqua (first-person historical characterization), followed by a Q & A session. Jefferson focuses on Dr. King’s spiritual journey from his youth to his opposition to the Vietnam War in 1967. King is one of the most celebrated African-Americans of the 20th century and was known best as a leader in the U.S. Civil Rights movement. A clergyman, activist, and humanitarian, King’s honors include the Nobel Peace Prize, Presidential Medal of Freedom and Congressional Gold Medal. 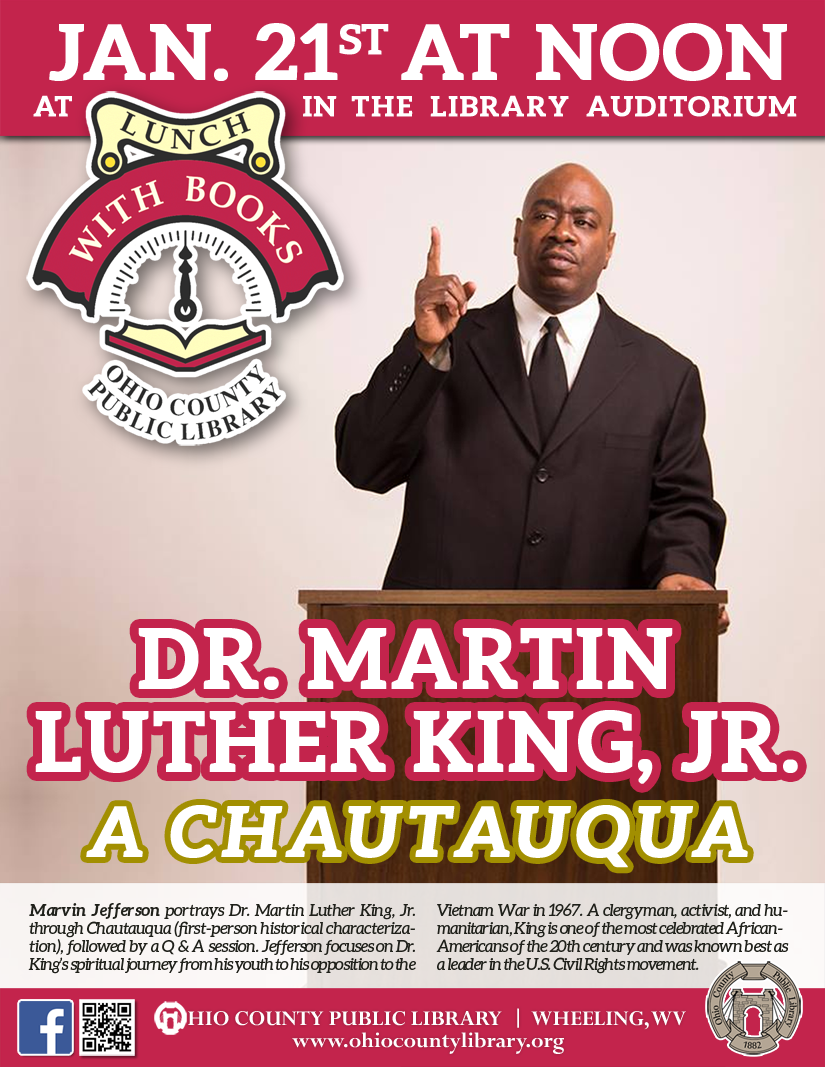 Speaker Bio: Marvin Jefferson has been building a national reputation for his portrayals of MLK and Paul Robeson over the past couple of decades. His appearances include performances at both the Nevada and Ohio Chautauqua festivals.