Lunch With Books: From An Górta Mor to Riverdance: The Irish Potato Famine in History & Memory 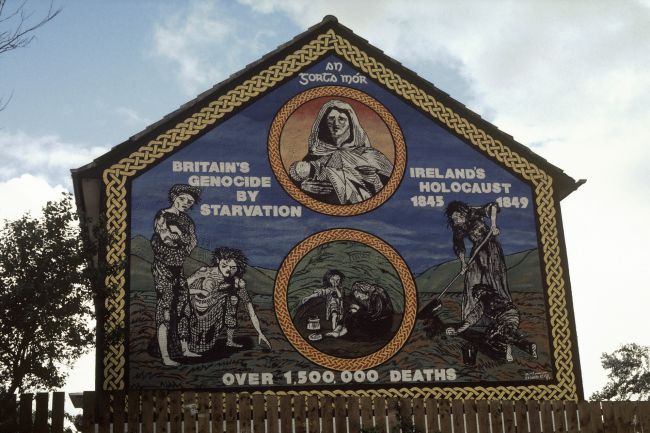 From An Górta Mor to Riverdance: The Irish Potato Famine in History & Memory

Spoken-word artist Chuck Lanigan goes beyond the green beer and Riverdance depiction of Irish ‘troubles’ to explore the most traumatic event of Irish culture and history. The Irish Potato Famine (An Górta Mor — or “Great Hunger”) of 1845-1850 compares to the Soviet famine in the Ukraine and more recent human tragedies in terms of impact. Was the potato famine genocide, or just an unfortunate convergence of historical and agricultural factors? What was the culpability of the British government or of Irish culture itself? Through music, images and first-hand accounts by figures such as Charles Trevelyan, the production will challenge popular perception about an event that killed one million Irish and sent many more fleeing to Canada, New Zealand and the United States.