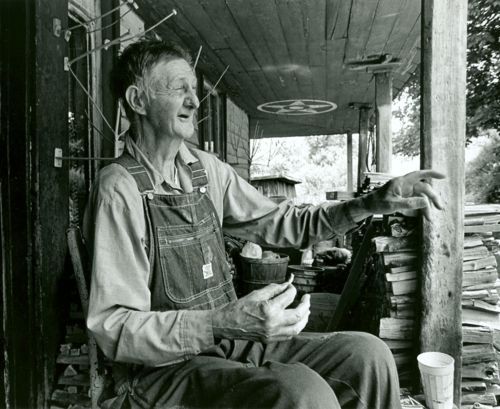 Class 4, August 23: A History and Overview of Appalachian Folklife

This course will provide an overview of the discipline of folklore, which includes study of vernacular forms of art, music, dance, stories, foodways, material culture, and architecture, from diverse cultural communities and traditions. We will consider how folklore and cultural heritage plays a role in all of our lives, and examine both old, established traditions such as quilt making, traditional Greek dance, and the Blues; as well as newer and emergent traditions including internet memes, graffiti, and zine culture.

Artist, writer, and storyteller Cheryl Ryan Harshman will provide some traditional, humorous Appalachian stories, some of which were recorded and published in the Grandfather Tales by Richard Chase.

Instructor Emily Hilliard is the West Virginia state folklorist at the West Virginia Humanities Council. She holds an M.A. in folklore from the University of North Carolina-Chapel Hill and a B.A. in English and French from the University of Michigan-Ann Arbor. Hilliard has worked at cultural heritage institutions including Smithsonian Folkways Recordings, the National Council for the Traditional Arts, Sandy Spring Museum/Maryland Traditions, and the American Folklife Center at the Library of Congress. From 2008-2014, she taught literature, creative writing, and cultural courses at the University of Michigan’s New England Literature Program, an intensive place-based living and learning community in the woods of Maine. Hilliard is a 2016 recipient of the American Folklife Center’s Henry Reed Fund Award for a public programming and documentation project highlighting the career of ballad singer Phyllis Marks, and was a 2014 Berea College Appalachian Sound Archives Fellow for research and publication on East Kentucky banjo player Nora E. Carpenter. Her writing about foodways, music, traditional culture, and other work has been published by NPR, Ecotone, UNC Press’ quarterly Southern Cultures, and the Southern Foodways Alliance’s James Beard Award-winning Gravy, among others. She also writes the pie blog Nothing in the House and is an old-time musician. Find her work at emilyehilliard.com.

Click here to listen to a recent interview of Emily on West Virginia Public Radio. 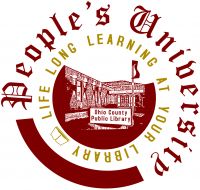 The People’s University is a free program for adults who wish to continue their education in the liberal arts, featuring courses taught by experts in each subject that enable patrons to pursue their goal of lifelong learning in subjects such as history, philosophy, and literature. There are no grades and patrons are welcome to attend all or only some programs.