PEOPLE'S UNIVERSITY ONLINE: The Struggle for Women's Rights - Class 1: The Ratification of the 19th Amendment - 100 Years 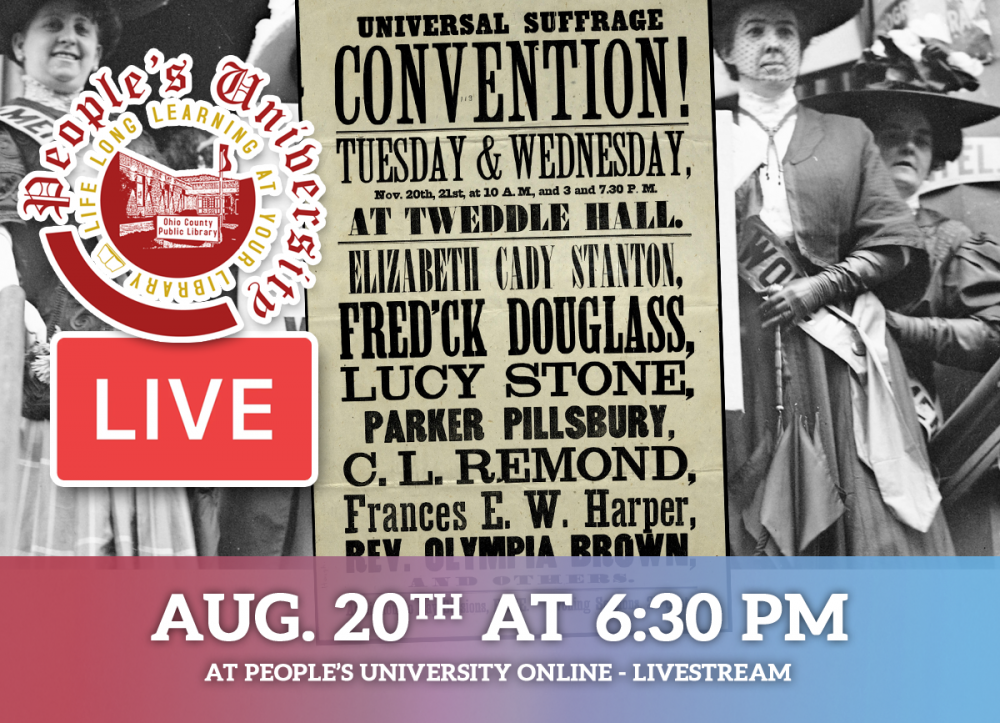 This class will be broadcast live simultaneously on the People's U Youtube channel and People's U Facebook page and will be available for playback following the end of the broadcast.

The first wave of American feminism before the Civil War culminated in the July 19 and 20 convention at Seneca Falls, NY, where 68 women (including Lucretia Mott) and 32 men (including abolitionist Frederick Douglass) signed the "Declaration of Sentiments" drafted by Elizabeth Cady Stanton, which said that "All men And Women are created equal." At the convention, suffragists and abolitionists spoke out for human rights and equality. In the years that followed, suffragists like Susan B. Anthony, Alice Paul, Lucy Stone, and Ida B. Wells carried on the long struggle until the 19th Amendment, which finally recognized the right of women to vote, was ratified on August 18, 1920.

Note: All attendees who ask a relevant question of our instructor toward the end of the program will be entered in a drawing to win a beautifully illustrated "Votes for Women Puzzle" created by Monica Garwood. 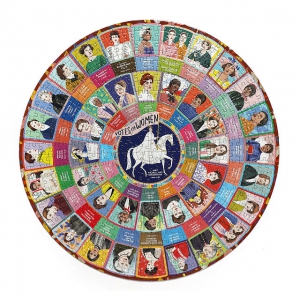