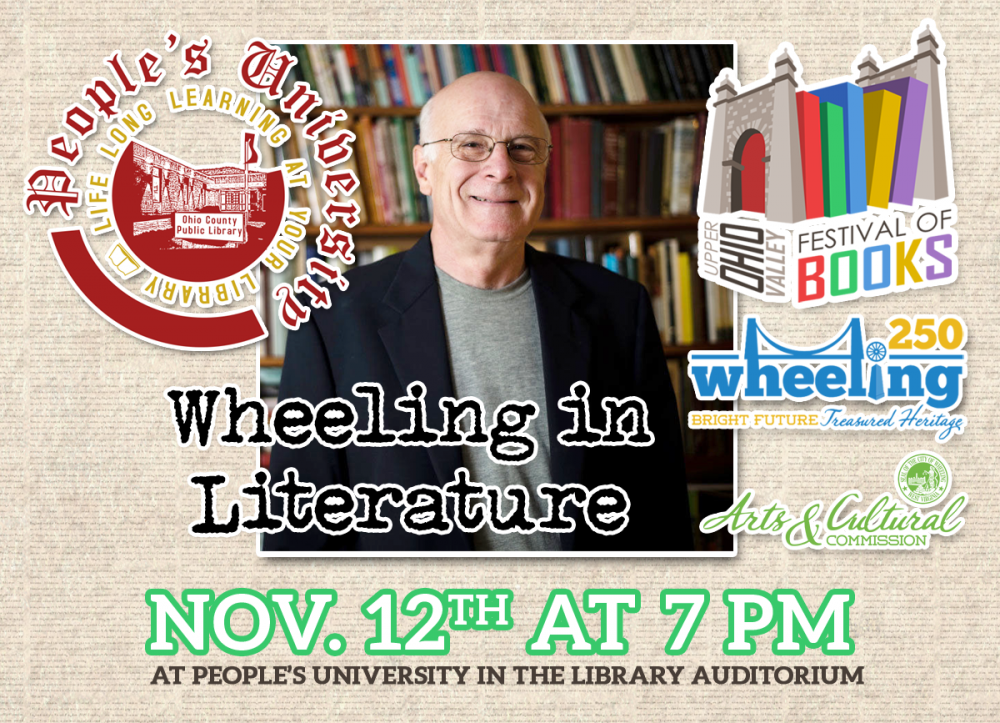 Part 2: Wheeling at 250: A Poem with Marc Harshman

Marc Harshman is the Poet Laureate of West Virginia. His Woman in Red Anorak, won the 2017 Blue Lynx Poetry Prize and was published last year by Lynx House/University of Washington Press. His fourteenth children’s book, Fallingwater, co-written with Anna Smucker, an Amazon Book of the Month, was published by Roaring Brook/Macmillan in 2017. His poetry collection, Believe What You Can, was published in 2016 by WVU Press and won the Weatherford Award from the Appalachian Studies Association. Poems have been anthologized by Kent State University, the University of Iowa, University of Georgia, and the University of Arizona. He has just been named co-winner of the 2019 Allen Ginsberg Poetry Award.

Harshman will read his poem, Wheeling at 250, commissioned for Wheeling’s sesquicentennial celebrations and then discuss the background behind his creation of this poem. He also plans to read selections from writers associated with the greater Wheeling area including James Wright and Rebecca Harding Davis, as well as a few other poems of his own rooted in Wheeling. To conclude, he will reflect upon the influence of Wheeling upon his life and work. 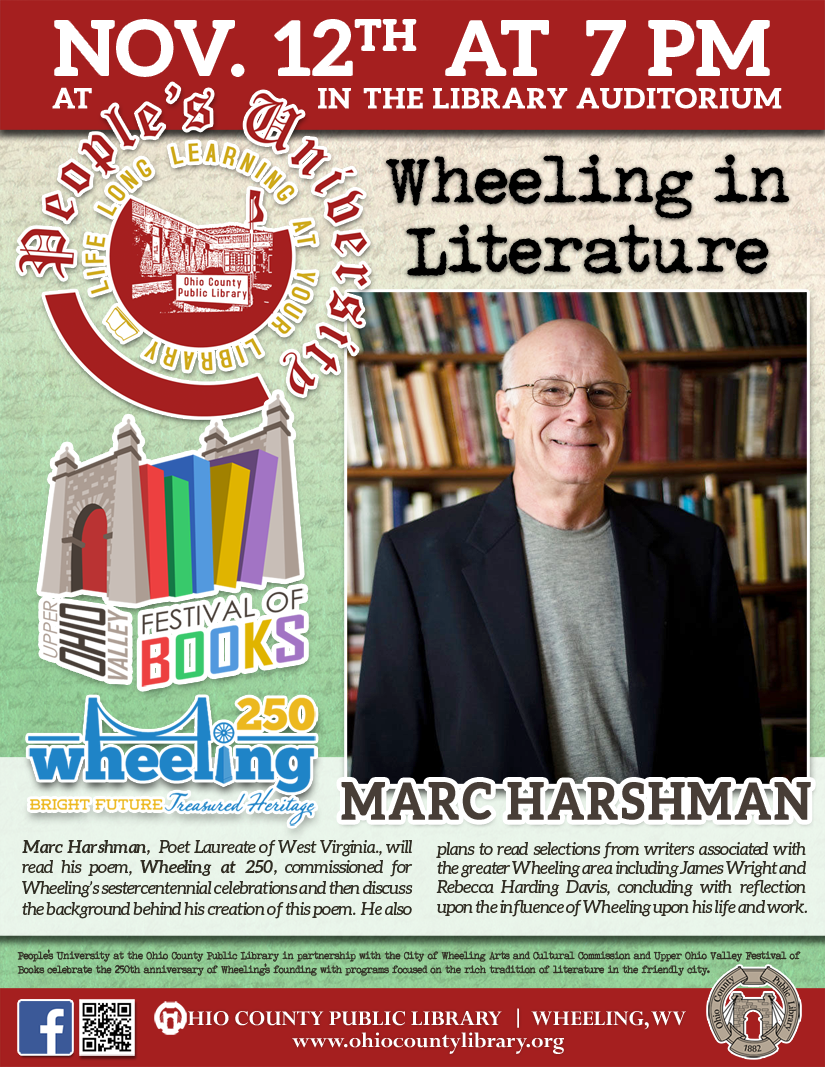