Part 3: The State Of My State: West Virginia (& Wheeling) Ten Years On with Sean O'Leary

Sean O’Leary is a Bethany College graduate and the son of Towngate Theater founder, Hal O’Leary. In addition to writing about West Virginia, he’s a playwright, whose play POUND was recently produced in New York with Christopher Lloyd in the lead and will soon be published by Dramatic Publishing. Sean is also the Communications Director at the NW Energy Coalition, an organization that develops public policy and advocates for a transition to a clean, affordable, and equitable energy system.

In 2010, Sean started writing a newspaper column that became a book about his home state of West Virginia with which he has a teeth-gnashing but loving relationship. After recently being drawn into a debate about J. D. Vance’s book and soon-to-be movie Hillbilly Elegy, Sean will revisit the questions of where we are as a state and where we’re going and explore the joy, suffering, pride, and shame that goes with being a West Virginian from Wheeling. 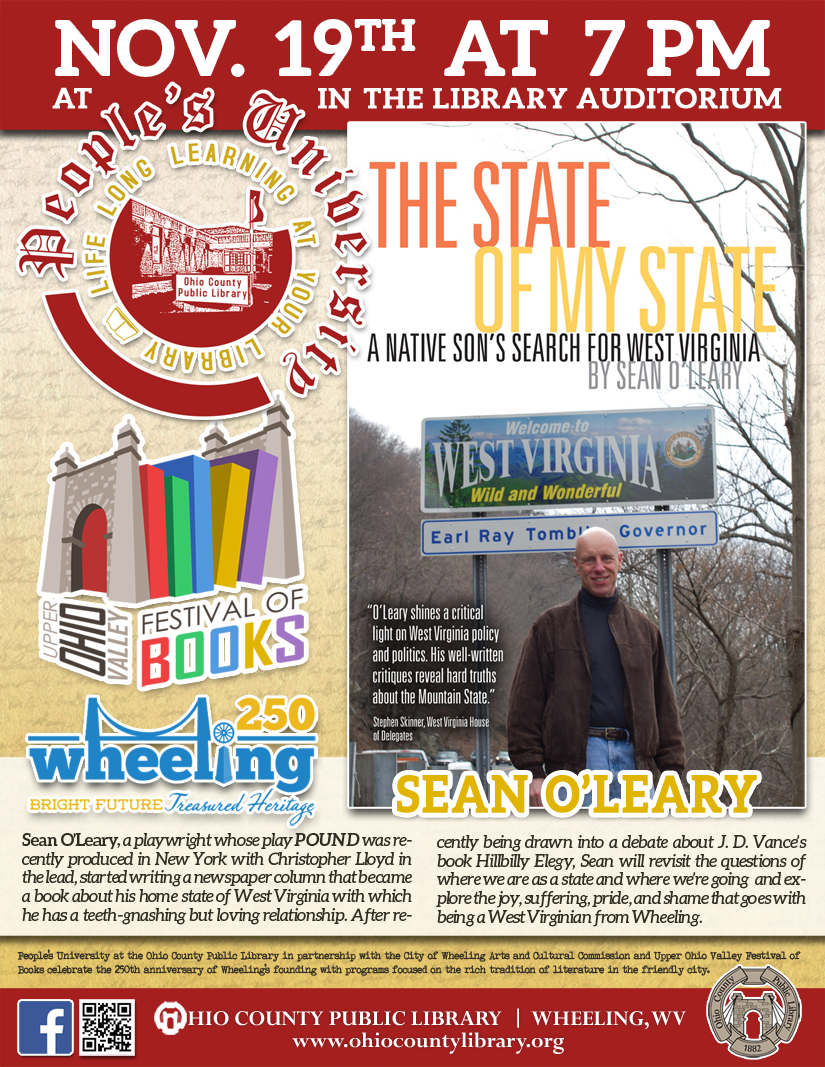