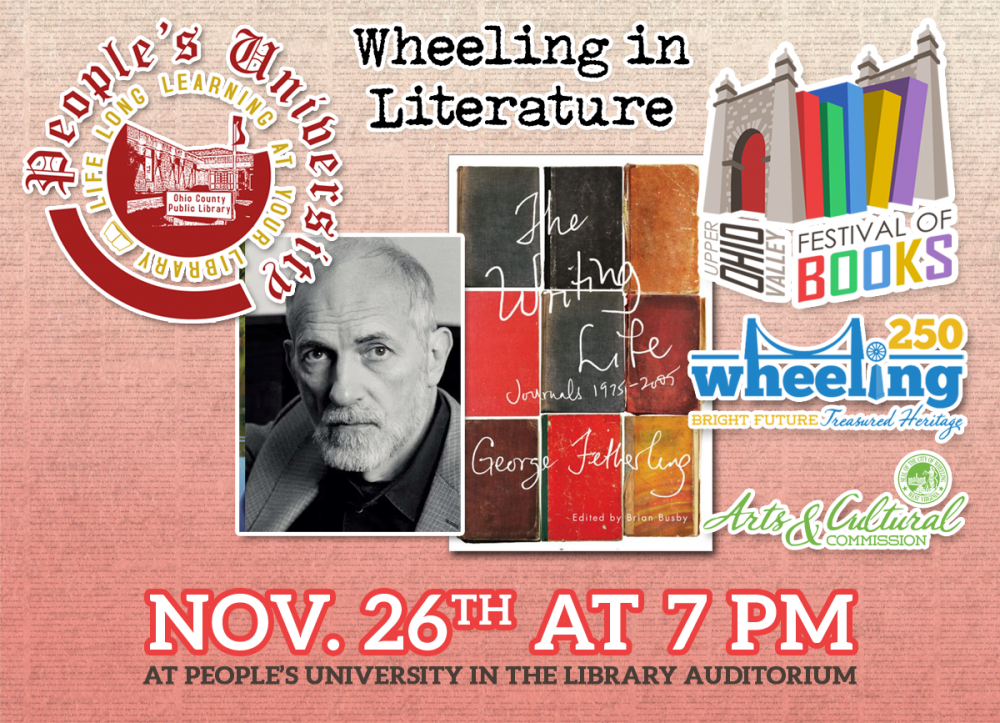 George Fetherling, poet, writer, editor, scholar, visual artist, was born in Wheeling in 1949. Fetherling moved to Canada when he was 18 years old, where he became an important creator and critic of Canadian art, both literary and visual. His 2004 long poem Singer: An Elegy memorializes his father. Of local interest, he is the author of Wheeling: an Illustrated History (1983), re-released in 2008 as Wheeling: A Brief History by Polyhedron Learning Media. In 2018, Fetherling released The Big Greek: the Rise and Fall of Bill Lias also through Polyhedron Learning Media and Friends of Wheeling.

Fetherling will discuss growing up in the 1950s and early 60s Wheeling. He will also speak about lesser-known Wheeling authors such as William Hamburger, one of The New Yorker's best, most durable, and most popular writers. Hamburger's wife, Edith Iglauer, was also a famous long-form New Yorker writer, remembered especially for her gargantuan day-and-day and week-by-week account of the building of the Twin Towers (and later, of course, of their destruction). Her family owned the biggest department store in Cleveland and were connected, by blood or by commerce, to the L.S. Good clan, and she spent every summer in Wheeling at one of the Good's houses. Also on the agenda, the Utopian crank William Mathers who drove the Wheeling newspaper publisher William Dean Howells into bankruptcy, and visitors such as Mark Twain, who was heartily welcomed, and Sadakichi Hartmann and Carl Sandburg, who were received quite differently. 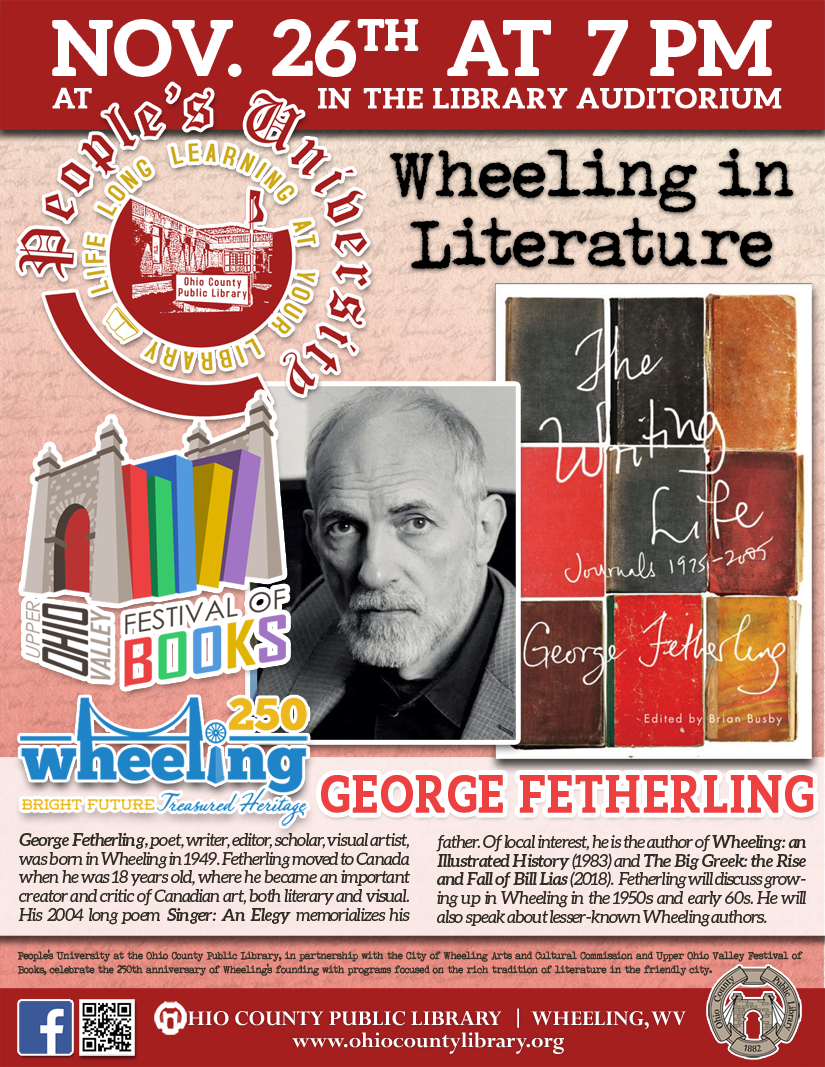