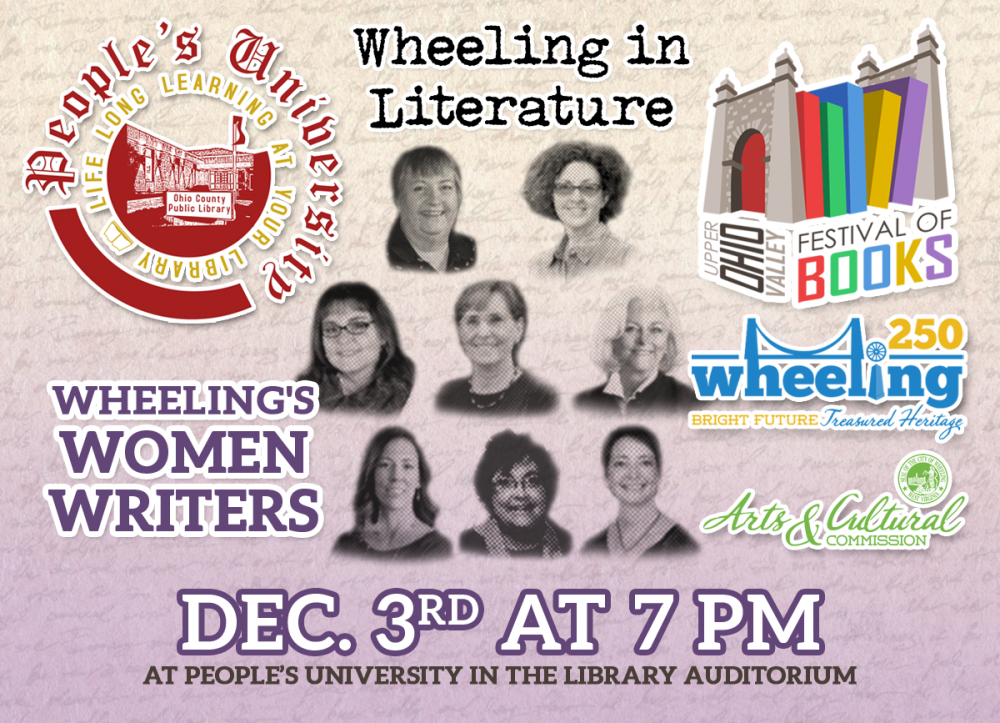 In addition to her own work, Dr. Fisanick will be talking about Wheeling's pioneering realist writer, Rebecca Harding Davis. Laura Jackson Roberts will discuss the future of women writers by focusing on environmental writing.

Jeanne Finstein and Judi Hendrickson (Walking Pleasant Valley), have written biographies of dozens of people from Wheeling’s past to be presented at cemetery tours or other public presentations. And they have researched and written about numerous buildings in Wheeling as they convey Wheeling’s history through its built environment.

Cheryl Ryan Harshman, former Library Director for the Elbin Library at West Liberty University, is an experienced storyteller and writer. She is the author of four books for children, including Sally Arnold, Red Are the Apples, and Christmas Morning. Cheryl will talk about writing for children and will include the importance of place in that writing.

Phyllis Sigal, Weelunk’s managing editor, will talk about the non-profit, online magazine’s role in the community and perhaps share some war stories from 38 years in the newspaper industry. Phyllis served in a variety of capacities at The Times Leader from 1980-98, including reporter, bureau chief, Lifestyles editor and managing editor. She was design editor from 1998-2018 at The Intelligencer/Wheeling News-Register. She has been with Weelunk since Feb. 1, 2018.

Linda Comins will talk about female newspaper columnists in Wheeling in the modern era. Currently specializing in health writing for the Wheeling newspapers, Comins has been a Sunday News-Register columnist for over 40 years. She was recently added to the Bethany College Department of Communications and Media Arts Wall of Fame. 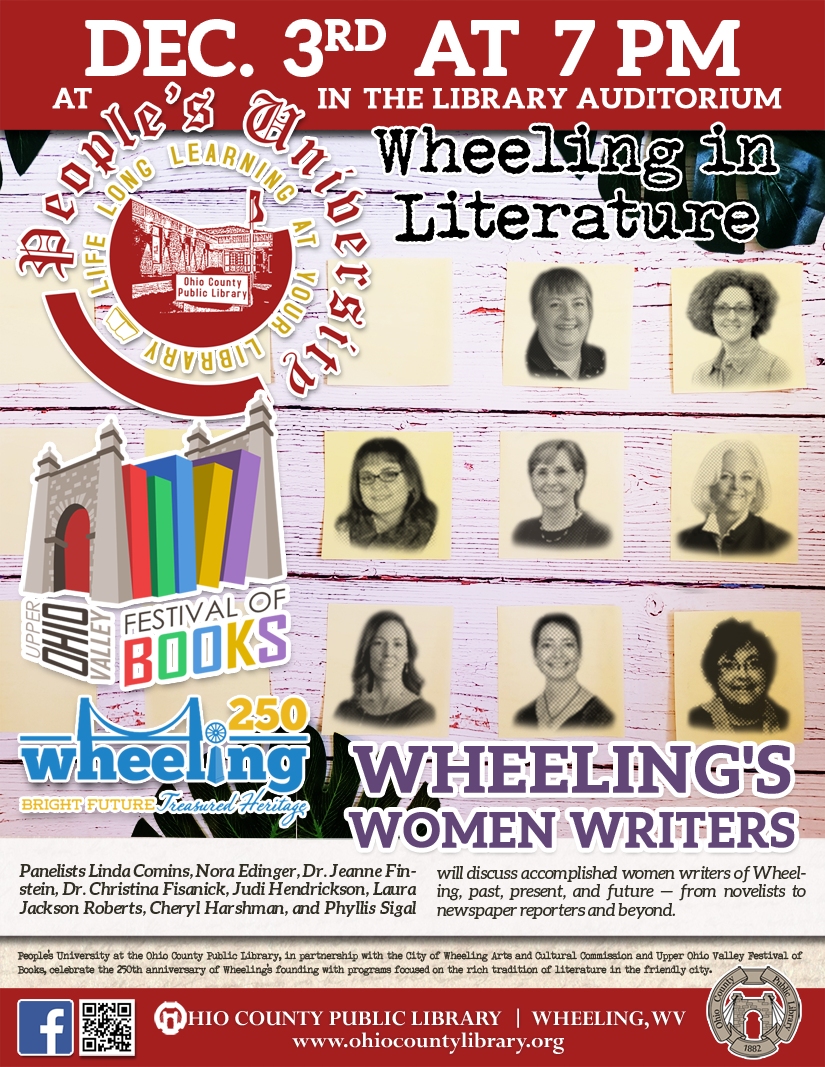