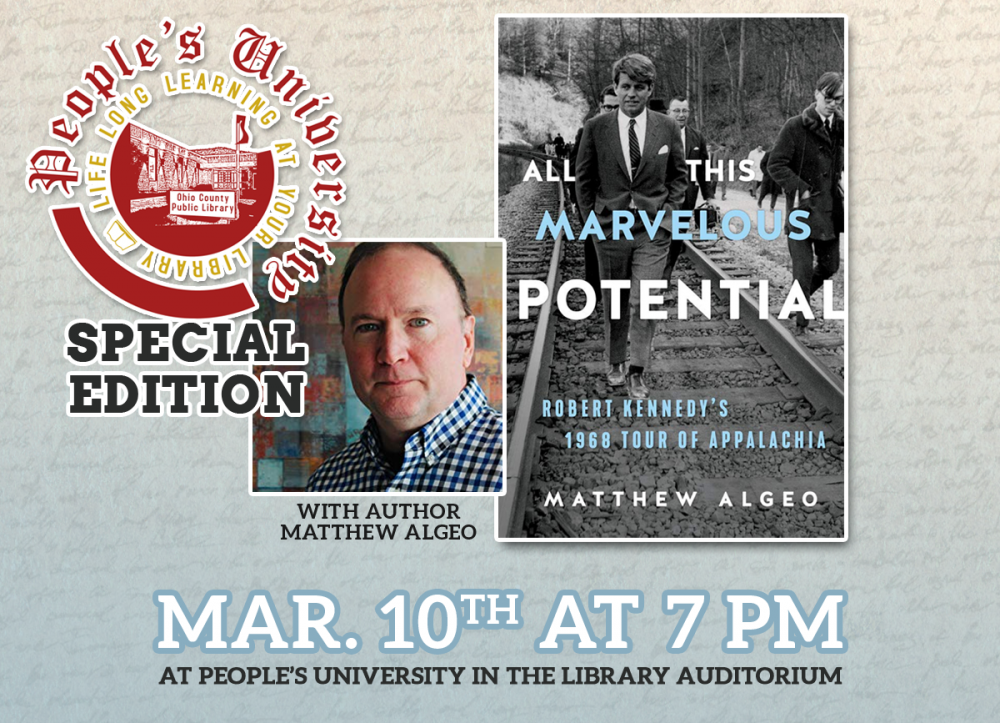 In the winter of 1968, Robert F. Kennedy, then a U.S. Senator from New York, ventured deep into the heart of Appalachia on what was dubbed a “poverty tour.” He toured a strip mine, visited one-room schoolhouses and dilapidated homes, and held a public hearing in a ramshackle high school gymnasium. As acting chairman of a Senate subcommittee on poverty, RFK went to Eastern Kentucky to gauge the progress of the War on Poverty.
​
Robert Kennedy wasn’t merely on a fact-finding mission, however; he was considering challenging Lyndon Johnson for the Democratic presidential nomination, but he needed support from white voters to win it.
​
All This Marvelous Potential: Robert Kennedy's 1968 Tour of Appalachia meticulously retraces RFK’s tour, visiting the places he visited and meeting with the people he met with. The similarities between then and now are astonishing: vicious, divisive politics; bitter racial strife; economic uncertainty; and environmental alarm. 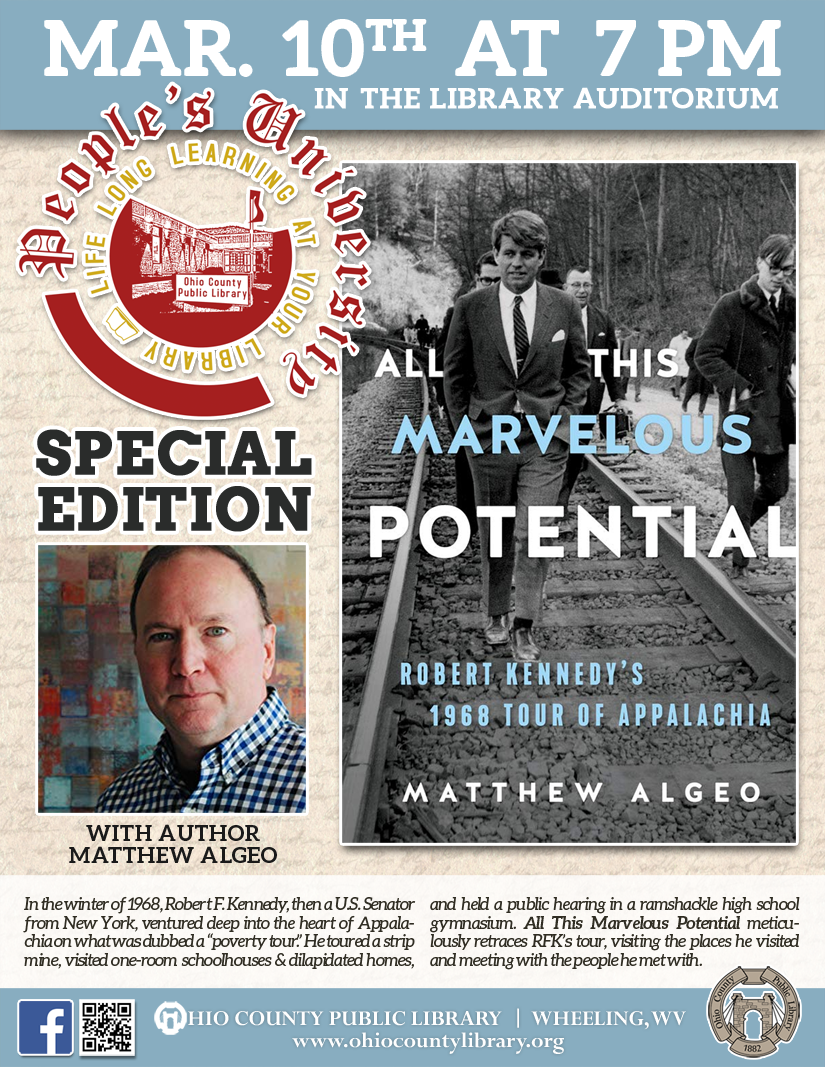 Author Bio: When he's not gently stroking this weird hedgehog thing his six-year-old daughter insisted on buying at Pier 1, Matthew Algeo writes about interesting stuff.
​
Or, as he recently put it in a cover letter, Matthew is an award-winning journalist and author. He has reported from four continents, and his stories have appeared on some of the most popular public radio programs in the United States.
​
He is the author of six books, including Harry Truman’s Excellent Adventure: The True Story of a Great American Road Trip, which was named one of the best books of 2009 by the Washington Post.

In addition to reporting and writing, Matthew has held jobs as a convenience store clerk, a gas station attendant, a Halloween costume salesman, and a proofreader. He also worked in a traveling circus (as a hot dog vendor; no acrobatics involved).
​
Matthew holds a degree in folklore from the University of Pennsylvania. His wife, Allyson, is a United States Foreign Service officer. They currently live in Sarajevo with Zaya, purchaser of aforementioned hedgehog with her allowance.