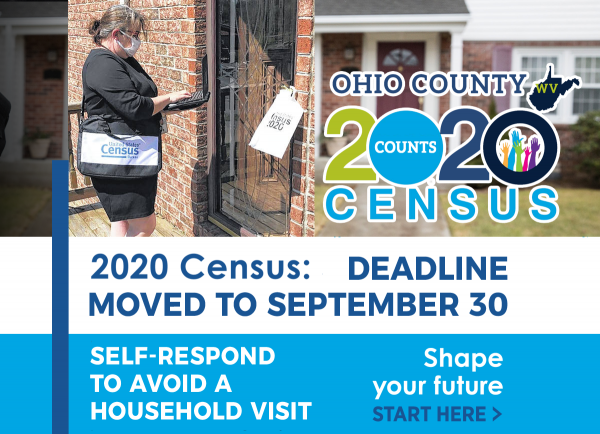 The US Census Bureau released a statement on August 3 that the Census response deadline - which had previously been extended to October 31 due to the COVID-19 pandemic - has now been moved forward one month to September 30, 2020.

Census takers began making visits to households that had not self-responded to the 2020 Census survey starting July 16th and will continue making visits through September 30. Self-response options will also close on September 30 to permit the commencement of data processing. Under this plan, the Census Bureau intends to meet a similar level of household responses as collected in prior censuses, including outreach to hard-to-count communities.

➤ Read the full statement released by the US Census Bureau on August 3.

There IS still time to self-respond, and self-response is the best way to avoid someone showing up at your door.

The survey is only nine questions long and typically takes less than five minutes to complete. They ask very basic demographic questions: who lives in the household; how they are related; their age, sex, and race; whether they own or rent their house; and their phone number. A sample census questionnaire is available on the census website.

RESPONSE RATES AND WHY IT MATTERS 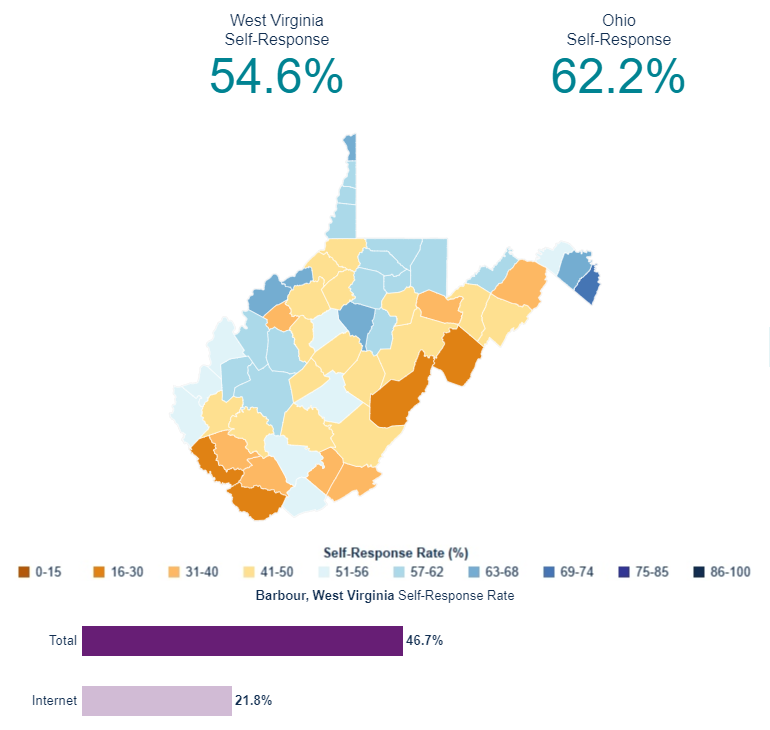 West Virginia currently has a 54.6% response rate. That means, with a population of over 1.7 million people, over 813,000 West Virginians have not been counted during the initial self-respond period. The only states to have lower response rates are New Mexico and Alaska.

Ohio County's response rate is currently at 62.2%. With a population of approximately 41,000, that means there are still over 15,000 uncounted residents.

Why is it so important to get everyone counted? Responding to the 2020 Census determines how more than $675 billion in federal funding is distributed annually to local communities. It also determines the allocation of dollars every year to health clinics, schools, libraries, affordable housing, and hundreds of other critical services and programs that make a difference in our lives every day. On a local level, census data helps inform planning efforts for Wheeling and the greater Ohio Valley region and determines how much federal funding we receive on a municipal and county level.

Our response rate shapes West Virginia's and Ohio County's future for the next ten years!

Now Is the Time to Respond

Please encourage members of our community to respond now instead of waiting for a census taker to visit and to talk with the census taker if they do receive a visit.