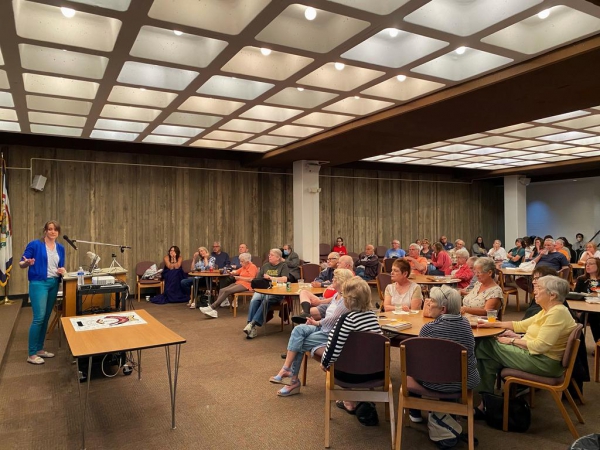 In celebration of Syttende Mai (the 17th of May), Norwegian Constitution Day, Erin Rothenbuehler, the Director of the Bellaire Public Library, presented a comprehensive history of Norwegians in the Upper Ohio Valley, from the Viking age to the modern day. The presentation featured a look at the Norse humor, Norse history in Wheeling (or non-history) and Rothenbuehler's own family heritage. Attendees were treated to traditional Norwegian desserts, prepared by Rothenbuehler, after the presentation in celebration of Syttende Mai.

Originally from Wisconsin, Rothenbuehler received her undergraduate degree at the University of Wisconsin in Madison. Prior to obtaining her Masters in Library Science and being appointed the Director of the Bellaire Public Library in 2022, Rothebuehler was employed at the Ohio County Public Library as an archivist, web administrator and programming director.

This Thursday, May 19 at 7 : Wheeling in the 1970s - Photography Exhibit Opening with Bill Burke  (Reception Starts at 6) 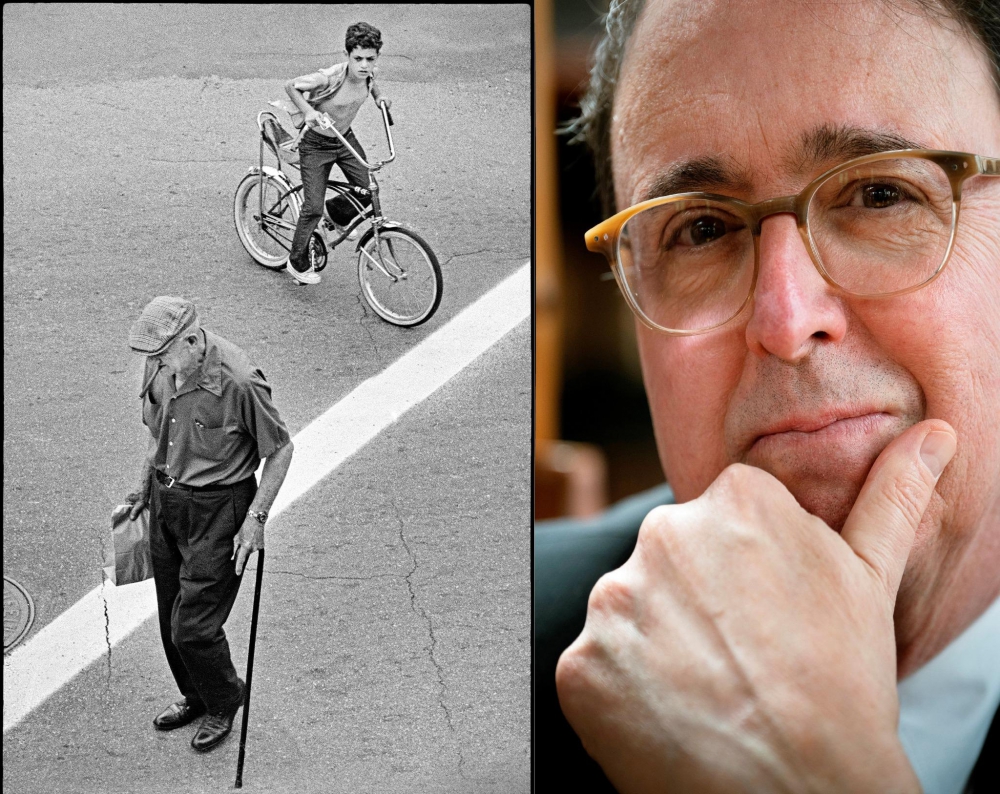 Reception with light refreshments starts at 6. Talk followed by exhibit opening starts at 7.

Bio: A Maryland native, Bill Burke graduated from Wheeling College in 1971. He became focused on photography during his senior year. During that time, the Miners For Democracy, a union reform group, held a meeting at the college. Burke got involved with the group’s struggle. After graduation, he moved to Wheeling and photographed for the UMWA at mine sites in southwestern Pennsylvania.

Between assignments he photographed in downtown Wheeling and in the Woodsdale neighborhood where he lived. It is the photographs from these days that comprise the exhibit.

Bill moved to the Washington DC area in 1975 and photographed primarily for international labor unions. Upon his retirement in 2016, his archive was acquired by the University Of Maryland. He lives in Silver Spring MD with his wife Jonni. 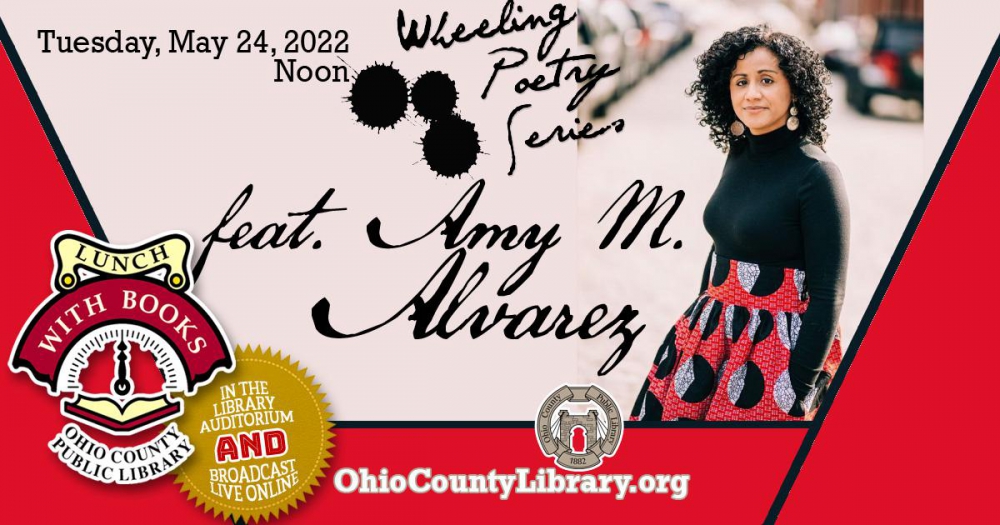 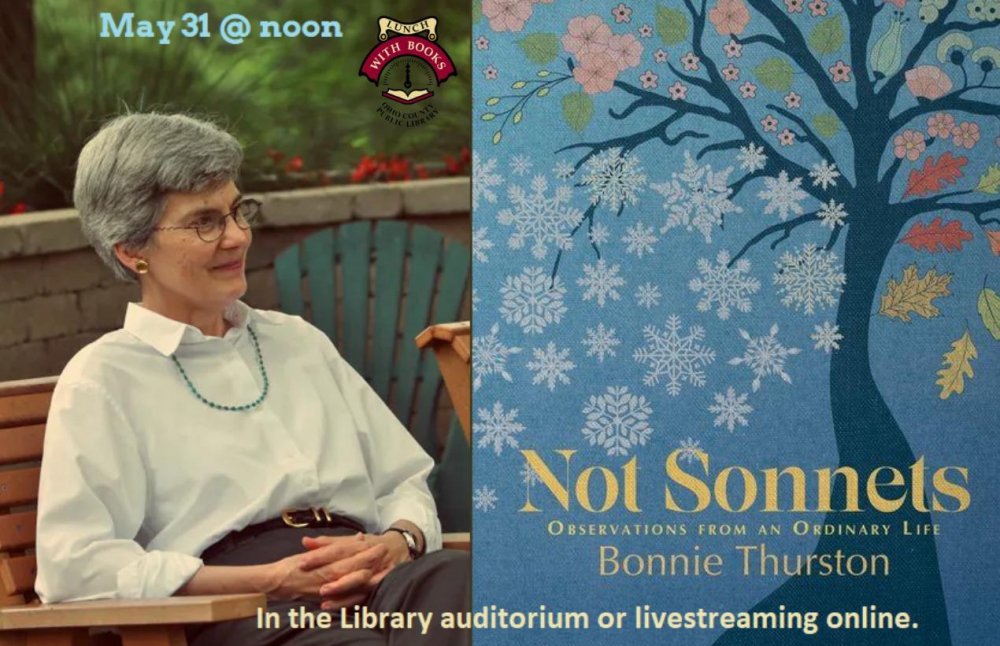 For years Bonnie Thurston has written short poems that focus on a single image or one revelatory idea. They were not sonnets, but were all fourteen lines long. The great sonneteers wrote sequences, often several on one topic, and in this Bonnie Thurston follows in their footsteps. The poems lead the reader on a gentle journey from home as they move through seasons in a sequence focusing on daily experiences that, in the words of Wordsworth, are “reflected in tranquility.” In these insightful, honed, and precise poems you will discover the extraordinariness of the ordinary life and, mirabile dictu, wisdom. This is a collection to savour.