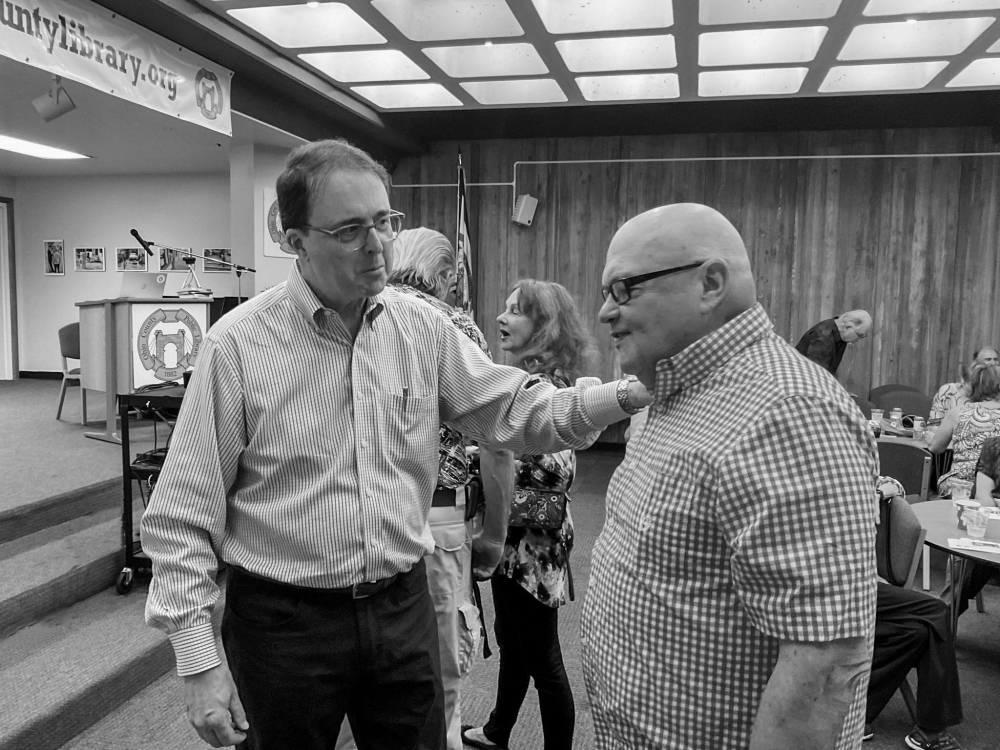 Photographer Bill Burke opened his exhibit Wheeling in the 1970s on Thursday, May 19, 2022. The exhibit features black and white images captured during Burke's time living in the Woodsdale neighborhood of Wheeling , West Virginia in the 1970s. Many images include downtown Wheeling, while others surround Burke's 70s-era residence in Woodsdale

Burke discussed the images on display in a presentation, provided a background to the time in which they were taken and his photography process. Audience members were able to ask questions at the end of the talk, many of which focused on Burke's photography style, influences, and time in Wheeling. 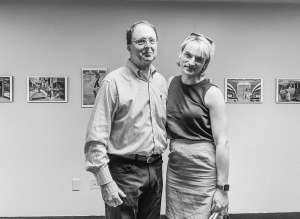 Bill Burke is a Maryland native and graduated from Wheeling College in 1971. He became focused on photography during his senior year. During that time, the Miners For Democracy, a union reform group, held a meeting at the college. Burke got involved with the group’s struggle. After graduation, he moved to Wheeling and photographed for the UMWA at mine sites in southwestern Pennsylvania.

The exhibit will remain in place in the OCPL auditorium through August 2022. It will be accessible during regular Library hours, unless the room is in use by the Library or by the public. Please call 304-232-0244, send an email, or stop at the OCPL Reference Desk for information and assistance accessing the exhibit.

The Library has a limited number of Bill's books of Wheeling photos available for purchase. Please call or email to inquire if interested. 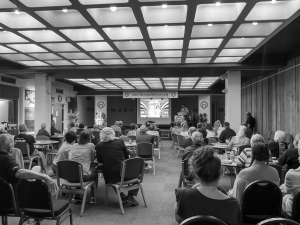 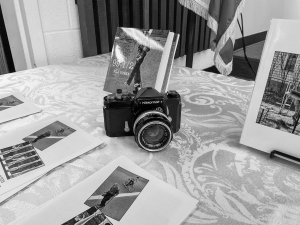 In preview of the exhibit, Bill Burke was interviewed by the Ohio County Public Library for "5 Questions with Bill Burke"