LUNCH WITH BOOKS: Date that Will Live: The Pearl Harbor Attack, 7 December 1941 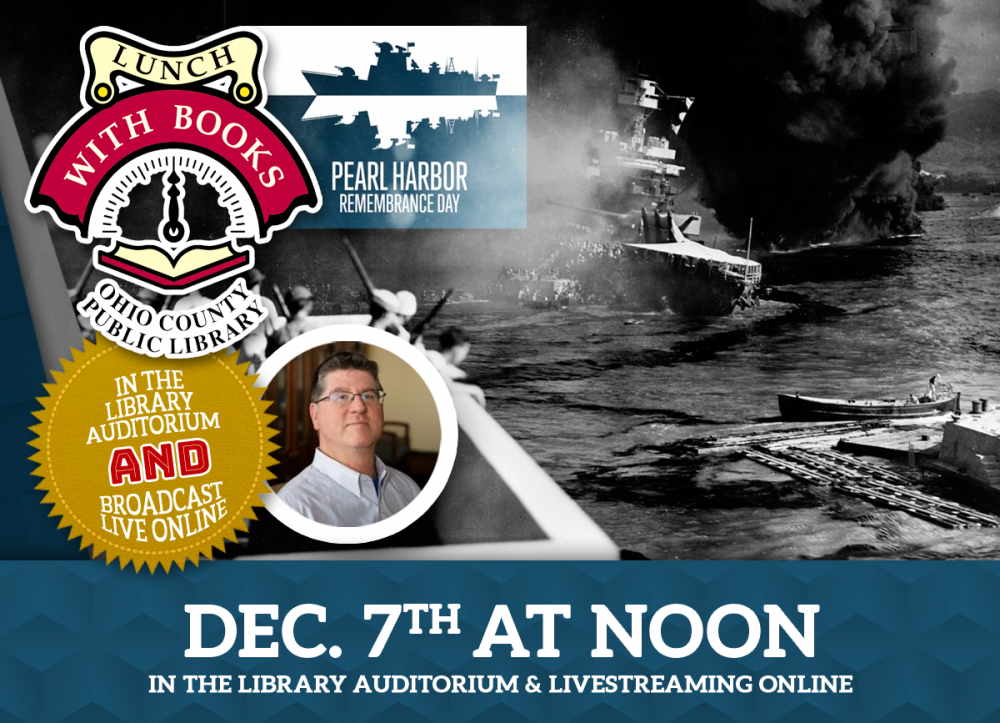 Led by WVU history professor James F. Siekmeier, we will revisit the attack by the Empire of Japan on the US Naval base in Pearl Harbor, Hawaii, on the day that has lived in infamy for 80 years.

In our present day, people remember where they were when they heard about the 11 September 2001 attacks on New York and the Pentagon. For a previous generation, people never forgot where they were when they heard about the 7 December 1941 Japanese attack on the U.S. naval station in the U.S. colony of Hawaii. This presentation will focus on the history of United States-Japanese relations in the lead-up to the 7 December 1941 Pearl Harbor attack. It will also discuss the reasons behind the attack, and the long-term significance of the attack.

In addition to being in-person in the Library auditorium, this program will be available to watch live on Facebook Live, on YouTube, and on the OCPL website's LWB Livestream page. Log into your Facebook or YouTube account during the program to leave questions for Professor Siekmeier in the comments box. He will answer them during the live broadcast.

PRESENTER BIO: James F. Siekmeier received his PhD in History from Cornell in 1993, specializing in
the history of U.S. foreign relations towards Latin America. He has taught at colleges and universities in Washington, D.C., New York, Iowa, Texas, and in Bolivia, on two Fulbright Grants (where he taught courses on North American history in Spanish). He has published The Bolivian Revolution and the United States, 1952-Present (Penn State University Press, 2011) as well Latin American Nationalism: Identity in Globalizing World (Bloomsbury, 2017). Currently, he is an Associate Professor of History at West Virginia University. Currently he is working on a book on U.S. anti-drug efforts in South America in the 1960s through the 1990s. 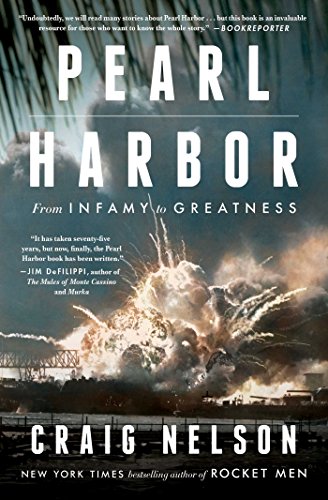 The America we live in today was born not on July 4, 1776, but on December 7, 1941, when almost 400 Japanese planes attacked the US Pacific Fleet, killing 2,400 men and sinking or damaging 16 ships. In Pearl Harbor: From Infamy to Greatness, Craig Nelson follows, moment by moment, the sailors, soldiers, pilots, admirals, generals, emperors, and presidents, all starting with a pre-polio assistant secretary of the navy, Franklin D. Roosevelt, attending the laying of the keel of the USS Arizona at the Brooklyn Navy Yard, against the backdrop of the imperial, military, and civilian leaders of Japan lurching into ultranationalist fascism, all culminating in an insanely daring scheme to shock the Allies with a technologically revolutionary mission in one of the boldest military stories ever told - one with consequences that continue to echo in our lives today. Backed by a research team's five years of work, this page-turning and definitive work provides a thrilling blow-by-blow account from both the Japanese and American perspectives, and is historical drama on the grandest scale.

Are you more of a fiction reader?
➤ Check out these historical fiction book selections