LUNCH WITH BOOKS: The First Women's National Air Derby & The Spirit of Community 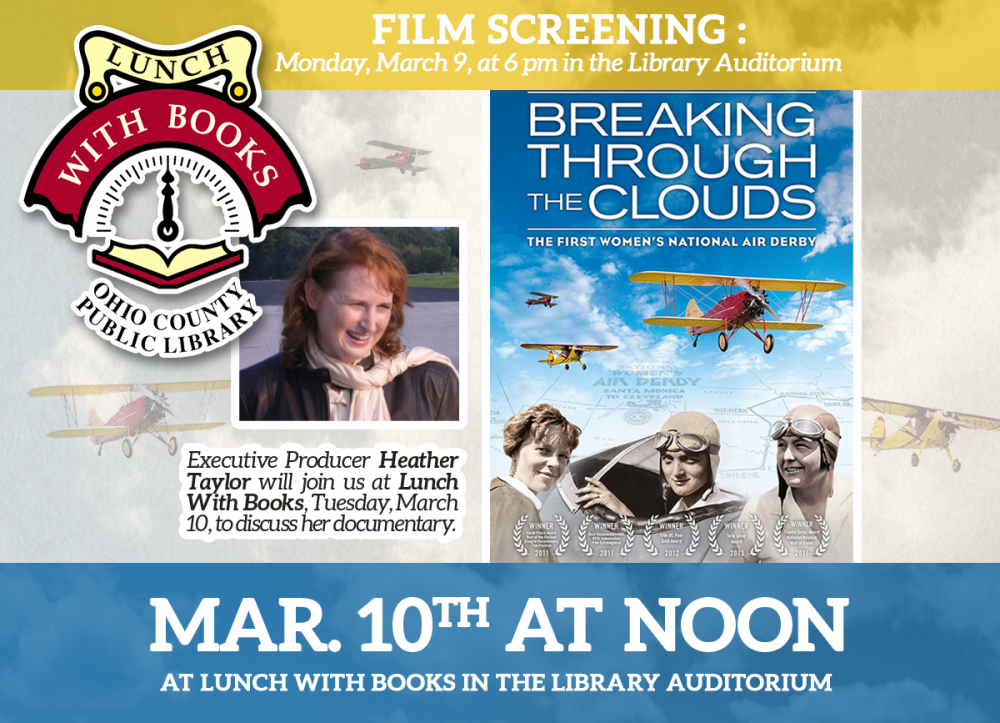 Executive Producer Heather Taylor will discuss her documentary about the 1929 Women’s National Air Derby, during which 20 women snapped on goggles and climbed into their cockpits to race across America. It was more than a race; it was a chance to show the world that women can be independent, intelligent, and really good pilots. The women’s personalities shine in this film, from the celebrated Amelia Earhart to the glamorous Ruth Elder, who once flew a plane paid for by investors from Wheeling.

Together these women were Ambassadors of Flight during the Golden Age of Aviation. In addition to the film itself, Taylor will discuss how the 1929 Women’s Air Derby exemplifies the Spirit of Community and how these women can be role models for following one’s passion.

A screening of the film will be offered on Monday, March 9 at 6 p.m.

Heather Taylor is the producer, director, writer, and researcher of the award-winning documentary, Breaking Through the Clouds: The First Women’s National Air Derby (BTTC). Currently airing on PBS stations across the country, BTTC also won the prestigious Combs Gates Award from the National Aviation Hall of Fame, which was presented by Harrison Ford, Eugene Cernan, and six additional aviation legends of today. In addition, BTTC has received the top honors from more than a dozen film festivals.

Considered the expert on the subject, Heather has written numerous articles on the 1929 Women’s National Air Derby, which have been published in magazines, e-zines, and blogs. In addition, her work is cited in several books on women in aviation. She has given more than fifty presentations across the county including at the Women in Aviation Conferences, AirVenture (largest air show in the world), schools, museums, libraries, and organizations. Heather has also participated on panels at the National Air & Space Museum and inducted the twenty women who flew in the First Women’s National Air Derby into the Women in Aviation’s Pioneer Hall of Fame.

Heather formed her production company Archetypal Images, LLC to capture and harness the light that comes alive in peoples’ eyes when they find inspiration and by example, encourage others to seek it for themselves. She feels the women portrayed in BTTC are perfect role models for this objective.

Previous to starting her own company, Heather worked at Discovery Communications where she managed thousands of programming hours including popular shows such as The Croc Hunter, Monster Garage, Deadliest Catch, Eukanuba Tournament of Champions, American Chopper and many more. Heather is currently earning her PhD in Mythology. She has a Masters Degree in Producing Film and Video from American University in Washington, DC and is an alumna of the Docs in Progress Fellowship program. Her undergraduate degree from Hood College is in print communications and history.

More information is available at http://breakingthroughtheclouds.com. Heather can be reached 865-242-7551 or [email protected] 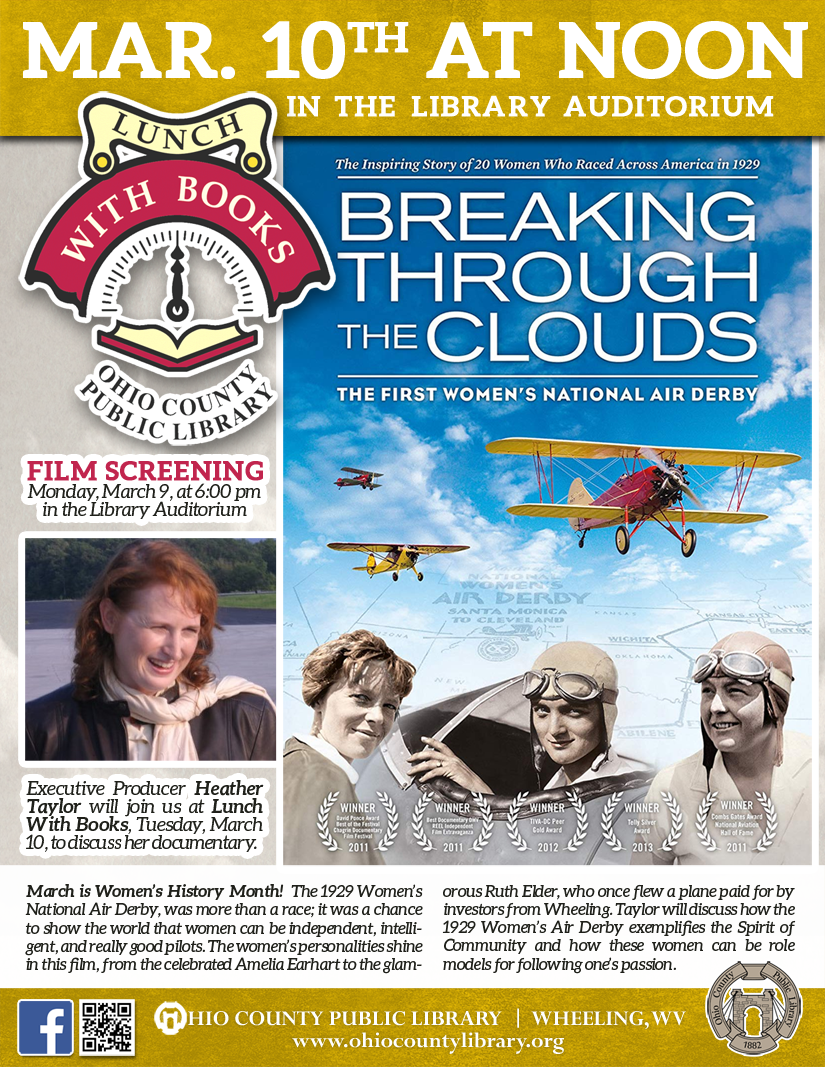