LUNCH WITH BOOKS: Briarhill to Brooklyn - An Irish Family's Journey with Jack Bodkin 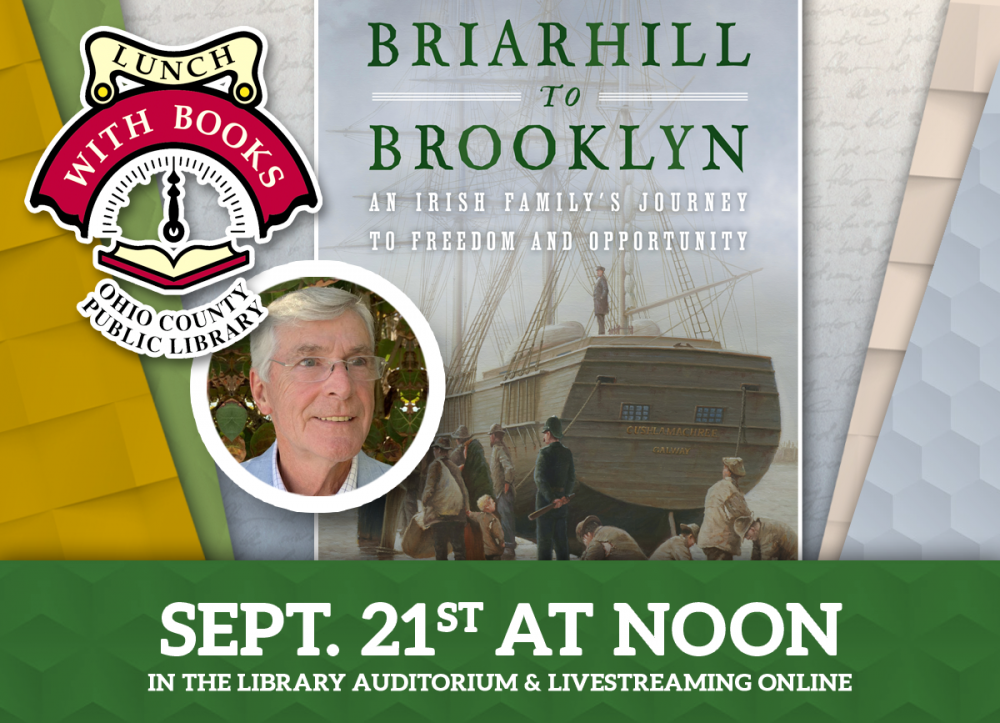 For three years a mysterious potato blight devastated Ireland’s clacháns, townlands, and cities. Nearly a million died. Was it the prospect of starvation, the snows of Black ’47, or the fear of typhus that made the Bodkins leave? Or was it the dream of America’s freedom and opportunity that drove the family from Galway onto an Irish coffin ship known as Cushlamachree?

Briarhill to Brooklyn is a novel, grounded in facts, in which Jack Bodkin tells the story of his Irish Catholic family's 1848 migration from County Galway, Ireland, to Brooklyn, New York, in the era of the Irish Potato Famine.

PRESENTER BIO: Jack Bodkin is a retired Certified Public accountant. Briarhill to Brooklyn is his first book. He was born in Brooklyn in 1947, and for the first two years of his life, his family lived at 325 Clinton Avenue, about a hundred yards from his great-great-uncle Dominic's home at 290 Clinton. In 1950 the family moved to the post-World War II community of Merrick, Long Island. After graduating from Chaminade High School and Wheeling College, he returned to Long Island in 1969 and worked in New York City until 1977. He lives in Wheeling, West Virginia, with his wife, Christine, and their Yorkie, Lilly. 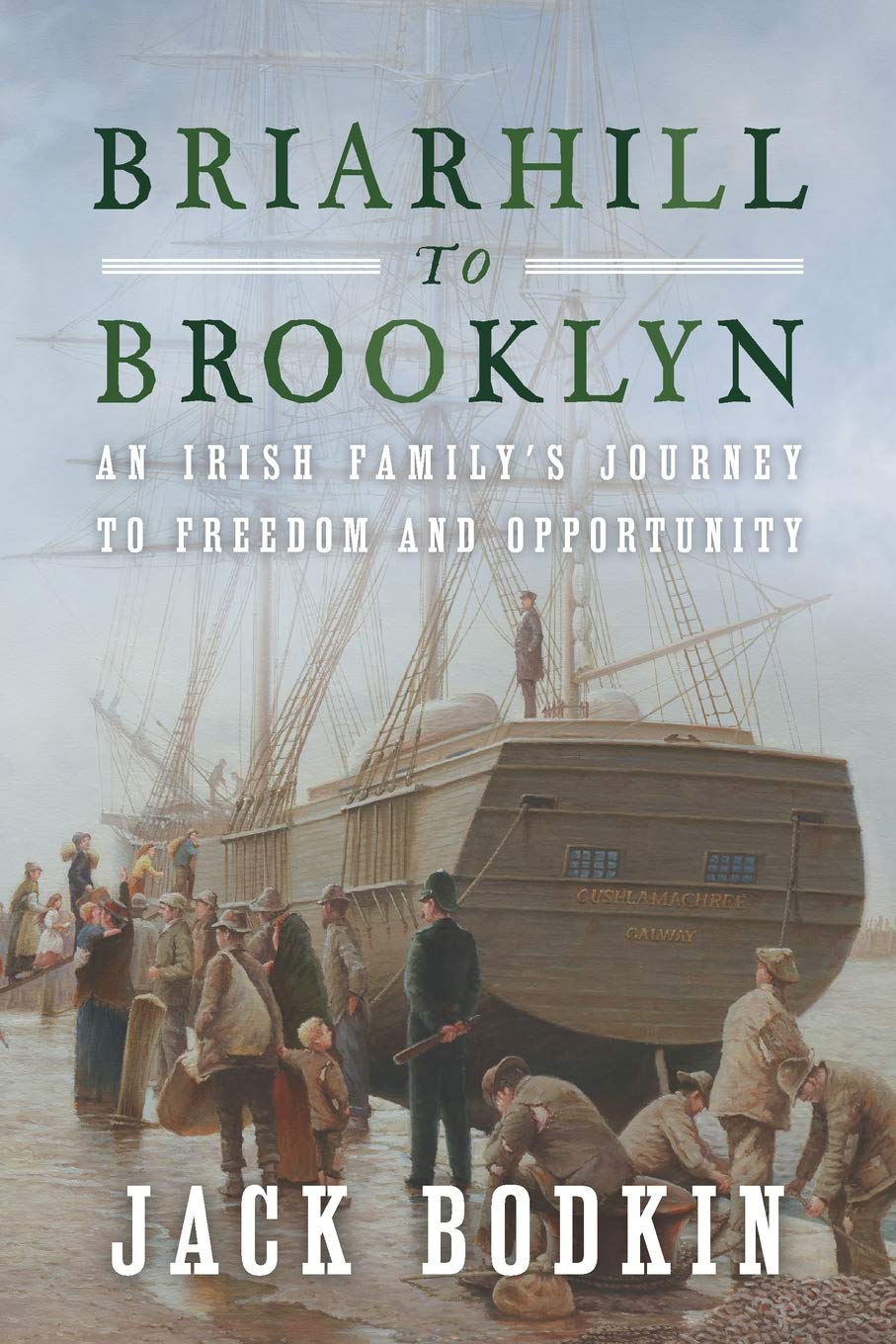 REVIEWS:
"If you’ve ever heard stories about your own family’s history or spent time on your family tree, then you will appreciate debut novelist Jack Bodkin’s Briarhill to Brooklyn. What began as a bit of research into his family’s migration from Ireland to America has turned into a thoroughly researched and richly imagined tale of seven siblings who survive passage on a coffin ship only to find themselves orphaned and penniless months after their arrival in New York. Each of the siblings has a voice in this novel, as we follow them from their travels on the Cushlamachree, through their first days adrift in America, to the battlefields of the Civil War and beyond. From suffering to survival, uncertainty to opportunity, and determination to dedication, the Bodkins make their way in the New World, and you will enjoy being along for the journey."

"I have been told that this is the author's first book ever. That makes it even more astounding as to just how gripping the narrative is. I have read more than my share of Irish history nonfiction & "Briarhill to Brooklyn" presents a rock-solid narrative of what happened and when and why and how. But it is the family memories that make the reader stop and pause and reflect on the human pain and sorrow of these historical events. Mr. Bodkin accurately presents the facts of what happened and why, but then his narrative abilities take over and the people come alive and their humanity and their suffering — the humor and the courage and the sorrow — make this a terrific book.