LUNCH WITH BOOKS: 230th Anniversary of the Bill of Rights 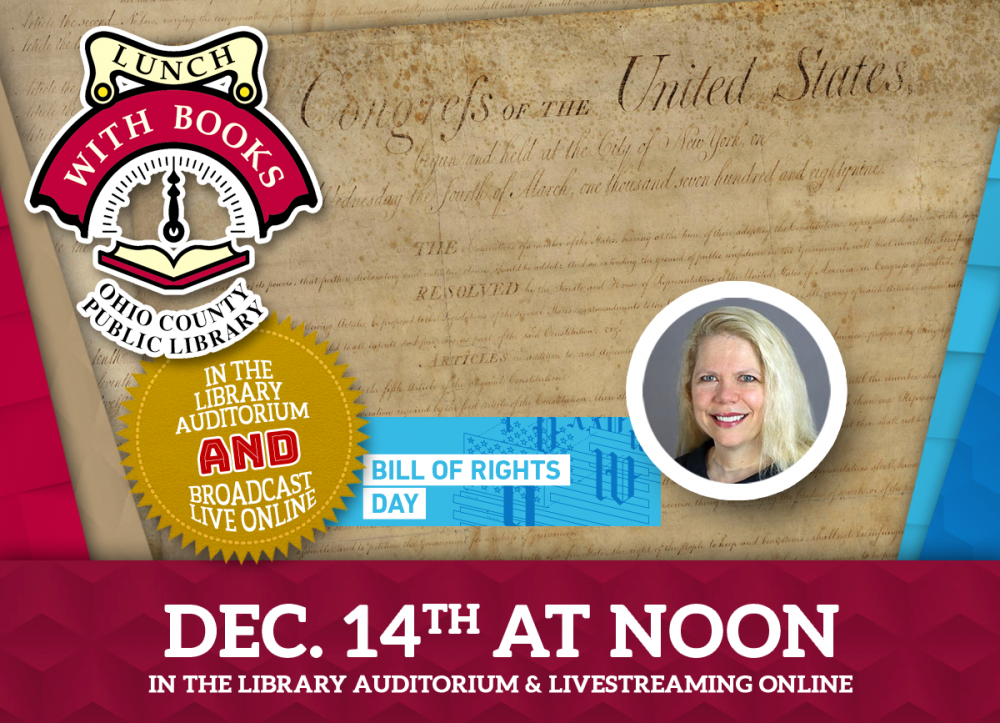 Following the American Revolution, the fate of the nation was still uncertain. Would the 13 colonies coalesce into a single union or remain separate states? The proposed Constitution of 1789 had failed to win consensus and those opposed were demanding more personal rights and liberties than provided for by the document. Thomas Jefferson wrote to James Madison that a Bill of Rights was “what the people are entitled to against every government on earth.”

One-by-one, from 1789 to 1791, the states ratified 10 amendments to the nation’s new Constitution. The process had begun when the First Federal Congress sent the states 12 proposed amendments, via a joint resolution passed on September 25, 1789, for their consideration. When Virginia became the 11th state to ratify the amendments on December 15, 1791, amendments 3 through 12 became part of the Constitution, and these first 10 amendments were thereafter known as our Bill of Rights.

Dr. Anne Marie Lofaso,  Professor of Law at West Virginia University, will join us to commemorate the occasion.

In addition to being in-person in the Library auditorium, this program will be available to watch live on Facebook Live, on YouTube, and on the OCPL website's LWB Livestream page.  Log into your Facebook or YouTube account during the program to leave questions for Professor Lofaso in the comments box. She will answer them during the live broadcast.

PRESENTER BIO: Anne Marie Lofaso is the Arthur B. Hodges Professor of Law at West Virginia University College of Law, where she teaches Labor Law, Employment Law, Advanced Labor Law, Comparative and International Work Law, Jurisprudence, Law and Socioeconomics, and in the WVU U.S. Supreme Court Clinic (which she co-founded with Jones Day Partner, Larry Rosenberg, in 2011). She was formerly the WVU Law Associate Dean for Faculty Research and Development (2011-2015) and a Leadership Fellow in the WVU Office of the Associate Vice President for Creative and Scholarly Activities. She has previously taught at American University Washington College of Law and at the University of Oxford.

FEATURED BOOK: The Words We Live By: Your Annotated Guide to the Constitution, by Linda R. Monk (Hyperion, 2003) [ Check this book out at the Library |  Check the ebook out with your OCPL library card through WVDeli ] 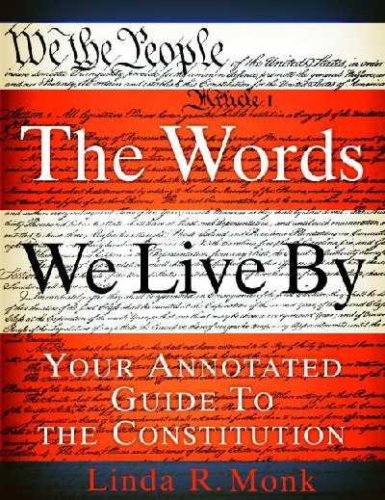 An entertaining and informative look at America's most important historical document, from an award-winning journalist. Would national identity cards impose on our liberty? Do campaign contribution caps infringe on our freedom of speech? The United States Constitution is the basis for our most fundamental rights as Americans, and is a key element in nearly every major legal and political debate ever argued. But how many of us actually understand the language used by our Founding Fathers?

Now Linda R. Monk, an award-winning author and journalist, takes us through the Constitution, line by line, to help us comprehend this amazing document. From the Preamble, which she analyzes with inspiration from Ruth Bader Ginsburg, Charlton Heston, and James Madison, to each and every amendment, Monk enlightens us by offering insight, legal expertise, surprising facts and trivia, opposing interpretations, and historical anecdotes to breathe life into this provocative and hallowed document.

Are you more of a fiction reader?
➤ View the ALA's reading list, "Discovering the Bill of Rights through Fiction"