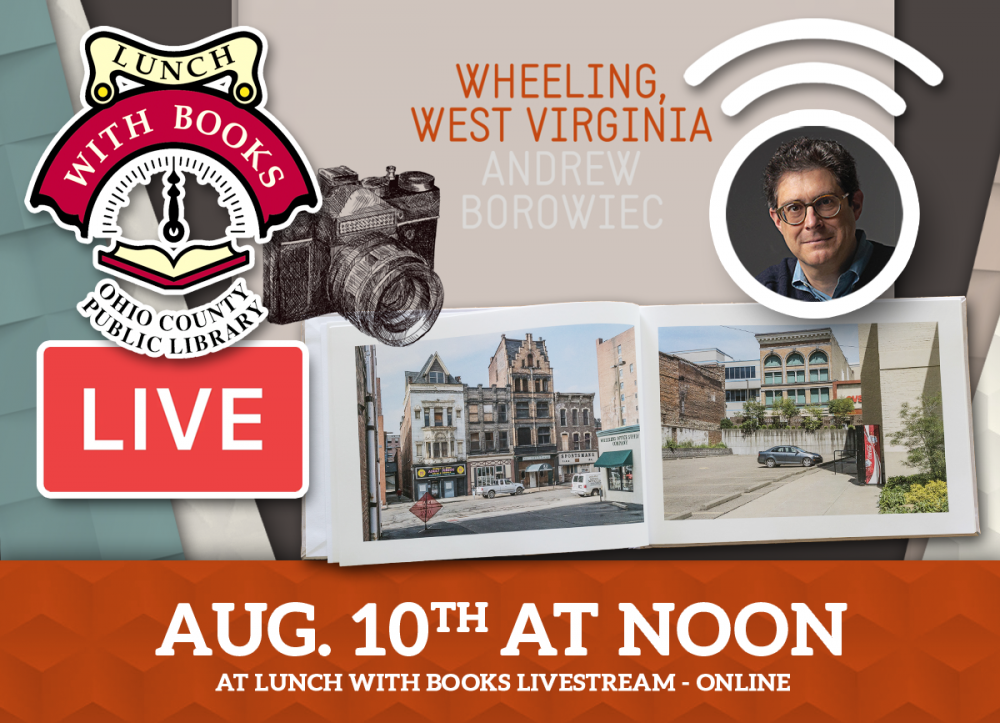 Andrew Borowiec first photographed Wheeling, West Virginia, in 1986. He had moved to the Midwest from New York City a couple of years earlier and was still trying to come to terms with the unfamiliar landscape of Middle America. That summer, as he drove across a sliver of West Virginia wedged between Ohio and Pennsylvania, he stopped to look at a town that rose from the dense foliage along the Ohio River. He discovered a comfortable place with cobblestoned alleys, old frame houses whose front doors opened directly onto the sidewalk, and tall, elaborately decorated office buildings. It was clearly a working town: north and south of the business district modest residential neighborhoods clustered around factories that hugged the river banks and lit up the sky at night.

"I returned to Wheeling dozens of times over the next three decades and, as I made pictures, I gradually learned about the vital role the town had played in the region’s history. When America’s first major highway, the National Road, reached Wheeling in 1818, the town became the gateway through which trade and migration between the eastern United States and territories further west had to pass, and the town prospered. The surrounding hills yielded abundant timber, coal, and iron ore, giving rise to widespread manufacturing including iron and steel mills, boatyards, glass works, and tobacco plants. Ribbon cut tobacco was invented in Wheeling in 1879 by the Bloch Brothers, whose factory on Water Street continues to this day to manufacture Mail Pouch chewing tobacco."

By 1930 Wheeling had become West Virginia’s commercial and industrial capital, with waves of immigrants from southern and eastern Europe swelling its population to over 61,000. Its factories produced nails, textiles, mattresses, dishes, cigars, matches, beer, sausages, and macaroni. The demand for steel during World War II and the post-war boom years kept everyone working; by mid-century The Wheeling-Pittsburgh Steel Corporation consisted of over a dozen mills stretching up and down the Ohio River.

"I didn’t realize it at the time, but that summer when I first explored Wheeling, it had already begun its inexorable decline. Wheeling-Pitt had filed for bankruptcy protection a year earlier; in 1986 they closed a rail mill; by 1990 they had eliminated two thousand employees. The company declared bankruptcy again in 2001. As one steel mill after another shut down, many of the businesses and services that had grown up around the plants also closed. Today Wheeling has a population of barely 28,000. Its landscape of boarded-up stores, abandoned factories, and empty lots where buildings once stood is emblematic of the devastation that has swept through America’s manufacturing regions over the past twenty-five years.

"People who expected that a lifetime of hard work would earn them some semblance of the American Dream instead have lost their jobs, their homes, and their place in the world."

PRESENTER BIO: Andrew Borowiec has photographed America’s changing industrial and postindustrial landscape for over three decades. His books include Along the Ohio (2000), Industrial Perspective: Photographs of the Gulf Coast (2005), Cleveland: The Flats, the Mill, and the Hills (2008), and The New Heartland: Looking for the American Dream (2018).

Andrew received a B.A. in Russian from Haverford College in 1979 and an M.F.A. in Photography from Yale University in 1982. He has worked as a photojournalist, as the staff photographer for the International Center of Photography in New York City, as the Assistant Director of Workshops for the Rencontres Internationales de la Photographie in Arles, France, and as the Director of the University of Akron Press. Andrew has taught photography at Parsons School of Design, the New School for Social Research, Germantown Academy, and Oberlin College. From 1984 until 2014 he taught at the University of Akron. 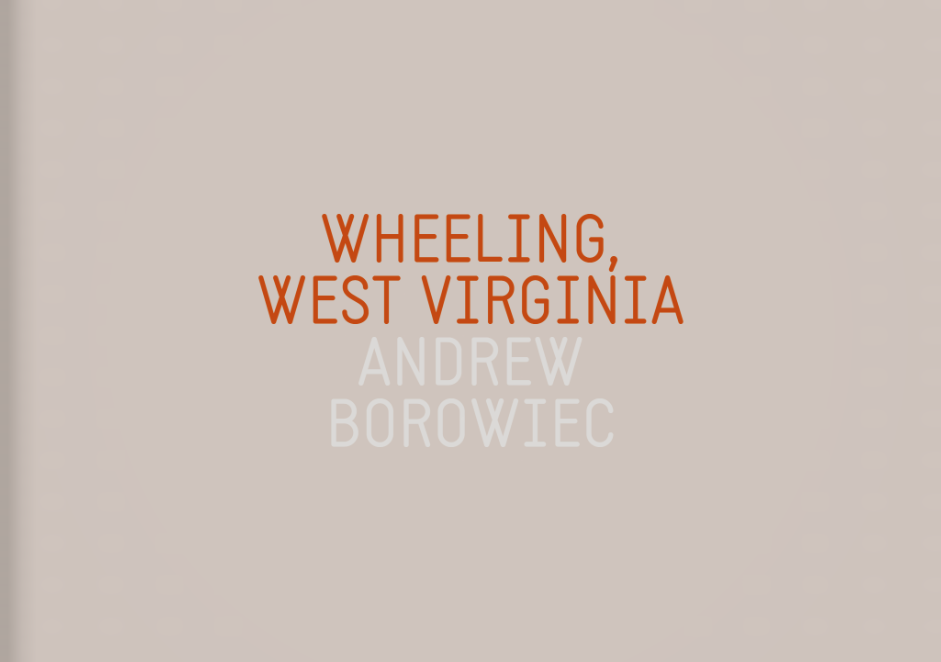 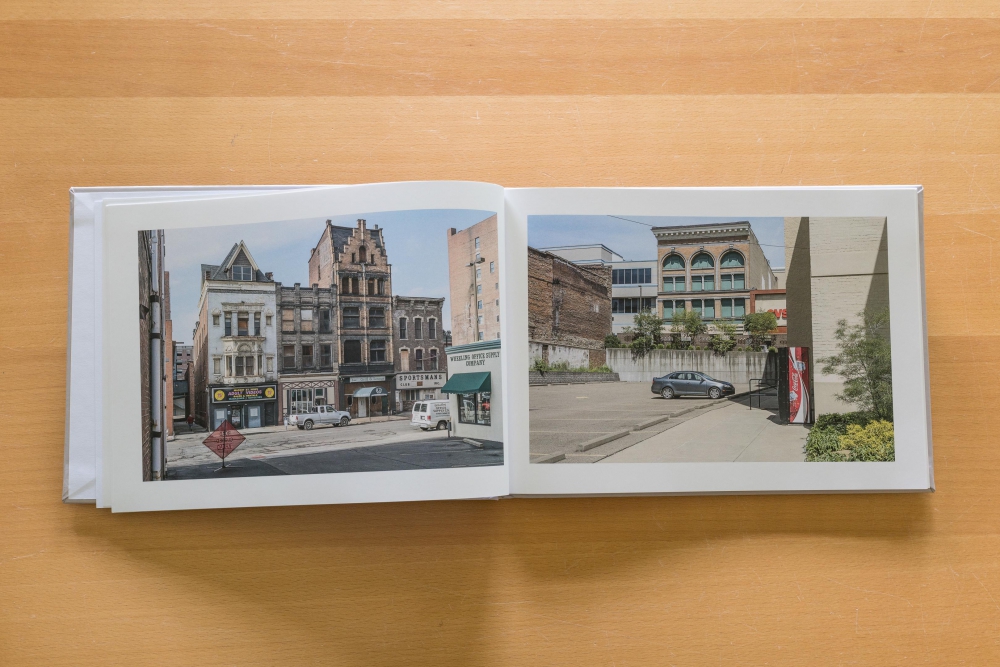 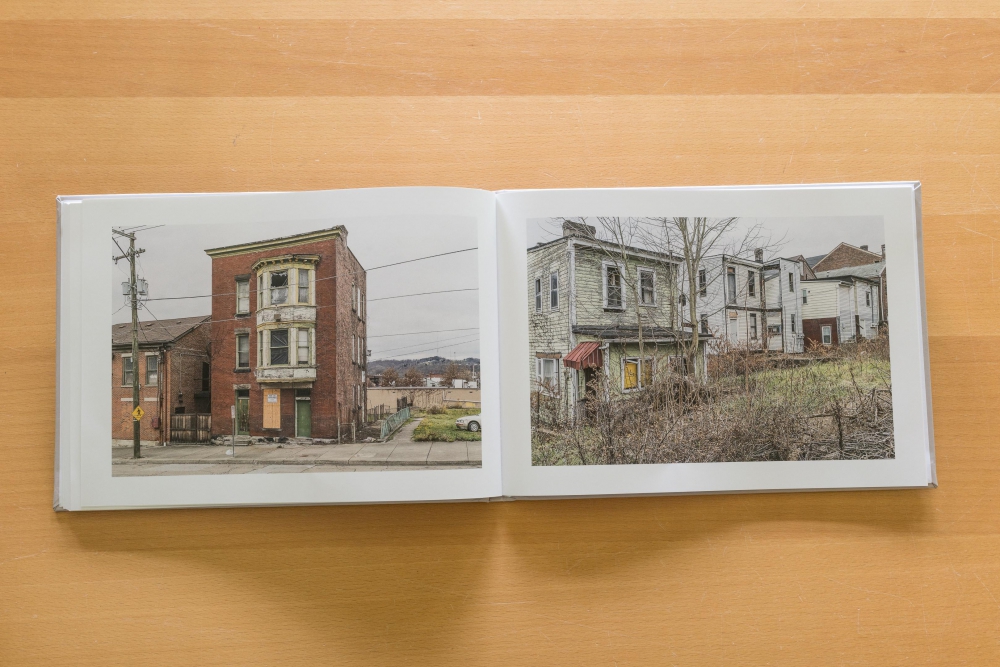 ➤ View more images from this book at http://www.camerainfinita.com/wheeling-west-virginia-book/
➤ View all Andrew Borowiec books available at the Library