LUNCH WITH BOOKS LIVESTREAM: The War Outside My Window 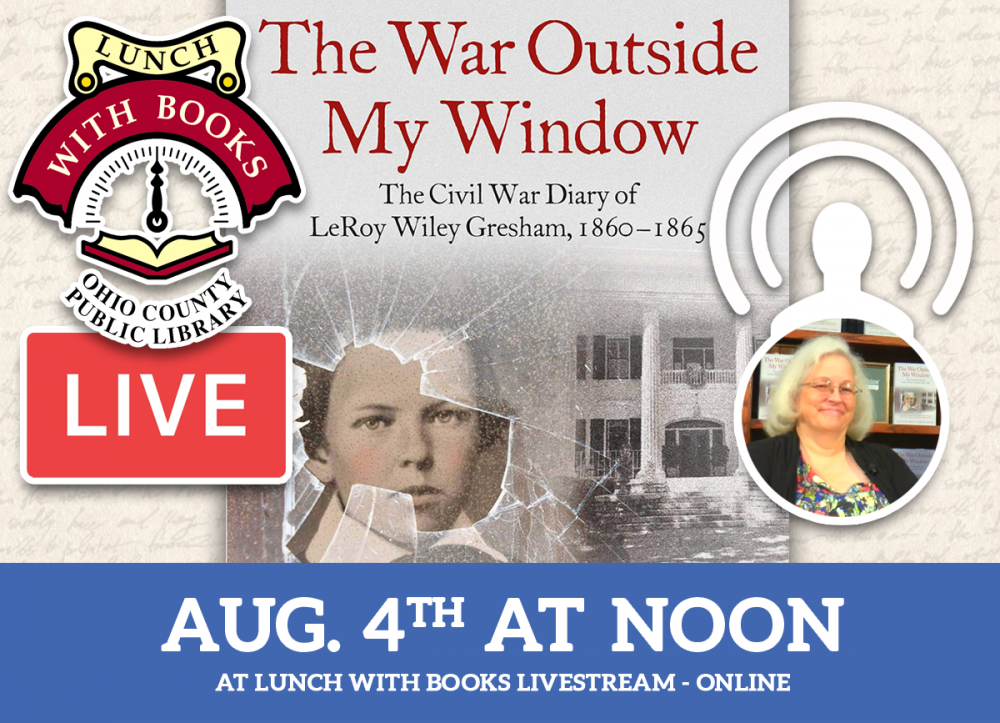 Editor Janet Croon will discuss The War Outside My Window: The Civil War Diary of LeRoy Wiley Gresham, 1860-1865. This program will be available to watch live on Facebook, on YouTube, and on the OCPL website's LWB Livestream page.

The publisher is offering a 20% discount on the book. Go to https://www.savasbeatie.com and enter "VIRTUAL" when prompted.

LeRoy Wiley Gresham was born in 1847 to an affluent slave-holding family in Macon, Georgia. After a horrific leg injury left him an invalid, the educated, inquisitive, perceptive, and exceptionally witty 12-year-old began keeping a diary in 1860--just as secession and the Civil War began tearing the country and his world apart. He continued to write even as his health deteriorated until both the war and his life ended in 1865. His unique manuscript of the demise of the Old South—lauded by the Library of Congress as one of its premier holdings—is published here for the first time in The War Outside My Window: The Civil War Diary of LeRoy Wiley Gresham, 1860-1865.

The War Outside My Window, edited and annotated by Janet Croon with helpful footnotes and a detailed family biographical chart, captures the spirit and the character of a young privileged white teenager witnessing the demise of his world even as his own body slowly failed him. LeRoy Gresham will now be remembered as the young voice of the Civil War South.

The publisher is offering a 20% discount on the book. Go to https://www.savasbeatie.com and enter "VIRTUAL" when prompted.