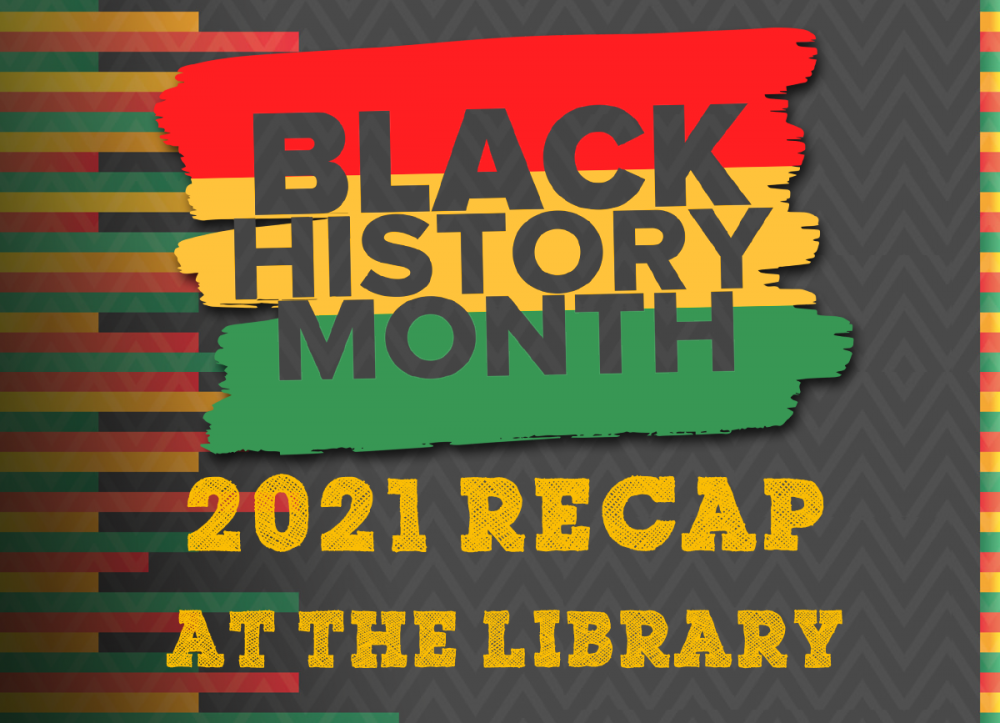 Our national Black History Month had its origins in 1915 when Harvard-trained historian, Carter G. Woodson, believing that truth could not be denied and that reason would prevail over prejudice founded the Association for the Study of Negro Life and History (ASNLH). Through this organization, Dr. Woodson conceived of and announced Negro History Week in 1925 with hopes to raise awareness of African American's contributions to civilization. The event was first celebrated during a week in February 1926 that encompassed the birthdays of both Abraham Lincoln and Frederick Douglass.

By the time of Woodson's death in 1950, Negro History Week had become a central part of African American life and substantial progress had been made in bringing more Americans to appreciate the celebration. At mid-century, mayors of cities nationwide issued proclamations noting Negro History Week. In the 1960s,  the Civil Rights movement not only dramatically expanded the consciousness of African Americans about the importance of black history but focused Americans of all colors on the subject of the contributions of African Americans to our history and culture. The celebration was expanded to a month in 1976 during the nation's bicentennial. President Gerald R. Ford urged Americans to “seize the opportunity to honor the too-often neglected accomplishments of black Americans in every area of endeavor throughout our history.”

Throughout February, the Library has been observing the month-long holiday, and as Black History Month 2021 draws to a close, we take a look at some of the ways we've celebrated this past month. 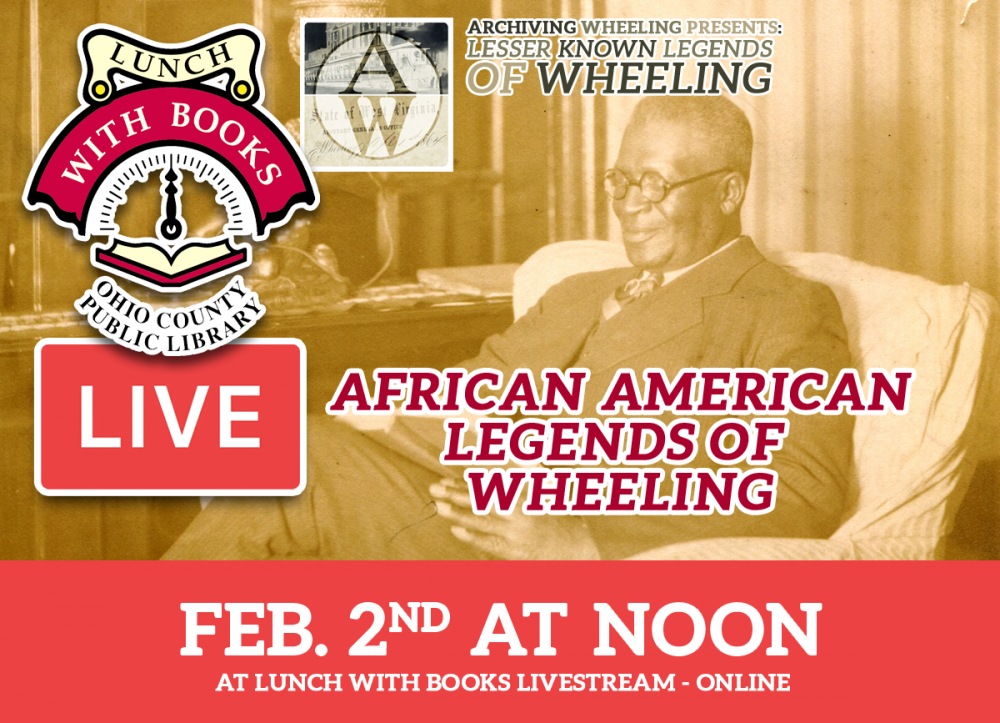 This program was expanding into a four-part Archiving Wheeling series with additional information on the histories, contributions, and stories of each on nine lesser-known legends.

Read more about these Lesser-Known African American Legends of Wheeling on archivingwheeling.org.

A Man of More Than Usual Brilliancy: The Life, Career, and Fall of Dr. B.H. Stillyard 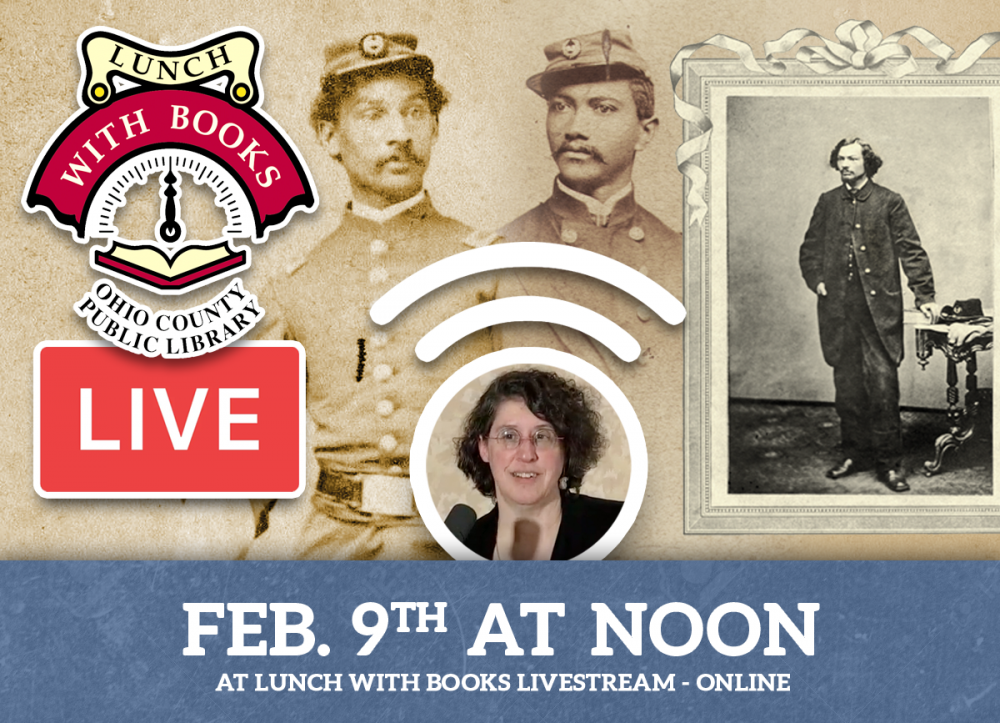 Ann was a wonderful, optimistic, courageous, and genuinely kind woman, and a dedicated patron of the library and library programs. After she passed on February 22, 2019 (having bravely battled cancer and endured suffering for many years), we decided to create an annual memorial lecture series at the library in her honor.

Our first speaker in the Ann was Dr. Joe Trotter of Carnegie Mellon, who talked about his book, Workers on Arrival: Black Labor in the Making of America on Feb. 18, 2020. Watch this Luch With Books "Video From the Vault" on our LWB YouTube Channel. 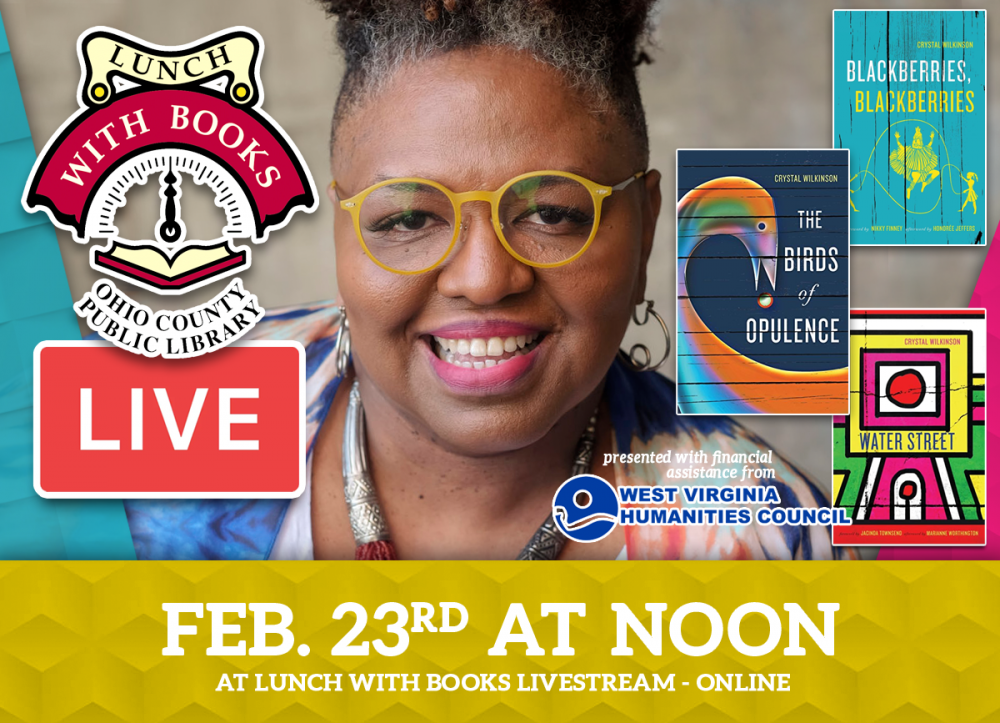 We were honored to have the great Crystal Wilkinson as our second speaker in this series on February 23, 2021. Crystal shared with us experiences of growing up Black in Appalachia and a beautiful essay about family and food. This project is presented with financial assistance from the West Virginia Humanities Council. Crystal Wilkinson is the award-winning author of The Birds of Opulence (winner of the 2016 Ernest J. Gaines Prize for Literary Excellence), Water Street, and Blackberries, Blackberries. Nominated for both the Orange Prize and the Hurston/Wright Legacy Award, she has received recognition from The Kentucky Foundation for Women, The Kentucky Arts Council, The Mary Anderson Center for the Arts, The Fine Arts Work Center in Provincetown and is a recipient of the Chaffin Award for Appalachian Literature. She has been nominated for a Pushcart Prize and her short stories, poems and essays have appeared in numerous journals and anthologies including most recently in the Oxford American and Southern Cultures. She currently teaches at the University of Kentucky where she is Associate Professor of English in the MFA in Creative Writing Program. 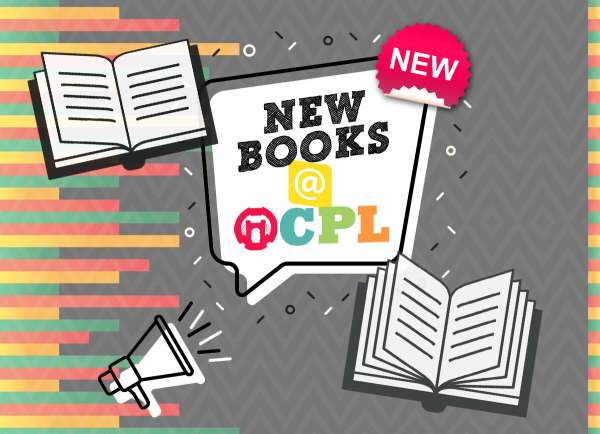 Crytal's book Blackberries, Blackberries, was just one of the many fantastic books featured in our Black History Month edition of New Books at the Library. We all recognize that literature is a powerful tool to create ongoing cultural conversation. Black History Month is a great time to celebrate Black voices and representation through books. The written word as a means of expression can spread empathy through shared traumas and triumphs, enact social and political change by calling attention to profound injustices, and inspire by highlighting great achievements. Re-read a classic or favorite, find out about an author you have never read, reflect on what you remember, or discover a piece of history you didn't know. Start with one of these works recently added to our collections featured in February's "New Books at the Library" or explore the rest of the Library’s online catalog. 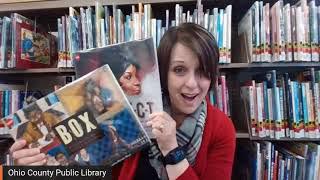 The New Books post isn't just for adults —  it features lots of great books for kids and young adults as well. And did you know that our Childrens' section has an entire biography section? Check out this video where our Children's Specialist highlights new book in our kids' biography section for Black History Month. We have R-E-S-P-E-C-T about Aretha Franklin, a new biography about US Olymic gold-medal gymnast Simone Biles, The Birth of the Cool about jazz great Miles Davis, Ida B. the Queen about boundary-breaking civil rights pioneer Ida B. Wells, and many, many more. 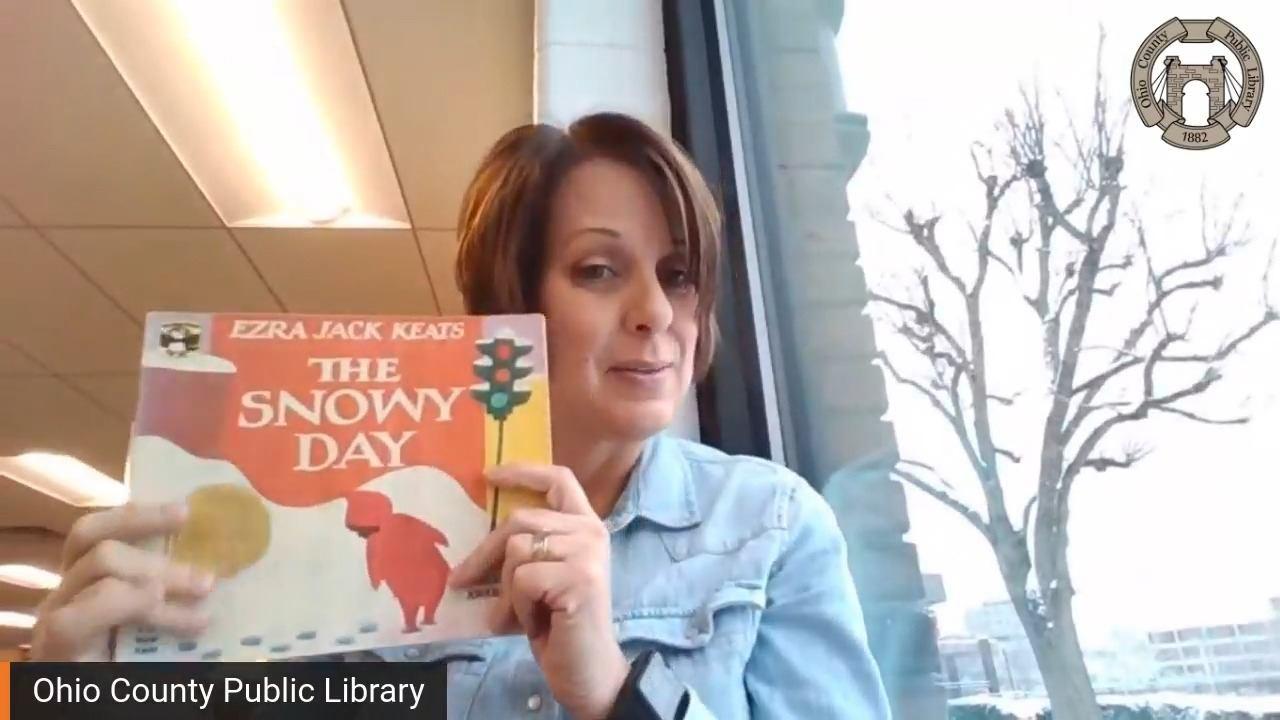 It's been a snow-filled February and the perfect time to introduce our next generation of readers to the Caldecott-winning classic, The Snowy Day by Ezra Jack Keats. In The Snowy Day, the story of a small boy's delight in a new snowfall is vividly told in words and striking pictures. Peter has a red snowsuit, a stick just right for knocking snow off of trees, and a snowball in his pocket. And, though this is never mentioned in the text, Peter is African-American making him among the first non-caricatured African-Americans to be featured in a major children's book. In 1963 The Snowy Day won the Caldecott and broke the color barrier in mainstream children’s book publishing by being embraced across social and ethnic boundaries. Beloved by generation after generation, The Snowy Day, with its vivid, contemporary illustrations and text, has become one of the most iconic children’s books of the last century. It doesn't have to be snowing outside for you little ones to enjoy our Children's Specialist read The Snowy Day online. 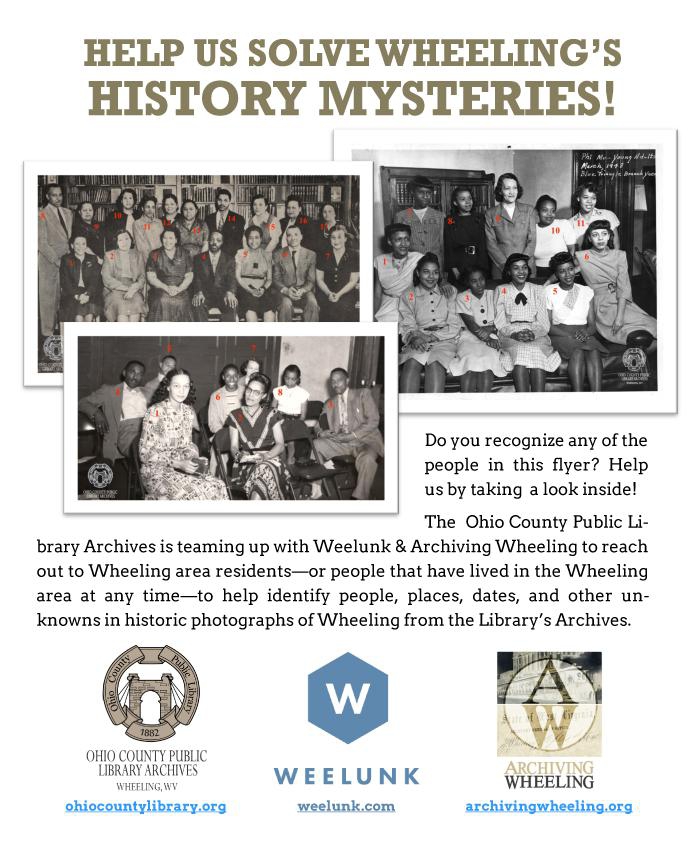 In the month of February, the Ohio County Public Library Archives teamed up with Weelunk.com & Archiving Wheeling to reach out to Wheeling area residents—or people that have lived in the Wheeling area at any time—to help identify people, places, dates, and other unknowns in historic photographs of Wheeling from the Library’s Archives. In honor of Black History Month, the first set of featured photos captured moments in time from Wheeling’s African American community. This is the first installment in what will be an ongoing crowdsourcing project to connect the collective memory of today’s Wheeling community to its historical resources and stories. A picture is worth a thousand words, and the more we know about the photos that tell Wheeling’s stories, the better we are able to uncover important and sometimes forgotten histories of our community, such as Wheeling's African American community.

Please help us to fortify and diversify Wheeling’s historical record by checking out these photos to see if you can solve Wheeling’s history mysteries one face and one place at a time. Head to Weelunk to see you can identify some of the unknown faces in our Archives or download a printable booklet featuring our featured photos and some historical facts about Jim Crow Wheeling. These booklets are also available at the Library for people who have scheduled an appointment to visit in-person and in the Lobby of the Artisan Center at 1400 Main Street.

- Read the Archiving Wheeling article about this project and other Wheeling history mysteries that have been solved through crowdsourcing.

Though February 28th marked the last day of  Black History Month 2021, we celebrate the fact that our history never ends – it marches on. Black History is American History. We do not need to wait until next February to continue to recognize the achievements and contributions African Americans make to enhance and better our society. 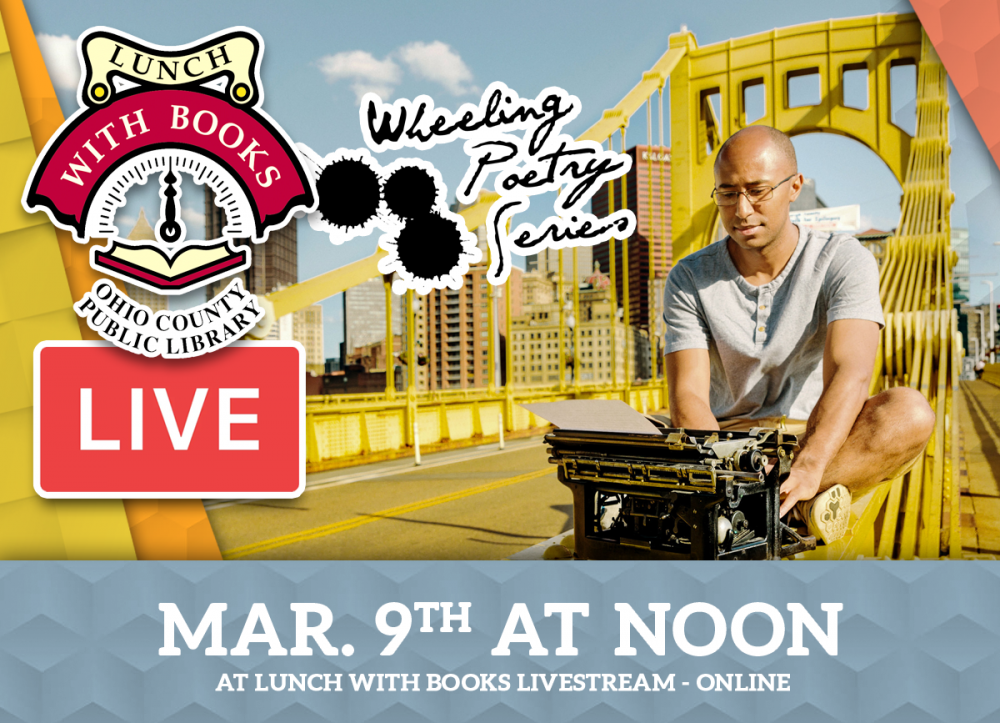 Join us for the next Wheeling Poetry Series at Lunch With Books Livestream at noon, March 8, 2021, when West Virginia Poet Laureate Marc Harshman will introduce Pittsburgh-based poet Cameron Barnett as the 16th guest in the ongoing series. Barnett, who also has a career as an editor and a middle school teacher, is an African American poet whose work explores the political, personal and cultural nuances of the Black experience in North America. Barnett’s work focuses on two main questions: “Who are we? And who are we to each other?” He focuses on how portrayals of groups of people, particularly Black people, are often monolithic and presented from the perspective of the dominant society, a perspective that leaves little room for empathy and nuance. 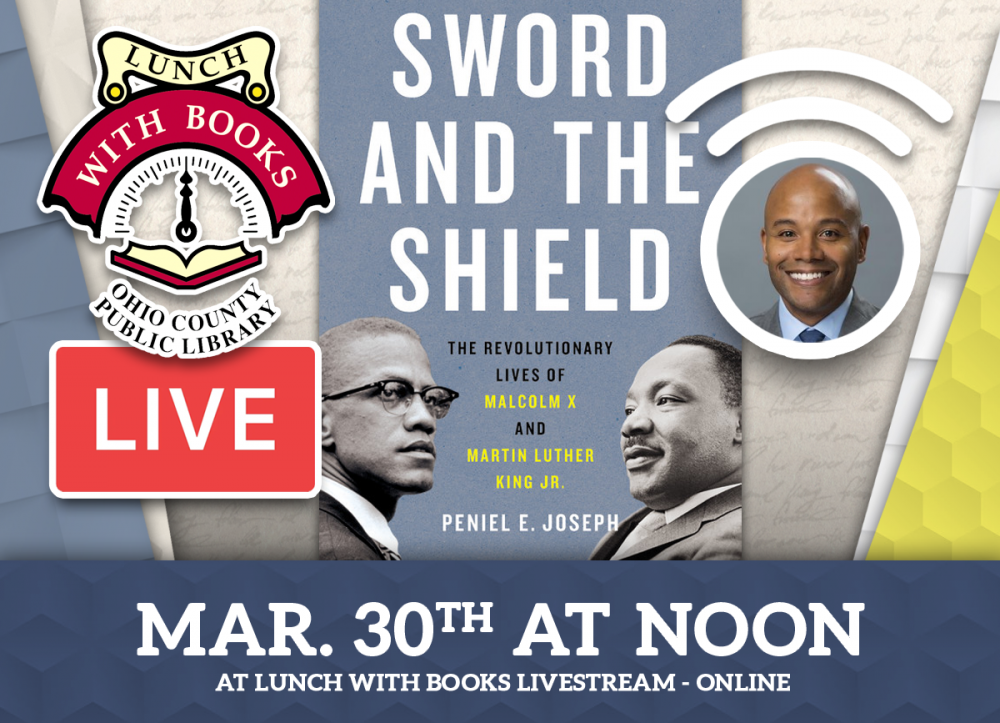 Then, on March 30, 2021, help us welcome Dr. Peniel E. Joseph to Lunch With Books Livestream. Dr. Joseph will be talking about his new book, The Sword and the Shield:The Revolutionary Lives of Malcolm X and Martin Luther King Jr. To most Americans, Malcolm X and Martin Luther King Jr. represent contrasting ideals: self-defense vs. nonviolence, black power vs. civil rights, the sword vs. the shield. The struggle for black freedom is wrought with the same contrasts. While nonviolent direct action is remembered as an unassailable part of American democracy, the movement's militancy is either vilified or erased outright. In The Sword and the Shield, Dr. Joseph upends these misconceptions and reveals a nuanced portrait of two men who, despite markedly different backgrounds, inspired and pushed each other throughout their adult lives.

ABOUT LUNCH WITH BOOKS