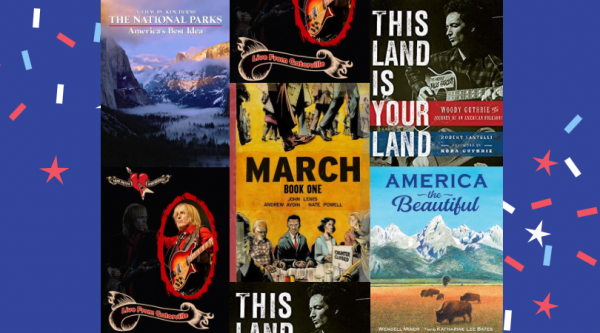 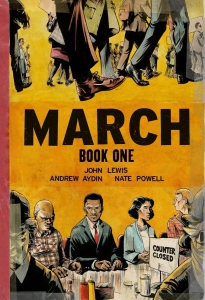 Congressman John Lewis (GA-5) is an American icon and key figure of the civil rights movement. His commitment to justice and nonviolence has taken him from an Alabama sharecropper's farm to the halls of Congress, from a segregated schoolroom to the 1963 March on Washington, and from receiving beatings from state troopers to receiving the Medal of Freedom from the first African-American president.

March is a vivid first-hand account of John Lewis' lifelong struggle for civil and human rights, meditating in the modern age on the distance traveled since the days of Jim Crow and segregation. Rooted in Lewis' personal story, it also reflects on the highs and lows of the broader civil rights movement.

Book One spans John Lewis' youth in rural Alabama, his life-changing meeting with Martin Luther King, Jr., the birth of the Nashville Student Movement, and their battle to tear down segregation through nonviolent lunch counter sit-ins, building to a stunning climax on the steps of City Hall.

Many years ago, John Lewis and other student activists drew inspiration from the 1958 comic book Martin Luther King and the Montgomery Story. Now, his own comics bring those days to life for a new audience, testifying to a movement whose echoes will be heard for generations.

CLICK HERE TO PLACE A HOLD ON March AT THE OCPL 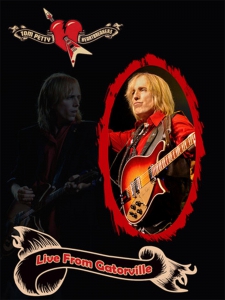 Available from Qello Concerts with your OCPL card

Summary: For Tom Petty and the Heartbreakers, and fans alike, 'Live from Gatorville' is an emotional and electrifying evening. The band performs songs from their three-decade career, including rarely played gems, influential covers, and songs from Petty's last solo album 'Highway Companion'. Tom Petty and the Heartbreakers are just getting warmed up at the beginning of the second hour as the barrage of hits keep coming with "Don't Come Around Here No More", "Running Down a Dream" and "You Wreck Me". Joined again on stage by their very special guest Stevie Nicks for several songs, highlights include "Learning to Fly" and the concert closer "American Girl." 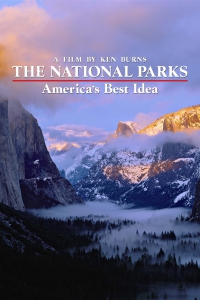 A Film By Ken Burns

Available from Hoopla with your OCPL card

Summary:  Traces the birth of the national park idea in the mid-1800s and follows its evolution for nearly 150 years. Using archival photographs, first-person accounts of historical characters, personal memories and analysis from more than 40 interviews, and what Burns believes is the most stunning cinematography in Florentine Films' history, the series chronicles the steady addition of new parks through the stories of the people who helped create them and save them from destruction. 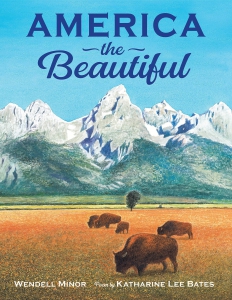 Summary: Classic Americana and patriotism meet in this picture book version of the beloved song "America the Beautiful."

Katharine Lee Bates's timeless and beloved poem alongside art by award-winning author and artist Wendell Minor, capturing the magnificent beauty of the United States. Celebrate America's ideals of togetherness and marvel at classic illustrations of her natural and historical wonders: from Yosemite National Park and the Garden of the Gods to Mount Rushmore and Plymouth Plantation. This reissued edition includes an updated introduction, information about the poet, the composer of the song, the sheet music, a map and brief information about all twenty-one American locations depicted in the book.. 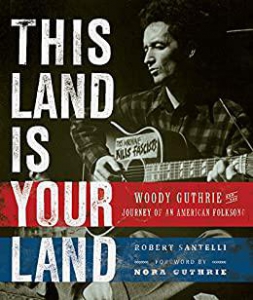 Title: This Land Is Your Land

Summary: "This Land Is Your Land" is the most iconic folk song in American history, and is the masterwork of one of America's greatest artists, Woody Guthrie. Written in 1940 and first recorded in 1944, the song became an instant hit, and then a point of controversy, and finally a cross-generation anthem. It's been co-opted and rewritten in many other countries. Praised for its heartfelt lyrics and accompanying pride and spirit, no folk song has made such a lasting impression on American culture—or stirred as much controversy.The book will publish to coincide with "Woody at 100"— a partnership between the Grammy Museum and the Guthrie Archives to stage numerous celebratory events throughout 2012 nationwide and beyond.

This Land Is Your Land is a remarkably detailed account of the journey of America's most celebrated folk song. It also details Guthrie's legendary journey from Oklahoma across the Heartland to New York City, where he wrote many of his works including "This Land Is Your Land."

With more than forty rare black-and-white photographs from the Woody Guthrie archives, a removable poster, plus original interviews with Bob Dylan, Bruce Springsteen, Willie Nelson, Pete Seeger, John Mellencamp, and more, This Land Is Your Land delivers a revealing portrait of an American treasure. 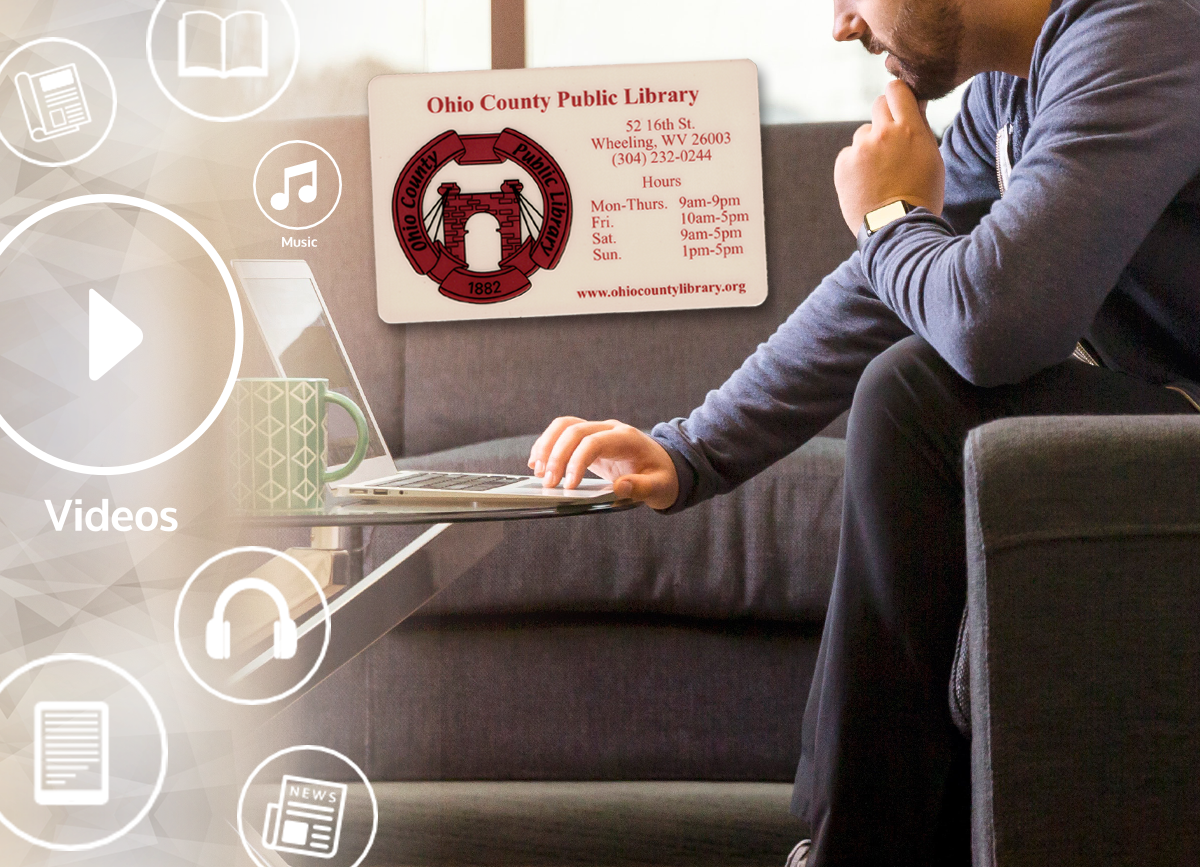 You do not have to be at the library to enjoy the OCPL services! You can enjoy the services of the library from the comfort of your own home. Access is always available to many library services remotely. With an internet connection, you can enjoy online services from anywhere. There are plenty of ways to enjoy your library card while at home or on the go.
➤ Visit [email protected] to get started.

All it takes to log in is your library card number and PIN and with an internet connection, you are ready to start downloading or streaming to your tablet, smartphone, anytime, anywhere. 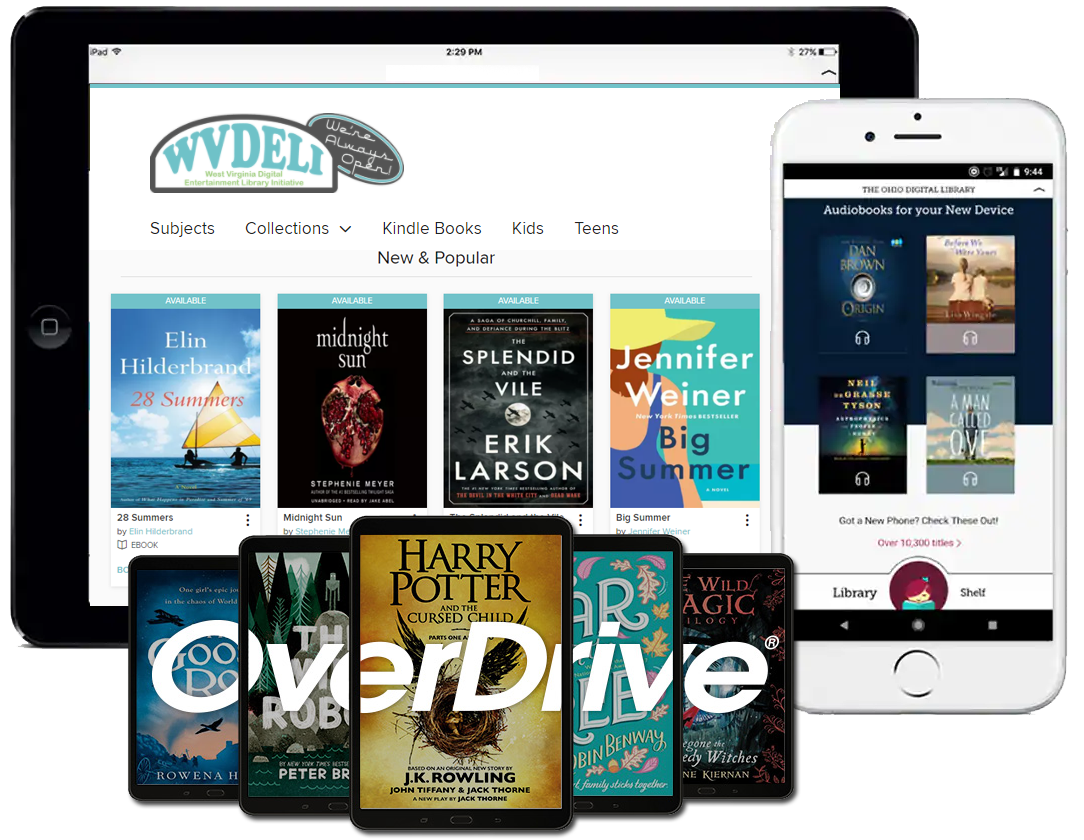