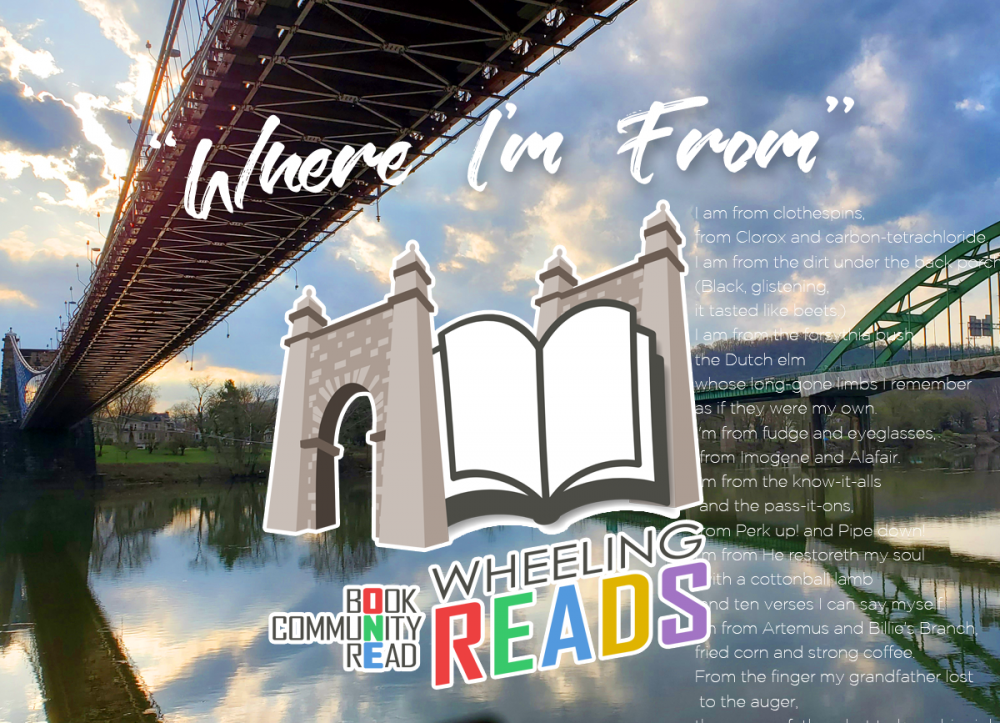 George Ella Lyon, an award-winning Kentucky poet, was inspired to fill a notebook with short, descriptive lines about where she grew up after reading "Stories I Ain't Told Nobody Yet" by celebrated Tennessee writer, Jo Carson. Eventually, her lists grew into poems, and she realized that “the question of where you are from reaches deep.”

Soon after, she began teaching other people to write their own poems called "Where I'm From," which grew into a worldwide phenomenon. In 2018 the Kentucky Arts Council ran a Where I'm From Project with a total of 731 poems from eighty-three counties throughout the state.

George Ella Lyon reading her "Where I'm From" poem. 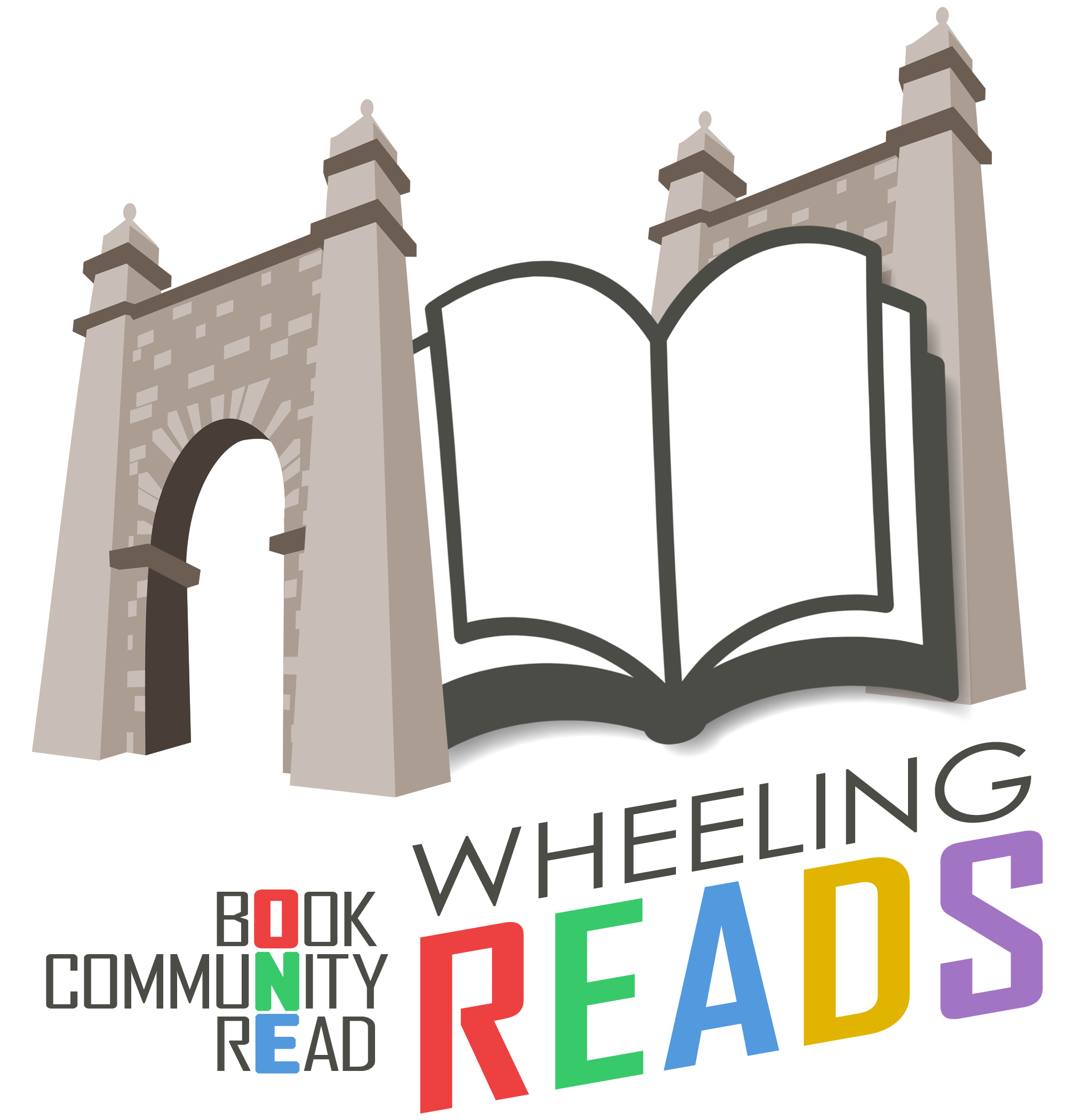 In late 2019, the Wheeling Arts & Cultural Commission in partnership with the Ohio County Public Library launched "Wheeling Reads: One Book, One Community," designed to bring our city closer together through the shared experience of reading and discussing the same book.

After opening a vote to the public, the Wheeling community chose the book "Educated," by Tara Westover (2018, Random House), for the inaugural 2020 Wheeling Reads book. "Educated" is an unforgettable memoir about a young girl who, kept out of school, leaves her survivalist family and goes on to earn a PhD from Cambridge University. In her heartbreaking and heartwarming story about striding beyond the limitations of birth and environment into a better life, Westover nearly perfected captures a "memoir of place," transporting readers to the dichotomies of desolating, yet comforting mountains of rural Idaho and the security of having strong family ties while living in a dysfunctional and abusive household.

At an early Wheeling Reads discussion at Towngate Theater this past February, the idea of “memoir of place” was discussed as two local authors, Christina Fisanick & Laura Jackson Roberts, read their own versions of the “Where I’m From” poem.

As the City and the nation remains shuttered up in place during this time of self-isolation and social distancing, we could not think of a better exercise to reflect on "memoir of place" than to invite our community to participate in the "Where I'm From" project.

Wheeling Reads would like you to hear your own “Where I’m From” poems. We will video record and feature our favorites on the thirtieth of each month. The final winner(s) will be announced at the Upper Ohio Valley Festival of Books this fall.

Wheeling writer Christina Fisanick gets us started with her own take on this fantastic series with a poem at the end of this news story. Tell us, readers, where are you from? Send us your own "Where I'm From" poems at [email protected].

"Where I'm From" Poems on Lunch With Books Livestream

Don't miss Lunch With Books Live, tomorrow, Tuesday, June 2, when Christina Fisanick and Laura Jackson Roberts share their own "Where I'm From" poems along with some much-needed lighthearted levity.

Get started on your own "Where I'm From" Poem

Listening to or reading George Ella Lyon's original poem is a great place to get started working on your own "Where I'm From" poem. There are also many examples to read at the iamfromproject.com website. For an example of a poem written locally, we've provided Christina Fisanick's take below.

As you prepare to write, remember that we all come from experiences, not just locations. We are from our family and its history, from the food we eat, the songs we sing, the houses we live in.

There’s no right way to do this, no one poem to be written. If you're feeling adventurous, just choose what sounds like a beginning and what has an ending feel to it.  If you'd like help getting started, try using our online "Where I'm From" online form here.

Send us your finished "Where I'm From" poems at [email protected]. Multiple entries encouraged.

I am from the bottom of Chicken Neck Hill
where we bake our pizza in squares
and pile fried fish high on white bread.

I am from winding roads and rolling hills
where the symphony plays under firework skies.

I am from lake shores and mud bogs
and have more than one pair of crick shoes for
catching minnows and crawdads
that my rich friends like to call crayfish.

I am from Walter Reuther and Mother Jones.
Red bandanas and picket signs.
I am from swinging axes and shoveling coal.
From company stores and shotgun shacks.

I am from lightening bugs signaling summer’s arrival
and streetlights telling me it’s time to go home.

I am from backyard fires and moonshine stills.
Burnt-black marshmallows and cicada song.

I am from the Gateway to the West,
where wagon trains lumbered along National Road
and steamboats floated to New Orleans
down the rambling Ohio.

I am from the Fish Crick deal and going alone.
And too much coffee and not enough smokes.

I am from tomatoes warm off their vines,
secret ramp patches deep in the woods,
and walnut-stained hands after the first hard frost.

I am from hollers and valleys and old pickup trucks.

I am from hillsides blazing with color on Sunday drives
and porch sitting with neighbors in the nowhere of dusk.

I am from hands that hurt and hands that heal,
and I am stronger than pig iron forged into steel.