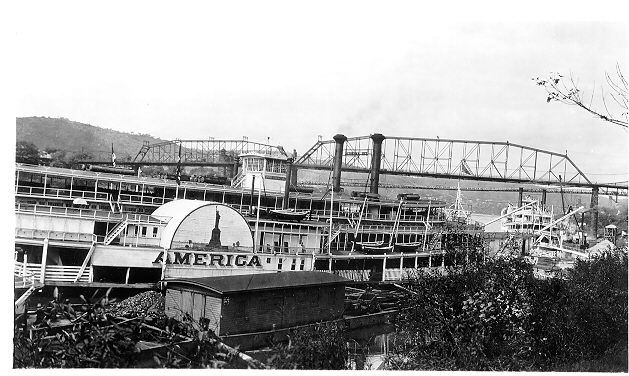 America was built in 1917 as a packet. She was converted to an excursion boat in 1923 and operated principally out of Louisville. In 1923 she made a trip to Pittsburgh. She burned in 1930. .(Way's Packet Directory)

Service provided by the staff of the Ohio County Public Library in partnership with and initially funded by the Wheeling Natonal Heritage Area Corporation.