This three-span elliptical stone arch spanning Wheeling Creek on National Road was built by Colonel Moses Shepherd in 1817. Perhaps to satisfy his wife Lydia’s vanity, Shepherd used his influence with Senator Henry Clay to change the location of the bridge so the National Road would run nearer to the Shepherd estate. Shepherd built a monument to Clay nearby, and the bridge is sometimes known as the “Monument Place Bridge.” Unfortunately, its beautiful limestone building blocks were covered in concrete in 1958. [Text adapted from Wheeling Then & Now by Duffy and Rinkes, Arcadia, 2010] 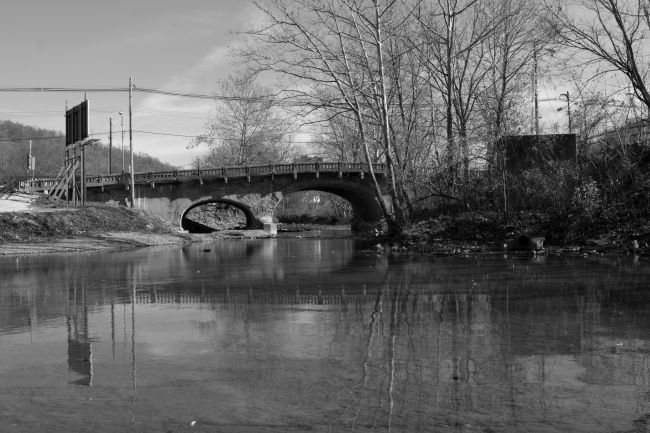 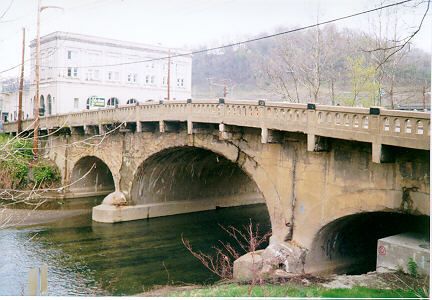 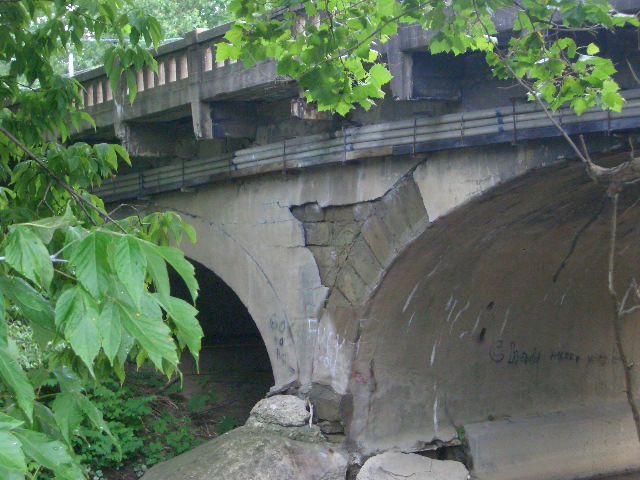 Views of the Elm Grove Bridge from the Brown Collection

Posing under the bridge, Hoffman Collection.
Flood of 1907.