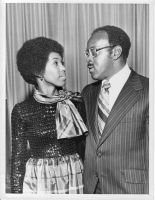 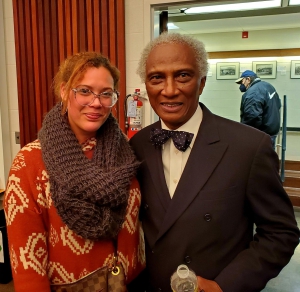 Ann Thomas was a wonderful, optimistic, courageous, and genuinely kind woman, and a dedicated patron of the library and library programs. After she passed on February 22, 2019 (having bravely battled cancer and endured suffering for many years), we decided to create an annual memorial lecture series at the library in her honor.

Our first speaker was Dr. Joe Trotter of Carnegie Mellon, who talked about his book, Workers on Arrival: Black Labor in the Making of America on Feb. 18, 2020. Watch the video of Dr. Trotter's talk on YouTube.

Our second speaker, on Feb. 23, 2021, was Crystal Wilkinson, the award-winning author of The Birds of Opulence (winner of the 2016 Ernest J. Gaines Prize for Literary Excellence) and Associate Professor of English in the MFA in Creative Writing Program at the University of Kentucky. Watch the video of Crystal's talk on YouTube.

Our third speaker, William H. Turner, PhD, is the fifth of ten children, and was born in 1946 in the coal town of Lynch, Kentucky, in Harlan County. His grandfathers, father, four uncles and older brother were coal miners. He spent his professional career studying and working on behalf of marginalized communities, helping them create opportunities in the larger world while not abandoning their important cultural ties. Dr. Turner discussed his book, The Harlan Renaissance, an intimate remembrance of kinship and community in eastern Kentucky’s coal towns. Turner reconstructs Black life in the company towns in and around Harlan County during coal’s final postwar boom years, which built toward an enduring bust as the children of Black miners, like the author, left the region in search of better opportunities.