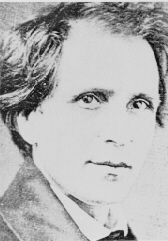 He was among the first of the doctors to specialize — and his specialty was the treatment by surgery of defects of the mouth and head. Specialization in those days was tantamount to quackery. To compound the situation, dentistry was looked on as a trade practiced by mechanics.

He frequently invented his own instruments, six of which still remain in use. In addition, he was a successful author and lecturer. He was also a humanitarian. Over a third of the operations he performed during the last 10 years of his life were acts of charity.