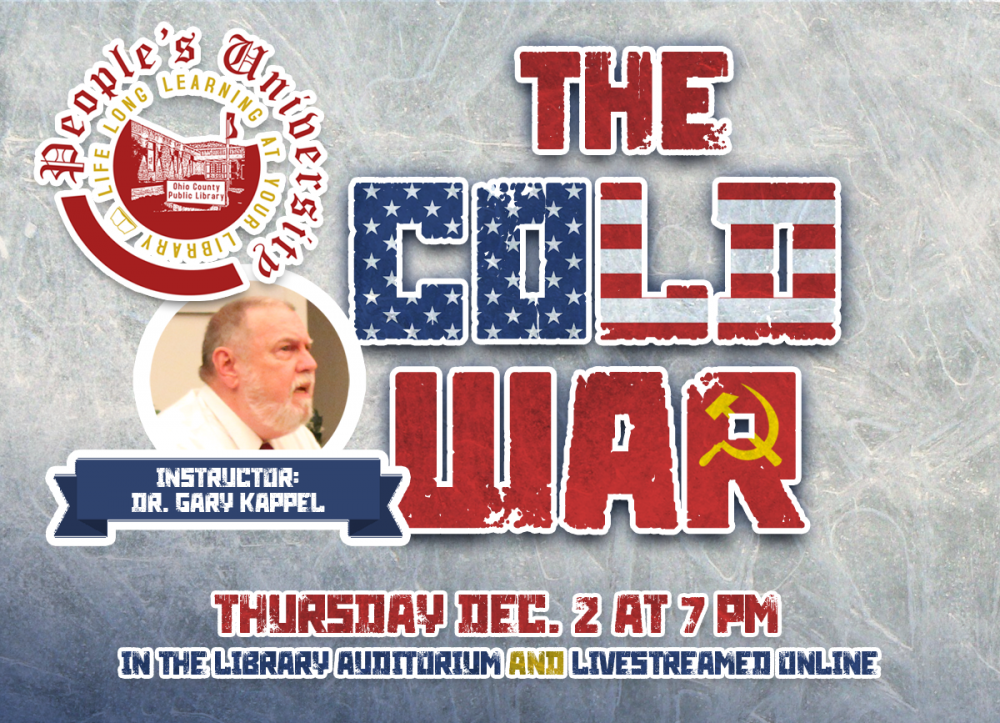 In this introduction to the Cold War, we will discuss agreements made during wartime prior to 1945; the first confrontations over Poland, Iran, Turkey, etc.; the Long Telegram and Containment; the Truman Doctrine, The Marshall Plan, Berlin Airlift, and NATO. It's a lot to cover, but if you've heard Dr. Kappel lecture before, you know it will be an excellent primer for this series.

Class starts at 7:00 pm in the Library Auditorium. This program will be available to watch live on Facebook Live, on YouTube, and on the OCPL website's People's University Livestream: The Cold War page.  Log into your Facebook or YouTube account during the program to leave questions for our presenters in the comments box. They will answer them during the live broadcast.