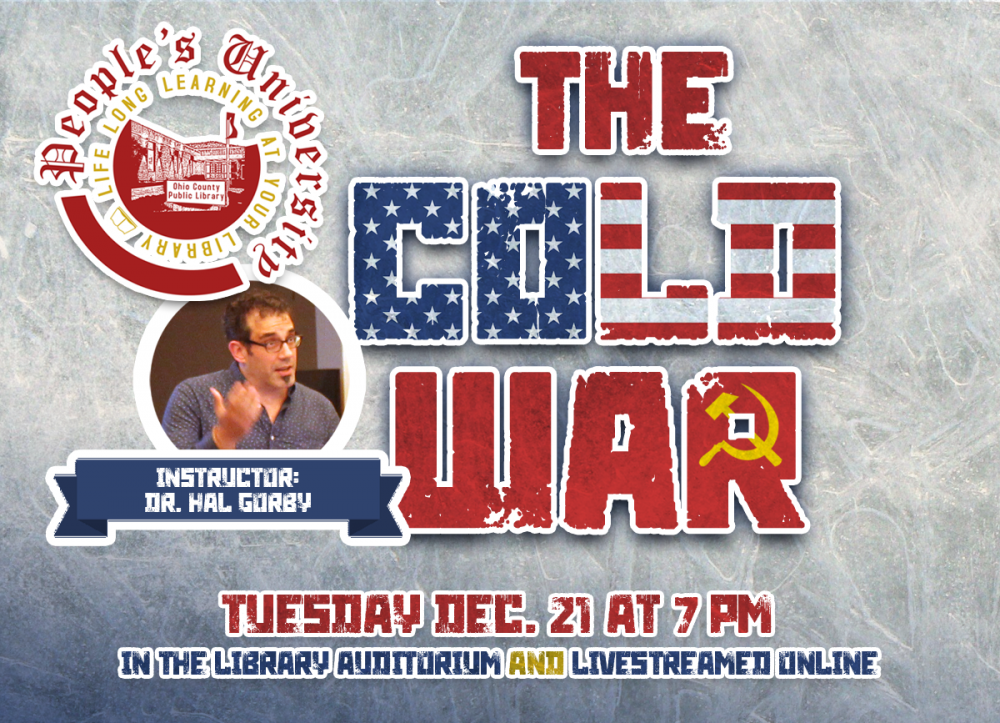 With the fear of the Soviet Union came a related fear of communism at home.  While often associated with Senator Joseph R. McCarthy, an anti-Communist movement took shape, influencing politics, Hollywood, labor unions, and the daily lives of Americans worried about the influence of communism all around them.  This class will examine how this time period could both be an age of economic security as well as heightened paranoia about the “Red Menace.”

INSTRUCTOR: Dr. William Hal Gorby is a teaching assistant professor of history and director of undergraduate advising at West Virginia University. He teaches courses on West Virginian, Appalachian, and American immigration history. He consulted on the research and script editing for the Emmy-nominated PBS American Experience documentary The Mine Wars and hosted and researched the podcast "Henry: The Life and Times of Wheeling's Most Notorious Brewer," produced by Wheeling Heritage Media. His book, Wheeling's Polonia: Reconstructing Polish Community in a West Virginia Steel Town was published by WVU Press in 2020.