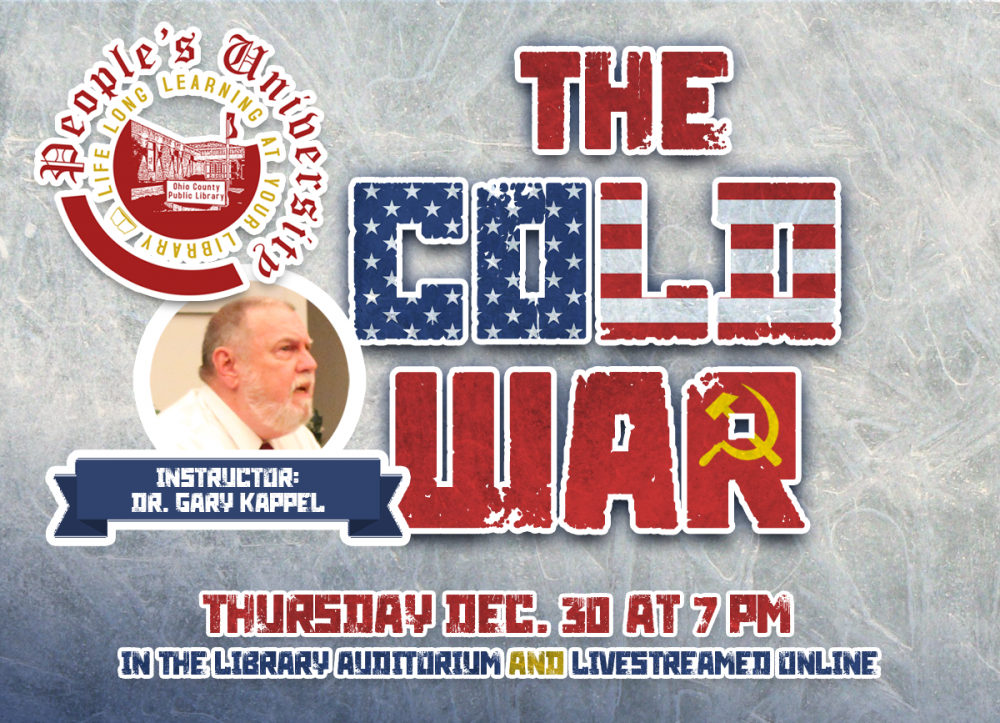 Tonight will be all about bombs and acronyms! Dr. Kappel will discuss the origins of Manhattan Project; the decision to use the bomb; early nuclear strategy; Russian acquisition; H-Bombs; Massive Retaliation vs. ladder of escalation; Counterforce vs. Countervalue; MAD (Mutual assured destruction); SALT (Strategic Arms Limitations Talks) I and ABM (anti-ballistic missile); SALT II; Reagan and SDI (Strategic Defense Initiative).