“The future holds much in store for the library, which is the agency for keeping our citizens informed.”-Miss Virginia Ebeling, Librarian, Ohio County Public Library

It opened as the “Wheeling Public Library” on October 12, 1882. Several

subscription libraries operated in Wheeling from as early as 1807 when the Wheeling Library Company was chartered. Most charged a fee for patrons to use their resources. But the free Wheeling Public Library was a product of the Mercantile Library Association, (also subscription based) which was chartered in 1859 by the Ohio County Circuit Court and which closed on March 29, 1881.

“Realizing the advantages of a public library,” the city’s Board of Education (BOE) created a library committee that met in January 1882 to consider “organizing one.” The defunct Wheeling (Mercantile) Library Association’s collection was transferred to the BOE with the stipulation that the Board “shall secure such legislation as will enable the Board to assume the control of the books and provide for the necessary expenses of caring for and perpetuating said library to the satisfaction of the trustees and under such conditions to be hereafter agreed upon.”

State legislation passed on February 14, 1882, provided for the establishment, maintenance, and support of a public library by the BOE.

In 1904, Wheeling voters, with considerable influence from local labor organizations (largely due to memories of the 1892 Homestead Strike), rejected a grant from Andrew Carnegie to build a new library. The Board of Education then assumed the expense of building a new facility without any assistance from Carnegie. Designed by Charles W. Bates, the new library opened on January 9, 1911 at 2100 Market Street. 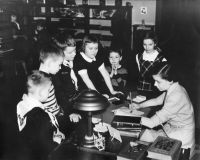 The library’s children’s department opened in March 1912. In the early 1920’s the library was recognized as one of the largest collections in the state and it continued to lead the state by providing innovative services such as the first bookmobile in the state (1935), extensive audio recording and music libraries (1938), branch library collections, and audiovisual materials.

The Tax Limitation Amendment to the West Virginia Constitution, ratified in November 1932, did not provide for funding of public libraries and necessitated the passage of special legislation.

On May 22, 1933 a county unit bill was passed which abolished local school districts and created consolidated county boards of education. The Ohio County Board of Education was born. 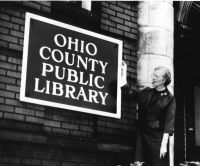 On May 31, 1933, the West Virginia Legislature passed special legislation creating the Ohio County Public Library, an organization to be governed by a board of trustees and passing title to the public library's assets from the Wheeling independent school district to a board of trustees for the library.

The Act also required that for the maintenance and operation of the Library, the Board of Education of Ohio County was to lay the annual levy (set at 3 cents on each one hundred dollars of the assessed valuation of the property of Ohio County) and disburse the money to the Library’s Board of Trustees. In other words, since the public library itself was not empowered to levy taxes, the Board of Education was seen as the best entity to do so on behalf of the library. As Virginia Ebeling wrote in her history of the library, “This act of legislature enabled the library to enter upon its period of greatest usefulness to the public.”

Later the special law was amended to include monies from the Ohio County property tax assessments.

According to The West Virginia Business & Economic Review, the property tax “remains one of the primary sources of revenue for local governments across the nation due to its dependability and stability.” Furthermore, “West Virginia’s property tax is one of the lowest per capita and per personal income in the nation.” 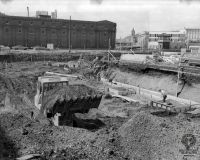 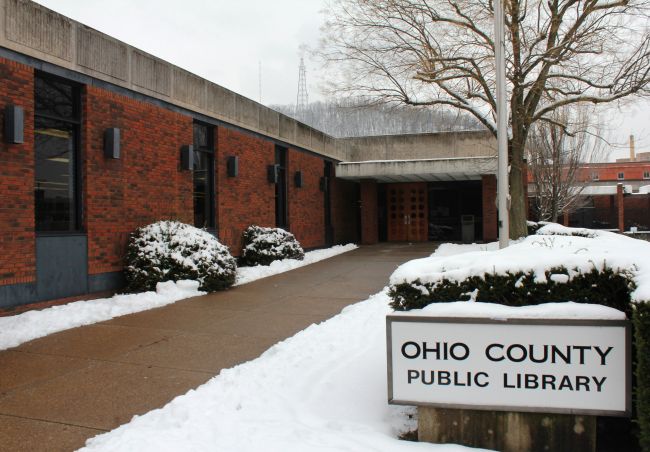