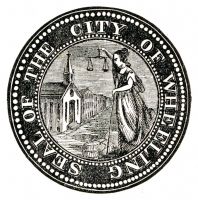 Dates of Significance for Wheeling

Wheeling was incorporated as a city on March 11, 1836 by act of the Virginia Assembly. In August of 1936, an elaborate, citywide, week-long centennial celebration of this event was staged. 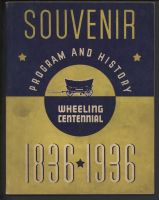 Highlights of the 1936 Centennial Celebration

On March 8, 2016, a celebration of the 180th birthday of Wheeling as a city, hosted by Wheeling's historian, Margaret Brennan, was held at Lunch With Books at the Ohio County Public Library. "Pa Wheeling" made a rare appearance, Stuart Bloch, son of the 1936 Chairman Thomas Bloch, offered remarks, current Wheeling Mayor Any McKenzie read a proclamation, and local music legend Yodeling Dick Brooks led a sing-along. 105 people attended, all enjoyed the show and most enjoyed some birthday cake. 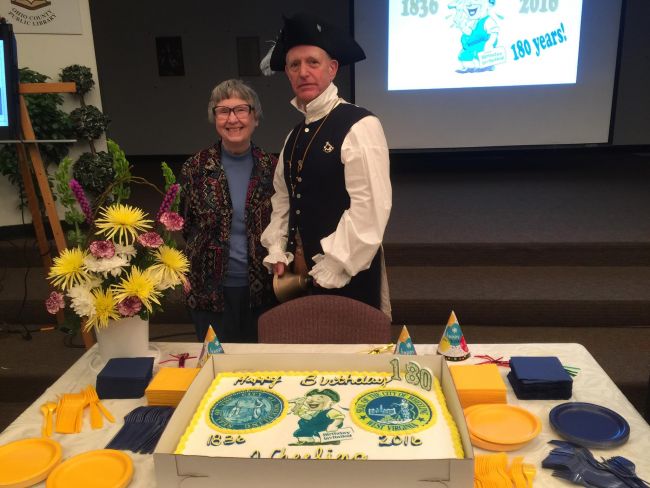 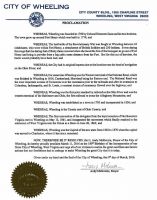 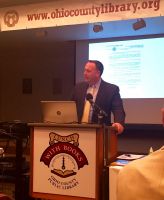 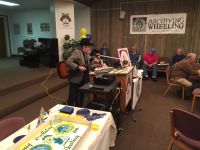 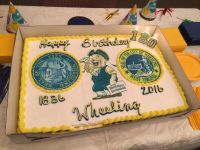 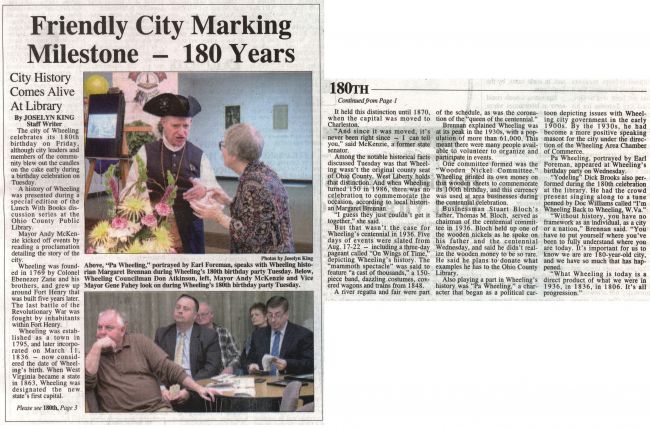