By the late nineteenth century, many German-Americans had settled in Wheeling, West Virginia. There were three German Singing Societies, with membership determined by social distinctions. The Mozart Singing Society drew most of its membership from the Schmulbach Brewery in south Wheeling.[1] The president of the Brewery, Henry Schmulbach, had the vision and means to create a recreational park for the people of the area. He purchased land that encompassed the top of a high hill overlooking south Wheeling and developed Mozart Park on a portion of the land. The park opened in 1893.[2] 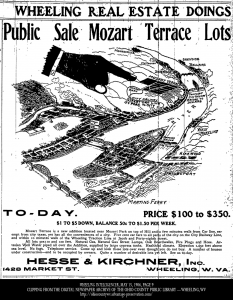 In 1908, the residents of the "villages on Mozart Hill" discussed the possibility of applying for a charter to incorporate as a town of village. "The matter has been talked of by the citizens representing the seventy-five or eighty families residing in the beautiful suburban district, but they have not taken any definite action. The principal reason why the place has not become incorporated before this time is due to the fact that the laws of the state require an excessive amount of bother and outlay of time... when it comes to incorporating a village situated in two counties, as the district on the hill top is. The larger number of residences is located in the addition known as Mozart Heights but the population of Mozart Terrace, which is in Marshall county, is by no means small." [4]

More talks of incorporation were held in March and early April of 1911 as "the residents of Mozart are anxious to have a fire department and police protection and it appears as though the sentiment is for the incorporating of the town so that the city conveniences and necessities can be obtained." However, the matter of incorporation was dropped at a meeting on April 11. [5]

Mozart Park closed in 1917 and the remaining land was sold off in parcels. Most of the former parkland is now the location of the Wheeling neighborhood of Mozart which includes the real estate development areas of Mozart, Mozart Terrace, Mozart Heights, and Mozart Meadows (a 1965 subdivision). [6]

In November of 1944, a vote was taken of "the qualified voters of the State of West Virginia inhabiting the territory proposed to be annexed known as 'MOZART'... The following is a brief description of the territory proposed to be annexed and incorporated within the boundaries of the City of Wheeling, West Virginia. Commencing at the present corporation line in north line of Marshal County, thence east with Marshall County line, 440 feet thence with the division line between Golch and Kuhl east about 300 feet thence north along east line of Altamount Addition about 700 feet thence west to the southerly line of the concrete road on Frazier's Run thence north to the intersection of George's Run with Caldwell's Run thence south with present corporation line to the place of beginning." [7] The vote was cast in favor of annexation at a count of 64 for and 32 against. [8] An ordinance was passed by the Wheeling City Council in December of 1944 officially annexing a portion of the Mozart community. [9] However, the annexation did not include all of Mozart.

A 1969 article in the Intelligencer pointed out, "One area is presently mapped as part of Wheeling. Another section is listed as a corner of Ohio County and the third lines in Marshall County." Talks in June of 1969 of annexing an additional portion of Mozart into Wheeling. "Property owners in Mozart are presently screaming for fire protection but the area is divided into three sections... Problems encountered in Mozart are shared by all of the citizens." [10] The talks of annexation were nixed in July - "While annexation seemed not too agreeable, it was acknowledged that everyone wants adequate fire protection . . . even those residents who live in Mozart that is a part of Wheeling . . . 'we are paying the tax and aren't receiving protection at all,' they say." [11]

The portions of Mozart that are not part of the City of Wheeling today remain unincorporated.

➤ Overlooking South Wheeling in the vicinity of 43rd Street (site of former Mozart Park Incline),  lying on the border of Ohio and Marshall counties. 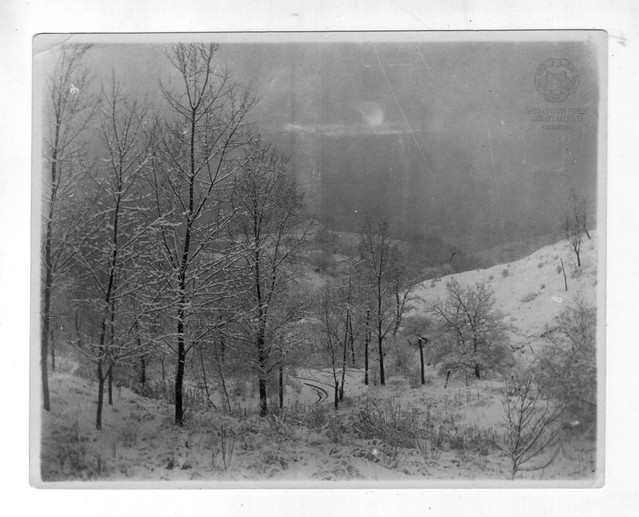 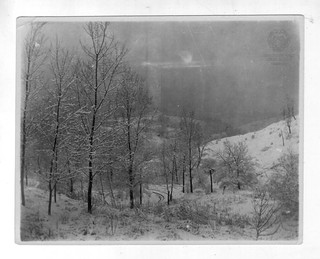 Materials in the Library's Wheeling Room:
non-circulating, ask at Reference Desk for access.