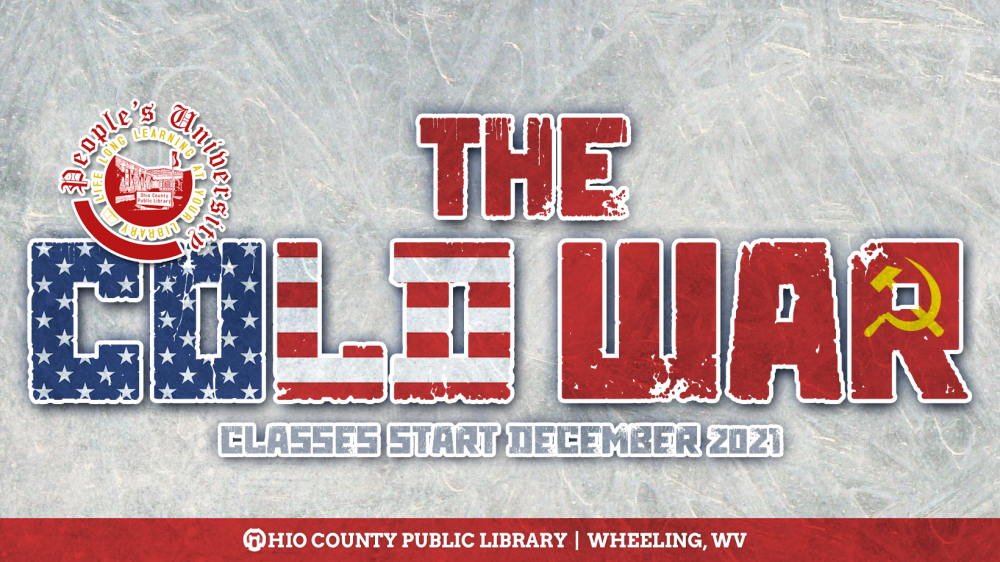 Watch videos from this series below.

The thirty-third series in our People's University program,  "The Cold War,"  starts December 2, 2021.  The "Cold War" was the crucible by which the United States was transformed into a global superpower and laid the basis for the national security state. The ideological and geopolitical competition between the U.S. and the Soviet Union shaped the global and regional makeup of the modern world. A driver for the development of both conventional and nuclear forces, the Cold War played out not just between the U.S. and the U.S.S.R, but also in Europe, East Asia, the Middle East, indeed, the entire world, leaving legacies that continue to influence global politics in the twenty-first century.

Dr. Joe Laker is Emeritus Professor of History at Wheeling Jesuit University and a Board Member of the West Virginia Independence Hall Foundation. Following his graduation from Marian College with a degree in history, he spent two years teaching English conversation in Kyoto, Japan. He returned home to seek advanced degrees at Indiana University and received his Ph. D. in history in 1975. He spent the next 33 years at Wheeling Jesuit University. He has written a number of articles on various aspects of Japanese and world history. Since retiring in 2008, he has written a history on Wheeling Jesuit and a variety of articles on West Virginia history.

Classes starts at 7pm in the Library Auditorium. These programs will be available to watch live on Facebook Live, on YouTube, and right here on the OCPL website's People's University "Cold War" Livestream page.  Online viewers can leave questions for our presenters by logging into their Facebook or YouTube account during the program to leave using the comments box. The questions will be answered during the live broadcast.