One of several visits to our city, then U.S. Senator John F. Kennedy first spoke to the people of Wheeling at the Virginia Theatre, October 14, 1956. He would later come back to Wheeling on the campaign trail, April 27, 1960 (seen below), and again as President, September 27, 1962.

From the West Virginia State Archives 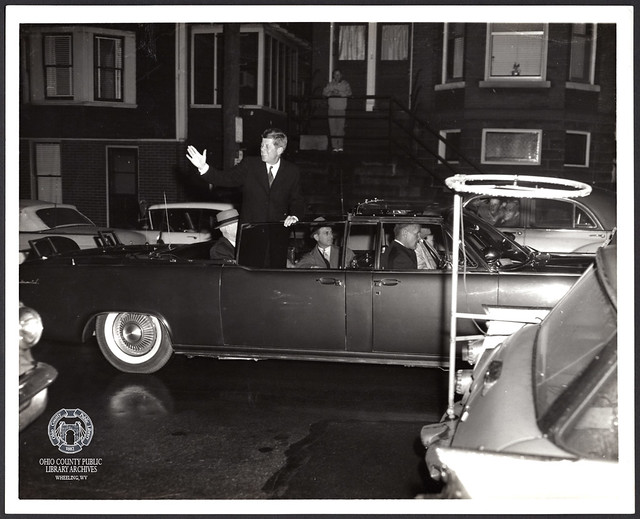