Preceding the 1952 United States presidential election, Republican candidate Dwight D. Eisenhower (September 24) and outgoing president Harry S. Truman (October 23 - raising votes for Democratic candidate Adlai Stevenson) came through Wheeling within a month of each, both on campaigning on whistle-stop train tours. Following Nixon's infamous "Checkers" speech televised on September 23, Eisenhower would ask Richard M. Nixon, his vice-presidential running mate, to meet him "face-to-face" on his September 24 Wheeling stop. Eisenhower met Nixon late that night, in Nixon's airplane at shortly after landing at the Wheeling-Ohio County Airport. There, Eisenhower confirmed that Nixon would remain the General's vice-presidential running mate. As the two men emerged from the big DC-6B plane called the "Dick Nixon Special," Eisenhower with his arm around Nixon's shoulders, a massive crowd on the tarmac chanted a mixture of "We Want Ike" and "We Want Nixon." As the two men embraced Nixon joked, "This is something new. We've never done this before." They then left for a rally at Wheeling Island Stadium.

During a campaign stop in Wheeling four years later, September 28, 1956, Nixon was asked about that meeting by a Wheeling Intelligencer reporter. Nixon replied that no one was more surprised than he was when he learned Eisenhower was sitting in a parked car on the airfield ramp waiting for the plane to land. "I was just pulling on my coat when someone said Mr. Eisenhower was boarding the plane." 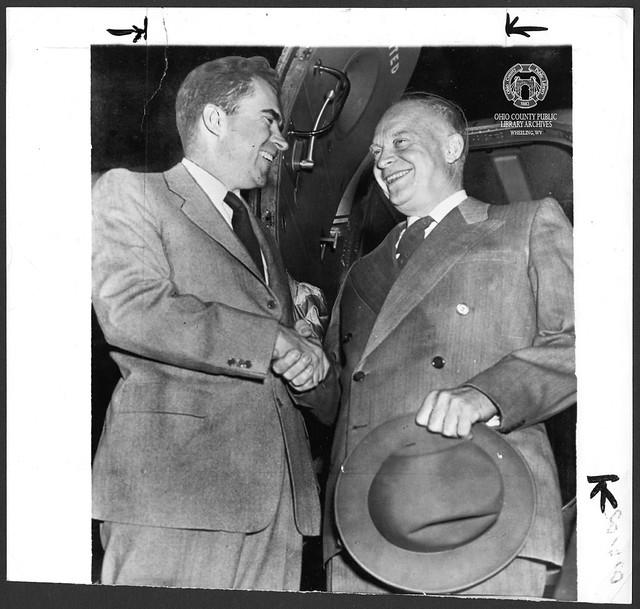 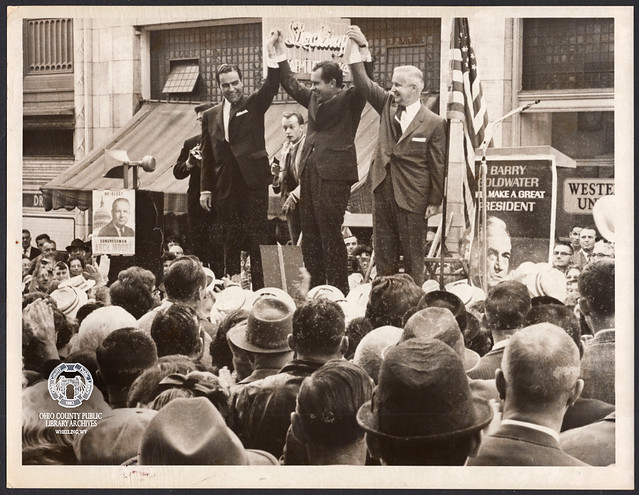