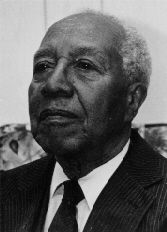 A servant of the people, regardless of race or creed.

A man who has accomplished so much worthwhile with sincerity, care, consideration, courage, and keen insight into the human condition and its foibles.

That is James S. "Doc" White, nominated for the Wheeling Hall of Fame in the area of public service on the basis of a lifetime of devotion to the betterment of his community and its citizenry.

"Doc" White, born in Roanoke, Va., in 1901, is the oldest practicing pharmacist in West Virginia, but his formula for improving the lot of his fellow man came not from any special prescription in a chemistry book nor a medical journal. It came from his heart.

"Doc" has been a member of the Ohio Pharmaceutical Association for 40 years. He is a registered pharmacist in Ohio, Pennsylvania and West Virginia and still works part time.

He has been a member of the Simpson Methodist Church for over 50 years and treasurer of the church for 47 years.

Some of his most significant work has been done as a member of the Wheeling Housing Authority, which he served for over 22 years and helped to secure for his community hundreds of units of public housing and millions of federal dollars.

"Doc" White's involvement with so much that is good has set an example for all has certainly contributed to the betterment of race relations in the city where he is held in such esteem.

Back in the days when Lincoln High School and Blessed Martin High School were in operation, prior to the integration of the local schools in 1955, White presented cash awards to students to those schools and encouraged them to pursue higher education.

His efforts have been recognized by many organizations and he has plaques and citations galore. In 1970, he was cited by the Charleston Gazette for a Black Honor Roll in West Virginia. He also received commendations from the City of Wheeling, Lincoln High School, the Black Student Council at Wheeling College, the Ohio-Marshall Pharmaceutical Association, Clay School, Horizons Unlimited, the U.S. Department of Housing and Urban Development, and the Wheeling Housing Authority.

"Doc" White lost his beloved wife Geneva, who shared in his hopes and aspirations and in his devotion to people, on Sunday, Sept. 14. They had no children of their own. However, many children of several generations owe a debt of gratitude to "Doc" for making their path in life a bit smoother and more pleasant.