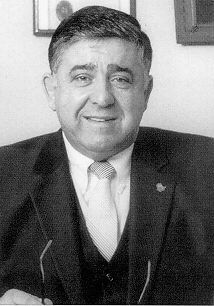 One wonders if the Madison Avenue pastry chef ever thought he one day would head up a multi-million-dollar corporation with 1,200 employees.

For that is what happened in the life of Dominic V. Agostino, founder, president and chairman of the board of Aladdin Food Management Services Inc. of Wheeling.

Born on Oct. 16, 1931, in Brooklyn, N. Y., Agostino is a graduate of the Culinary Institute of America in New Haven, Conn. He worked as a pastry chef for Stark Restaurant on Madison Avenue in New York City and for various country clubs and hotels and then spent 20 years with ARA Services Corp. of Philadelphia.

Agostino, who moved to Wheeling in 1966, created and incorporated Aladdin on June 14, 1978. In the two decades of company operations since Aladdin's founding, Agostino's company has achieved growth of more than $30 million in sales. The company has grown from one college account in 1978 to over 50 accounts today.

Bethany College was that first contract Agostino took after starting Aladdin. The school was experiencing financial pressures at the time and needed to make significant cuts in its budget. Food service, which represented 10 percent of the school's overall budget, was a prime candidate for review. Aladdin got the contract and, according to the college treasurer, "greatly improved the quality of our food service program and increased student satisfaction while saving us [the college] money their first year of operation."

Similar results have occurred as Aladdin's services have been expanded to include not only colleges, but also business and industry, hospitals, school districts, conference centers, senior citizen programs, a private gourmet restaurant, country clubs and environmental services as well.

In all, Agostino has had 39 years of manual and administrative food service experience and about 25 percent of that time has been spent in operations, budgeting, supervising, surveying and developing systems for more effective and efficient ways in marketing and servicing school lunch programs.

Agostino has served on the National Restaurant Association Board of Directors and on the governor's charity food bank advisory committee for the state of West Virginia. He has researched and designed standards of production and menu designs for microwave cooking in health care institutions; designed and provided on-site planning and consultation for the first solar energy kitchen in the United States; and served and continues to serve as a professional consultant to schools, colleges, restaurants, nursing homes and hospitals.

Agostino's managment philosophy is one that believes programs must be tailored specifically to each client, as each has different objectives, problems and needs that require different solutions. Another part of his philosophy is that service is people: the quality of employee performance determines the quality of an organization's success.

His company also charges no unnecessary overhead. Using zero-based budgeting, the company plans every year from the ground up, a procedure that Agostino said gives employees the decision-making flexibility they need.