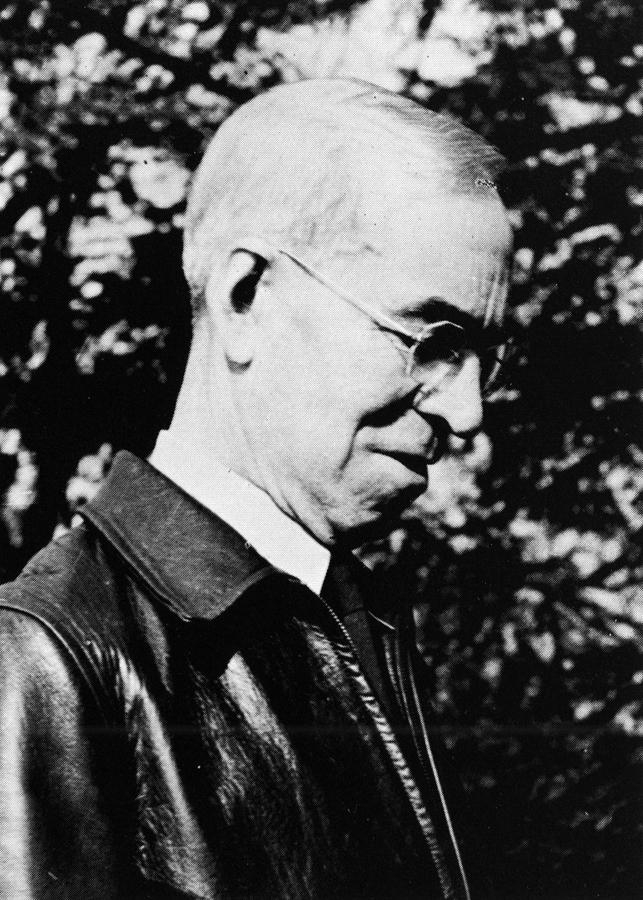 When A.B. Brooks led a group of man, women, and children along the trails of Oglebay Park, his reverence for nature and the creatures of God made the event an almost religious experience. When he retired as Oglebay Park naturalist and director of nature education for Oglebay Institute in 1942, it was said, "He lives in every tree, every flower, every bird, and every scampering furry creature of Oglebay Park for into the development of Oglebay, he poured the richness of his great soul."

"A.B.," as he was called by virtually all who knew him, enriched the lives of countless individuals as he instilled a love and wonder of nature and her beauty. Born in French Creek in Upshur County and graduated from West Virginia University in 1912, Brooks wrote and illustrated many reports for the West Virginia Geological Survey. One of these, "West Virginia Trees," is still considered the standard work as it is a study of more than 100 varieties of tress native to the state.

After graduation from WVU, Brooks became associated with the WVU Agricultural Experiment Station, served with the West Virginia Department of Agriculture, and was state game protector from 1921 to 1928. He was an original member of the cadre from the WVU Extension Service who came to Wheeling in response to an invitation from Earl Oglebay's nephew, Crispin Oglebay, to initiate an activity program at Waddington Farm - a property which had been offered to the city but, at that time, not yet accepted.

Brooks originated a program of twice daily nature walks at Oglebay during the summer months and taught participants to recognize bird calls, wildflowers, and trees. He originated Sunday morning bird walks, which would conclude with outdoor breakfasts. In the late 1920, he established the Oglebay Park Nature Leaders' Training School, the first of it kind and the pattern for many to follow. The Brooks Bird Club, named after him and founded by bird-lovers trained by him, numbers more than 1,000 members, with chapters in almost every state of the union and in at least ten foreign countries.