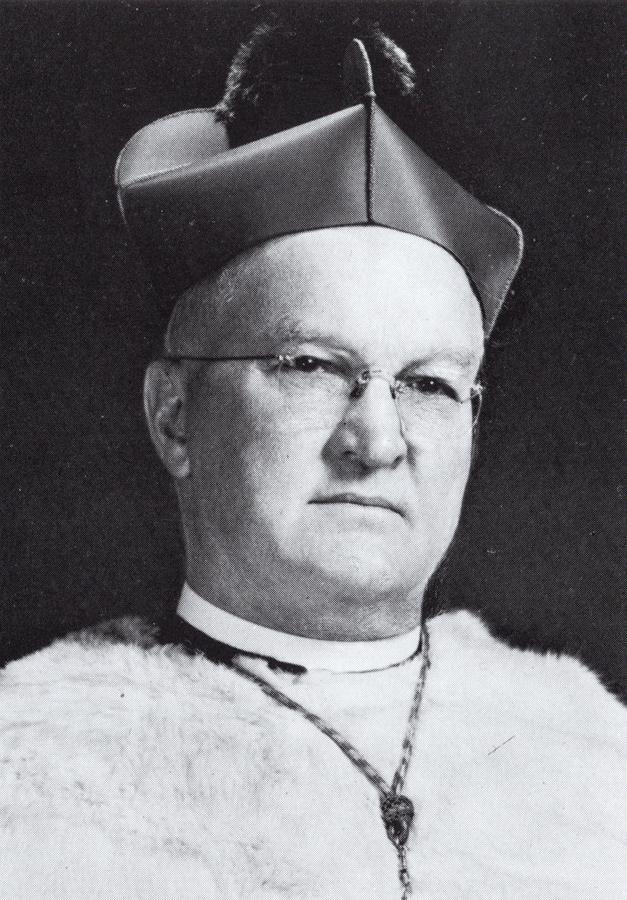 John J. Swint was consecrated as Bishop of the Diocese of Wheeling on December 11, 1922. During the 40 years of his episcopacy, he was to supervise an ambitious building program that produced more than 80 new churches, 35 schools, and five hospitals. Moreover, he was to found Wheeling College. The building program also included the construction of a new St. Joseph's Cathedral to replace an old structure that had been erected after the diocese was formed in 1850.

In his seventh year as bishop, in 1929, Swint was honored by being named assistant to the pontifical throne by Pope Pius XI. This reward was in recognition of his work in building and advancing Catholic education in his diocese.

John J. Swint was born of December 15, 1879, in Pickens, West Virginia. He was educated at St. Charles College and St. Mary's Seminary in Baltimore and at the Catholic University of America, Washington, DC. He was ordained as a priest on June 23, 1904, in Wheeling. His first appointment was that of an assistant at a Wellsburg parish.

In September 1904, he began missionary studies in Washington, DC, but was recalled in 1905 and appointed pastor at Hinton. He served at Beckley and Weston before being named auxiliary bishop to Bishop Patrick J. Donahue of the Diocese of Wheeling in 1922.