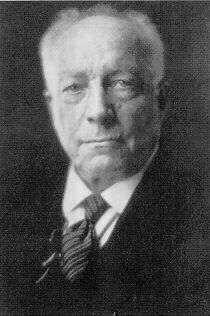 The youngest of 10 children, Schwinn was born in Switzerland on Dec. 10, 1854. His father and most of his elder brothers engaged in farming but it was his mother's wish that he should follow the profession of medicine. The family farm was near Schauffhausen, where he received his elementary and preparatory education.

His medical studies took him to the Universities of Heidelberg, Zurich, Wurzburg, Berlin, and Bern. It was necessary at that time for a medical student to attend a number of medical schools because few universities in Europe offered a complete medical curriculum. Schwinn received his medical degree at Bern, where he studied under a famed surgeon, Dr. Kocher.

In 1938, at the age of 83, while given only a local anesthetic, Dr. Schwinn supervised his own operation for a strangulated hernia — an event so unusual that it made news wires and was circulated throughout the country.