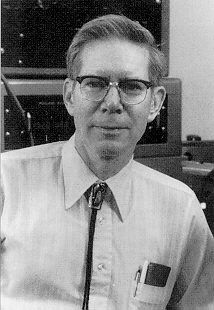 You have to wonder if the priest who donated a 6-inch reflecting telescope for use by the Wheeling public in 1935 had any idea of the incredible impact his gift would have on a boy who would go on to become one of America's leading astronomers of the 20th century.

Born on August 25, 1924, Harlan J. Smith was the son of Paul and Anna McGregor Smith of Wheeling Island. He graduated from Wheeling High School in 1942, the same year he was first runner-up in the first Westinghouse National Science Talent Search. After some college in Ohio, Smith joined the U.S. Army Air Corps in February 1943, and served until the end of World War II.

In summer 1946 he went to Harvard University where he earned his bachelor's, master's and doctoral degrees in astronomy, spending one year away from Cambridge, Mass., setting up a field station in New Mexico for the Harvard Meteor Project.

While writing his doctoral dissertation, he landed a teaching post at Yale University in 1953. He remained at New Haven, Conn., until 1963 when he accepted the challenge of becoming both the first Texas-based director of the University of Texas at Austin's remove McDonald Observatory in the Davis Mountains of west Texas and chairman of the university's small astronomy department. Under his leadership, the McDonald Observatory grew to become an international scientific attraction and he built the university's astronomy department into the largest in the nation.

In the area of pure scientific research, Smith made his mark by discovering the optical variability, and thus small size, of quasars; studying the influence of solar wind on radio emissions from Jupiter; and discovering the existence of a class of variable stars known as dwarf Cepheids, or Delta Scuti stars. He served on numerous national, scientific committees of the National Aeronautics and Space Administration, the National Science Foundation, and the National Research Council. From 1966 to 1970, Smith served on the National Academy of Sciences ad hoc Committee on the Large Space Telescope, a project that eventually resulted in the Hubble Space Telescope.

Among the first astronomers to realize the importance of ground-based observations in the planning and support of space missions, he convinced NASA to fund the McDonald Observatory's gigantic 107-inch reflector telescope for that purpose. NASA still supports planetary research on that telescope, which the University of Texas dedicated in July 1995 as the Harlan J. Smith Telescope. The University of Texas also established an endowment in Smith's name at the McDonald Observatory and honored him with the creation of a professorship in astronomy named for him.

Smith helped create "StarDate," a two-minute syndicated daily radio broadcast about planetary happenings, heard weekly by 10 million people in the United States and Canada. During his years teaching at Yale, he also wrote and produced the award-winning "Story of the Universe" educational film series and became active in national astronomical affairs as the co-editor of Astronomical Journal and as acting secretary of the American Astronomical Society.

He retired from the McDonald Observatory in 1989, focusing his remaining years on teaching and on space. Smith died at age 67 on Oct. 17, 1991, after a battle with cancer.

Three months before his death, Smith received the prestigious NASA Distinguished Public Service Medal, the space organization's highest civilian award, given only to individuals like author James Michener, author/astronomer Carl Sagan and teacher/astronaut Christa McAuliffe, "who have made extraordinary contributions to the accomplishment NASA's mission."

The citation for Smith's NASA Distinguished Public Service Medal reads: "For a lifetime of service to the astronomy and space communities, students, and public through teaching, research, public speaking, and leadership of advisory and oversight groups.