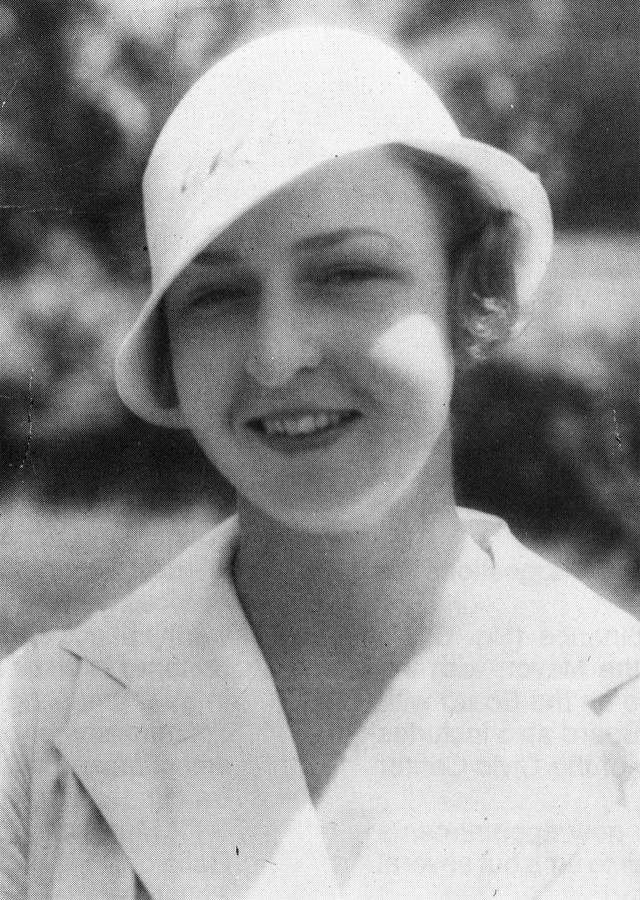 Winner of ten West Virginia State Women's Amateur Golf Championships, "Fritzi" Stifel Quarrier was the first female inducted into the sports Hall of Fame of her home state. However, her fame as a golfer reached far beyond the boundaries of West Virginia. She competed in national and international play.

Born in Wheeling on August 4, 1904, the daughter of Emily Pollock and Edward W. Stifel, she won her first state golf title in 1927 and her last in 1940. Twice she defeated her mother in the state final. Retiring from tournament golf in 1940, she was voted into the state Sports Hall of Fame in 1963. She died in 1967.

Mrs. Quarrier was a contestant in the United States Women's Amateur on ten occasions and made her best showing in 1935 at Interlachen, in Minneapolis, where she reached the semi-finals before losing to Mrs. Glenna Collett Vare, who was headed for her sixth national title. In 1927, "Fritzi" reached the finals of the Canadian Amateur. She won the Mason-Dixon Amateur in 1934 and was runner-up in 1935. The Wheeling golf star was the West Virginia amateur athlete of the year in 1934.

She traveled to England as a member of the U.S. team for international competition in 1930. Those matches were a forerunner of the Curtis Cup. Mars. Quarrier was ranked seventh in the nation among women golfers at that time.

Also an accomplished violinist, Mrs. Quarrier was an original member of the Wheeling Symphony Orchestra.