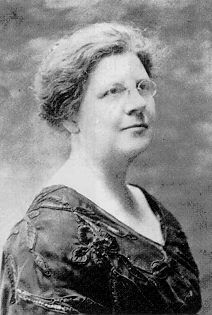 Born as Louise Butler in 1861, she became known nationally and internationally for her philanthropic work but she was also extremely active in her home community. The wife of a prominent Wheeling physician, Dr. Robert J. Reed, she established the King's Daughters Nursery in the city and was a leader in the founding of the local Young Women's Christian Association. She served the Wheeling YWCA as president for 10 years. It was during her administration that the current YWCA building was erected at Eleventh and Chapline Sts.

Mrs. Reed — a personable, intelligent woman with a talent for organization and leadership and with a devotion to service — touched the lives of many. She served in local and state office with the King's Daughters, in addition to being president of the state branch and recording secretary and finally president of the International Order.