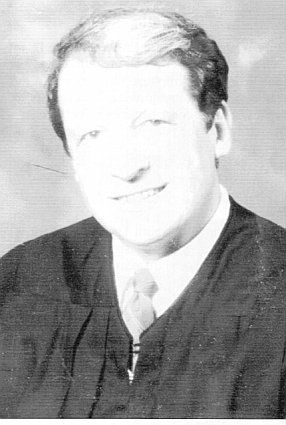 In a tribute to Justice Thomas B. Miller in the Spring 1995 edition of the West Virginia Law Review, former Clerk of the Court Ancil G. Ramey characterized Miller's tenure on the West Virginia Supreme Court bench as follows: "One of Miller's finest achievements was his ability to sustain, without regard to the political consequences, the constant struggle to articulate a more precise expression of the law to meet the demands of contemporary society, hoping that his efforts might not only serve the needs of the present but also provide guidance for the future evolution of the law."

Regarded by many as one of the finest jurists in the history of the state, Miller was elected to the state's high court and took office on January 1, 1977. He began serving his second twelve-year term January 1, 1989, and retired August 30, 1994. He currently serves as special counsel with Schrader, Byrd & Companion, returning to the Wheeling law firm where he served for nearly 20 years before his election to the West Virginia Supreme Court of Appeals.

In the tribute referred to above, fourteen of Justice Miller's most prominent opinions are cited. Examples include LaRue v. LaRue in which the issue was fairness to women in the distribution of marital assets upon divorce; Orr v. Crowder concerning the issue of free speech rights for government employees; In re Investigation of the West Virginia State Police Crime Laboratory which dealt with allegations of misconduct by a former state police serologist; and Winkler v. State School Building Authority which involved constitutional limitations on public financing. In 1979, the American Trial Lawyers Association designated the West Virginia Supreme Court as the nation's outstanding appellate court and, as a member of the court, Miller received the organization's Judicial Achievement Award. In 1988, the West Virginia Education Association presented Miller with the Margaret Baldwin Friend of Education Award for his opinions concerning public education. In 1994, then West Virginia Governor Gaston Caperton selected Miller as the recipient of the Distinguished West Virginian Award for outstanding achievement and meritorious service.

Concluding the 1995 West Virginia Law Review tribute, the author states: "The relationship between appellate and trial judges, granting the ability of one to overturn the decisions of the other, can be rather awkward. Justice Miller was, however, well-suited to the work of an appellate judge. Scholarly, intelligent, compassionate, fair-minded, even-tempered, modest, self-deprecating and industrious are all adjectives that describe him."

Miller was born in 1929 in Buffalo, New York and later graduated from high school in Staunton, Virginia in 1946. At the University of Virginia, he was a member of the NROTC and upon graduating in 1950 he received his commission as an ensign in the United States Navy and was assigned to the U.S.S. Leyte Gulf, an aircraft carrier which served in the Seventh Fleet off Korea during the Korean War. He was honorably discharged as a lieutenant in 1953 and enrolled in law school at West Virginia University where he was a member of the West Virginia Law Review and received his law degree in 1956. In 1995 he received from the West Virginia University College of Law its highest honor for excellence in the legal profession, the Justitia Officium Award.

Miller resided in Wheeling with his wife, Vaughn Nolte Miller, whom he met while studying in Morgantown. They had four sons, George in Greenville, South Carolina; Ken, in Charleston, West Virginia; and Brad and Brian in Wheeling. Miller passed away, August 12, 2008 and is interred in Greenwood Cemetery.