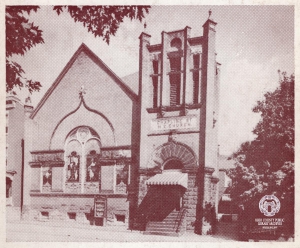 Designed by the Wheeling architecture firm, Giesey & Faris, this church, originally known at the Chapline Street Methodist Episcopal Church, was built in 1901.  It was described in the 1983 Centre Market Square National Register Nomination Form as being, “a curious but interesting eclectic organization of architectural styles using elements of Romanesque and Byzantine architecture. Romanesque is expressed in the heavy stone belt course, the stone emphasis at the main entrance and the great arched entrances at the base of the tower. The arches spring from heavy piers topped with cushion capitols. Byzantine influences can be seen in the ogee arch above the great stained glass windows with its impressive voussoir-shaped brick infill. The ogee arch detail also appears over the large entry arches. Byzantine expression is seen in the diamond-shaped shafts in the tower and at building corners.”

The Chapline Street M. E. congregation was established in 1848 and by the turn of the 20th Century, had outgrown their previous worship space. This new church replaced an earlier church which had stood upon the same grounds for over fifty years and was memorialized in the new cornerstone laid October 2, 1901, which reads, “Chapline Street M. E.  Church, 1848-1901.”  A box placed in the new cornerstone contained, among other things, a history of the church and other church related articles, a photograph of the wife and daughter of the Rev. J.S. Robinson, a sketch of the Rev. himself, several copies of Wheeling newspapers, several coin, the cards of Geisey & Faris, foreman Charles Wallace, and bricklayer Edward King, and a list of contractors on the building. 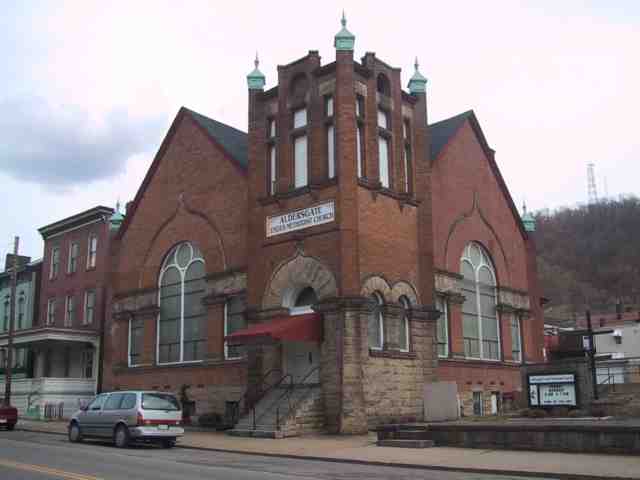 In 1966, it merged with Wesley Methodist Church and was renamed Aldersgate United Methodist Church. The church, since 2005, had been the home of the “Unity Center,” an organization that provides a safe and sober environment for those dealing with addictions, and is also used as a meeting place for a number of 12 step organizations such as alcoholics anonymous. In December 2017, the Unity Center moved to 4850 Eoff St. in Benwood, WV. The building is now owned by Farm Direct LLC of Sherman Oaks, CA/Snowflake, AZ. 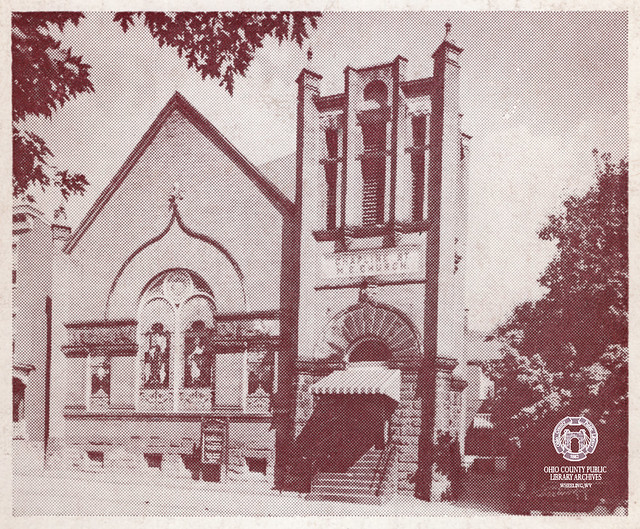 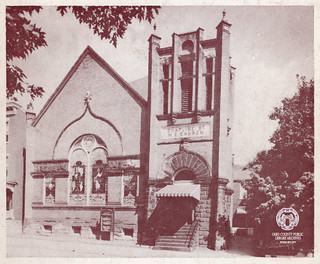